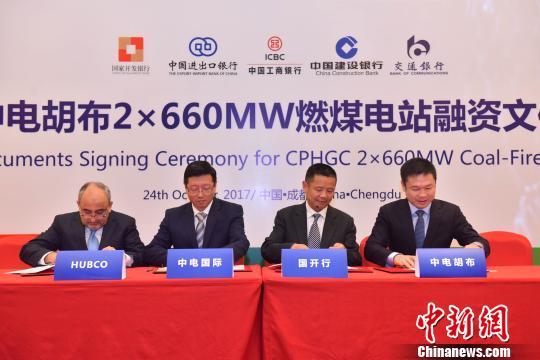 With a total capacity of 1.32 gigawatts, the project comprises two coal-based power plants with capacity of 660 MW each.

The power plant is expected to start operations in August 2019, eventually producing 9 billion kwh, meeting needs of 4 million Pakistani households and create 10,000 jobs in the country.

It is also one of the projects of China-Pakistan Economic Corridor, which connects Kashgar in northwest China's Xinjiang Uygur Autonomous Region with Gwadar Port.