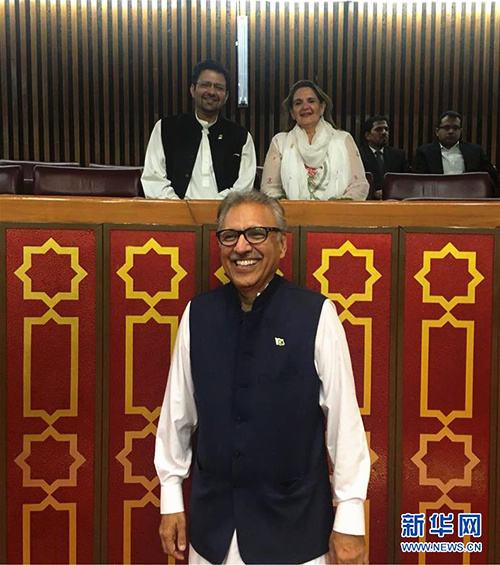 The following is a profile of Alvi.

Alvi is one of the founding members of Pakistan Tehreek-e-Insaf (PTI) party. He held the offices of PTI secretary general from 2006 to 2013 and PTI's president of Sindh province since 2016.

It will be his first visit to China since assuming office as Pakistan's president.