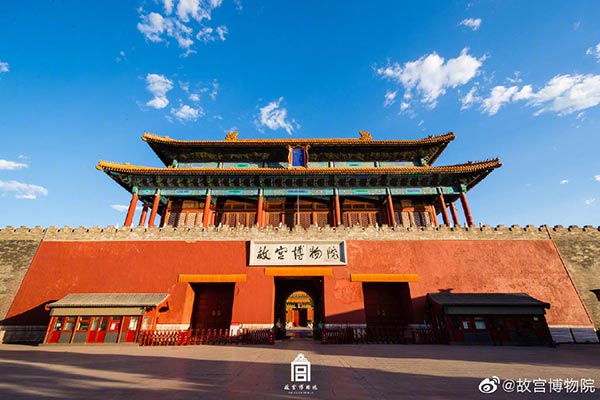 The director of the Palace Museum in Beijing, also known as the Forbidden City, apologized on Tuesday for a controversial event brought to the public's attention by a social network post on Sina Weibo on Friday.

Overwhelming negative public comments poured into cyberspace because the post featured a woman who showed off parking a luxury car inside the Forbidden City on Jan 13, which was a Monday. The compound is closed to the public on Mondays.

As the 600-year-old Forbidden City was China's formal imperial palace from 1420 to 1911, the public reacted furiously, fearing damage to cultural relics, and noting the fact that in recent years, even some foreign state leaders in a motorcade were asked to stop outside the Forbidden City when they visited the site.

Wang Xudong, director of the museum, released the apology through the museum's official account on Sina Weibo early Tuesday morning.

The director said there was an event at the museum that was approved by museum authorities and was attended by about 200 people on Jan 13, but he admitted that the woman's vehicle was not left at the appointed parking lot by the museum's western gate. Instead, the car stopped on the square in front of the Gate of Supreme Harmony by the entrance.

That gate leads to the Hall of Supreme Harmony, the highest-level architecture in the Forbidden City, which makes the parking location a focus in the controversy.

Wang, responding to the public's questions on whether cultural relics were damaged when the vehicle drove through, explained that the ground it drove on was made of modern materials and had been done in recent renovations. The area sometimes had been used as a temporary driving passage when the museum was closed to public visits.

Due to the absence of rigid management though, a Palace Museum deputy director who is in charge of security and a supervisor in the museum's security department have been suspended for investigation. Checking vehicles entering the compound and their parking locations will be enhanced, Wang promised.