"The inauguration ceremony is of historic significance," said Varela, adding, "Panama will firmly abide by the one-China principle and develop a friendly cooperation relationship with China."

Varela is visiting China from Nov. 16 to 22. This marks the first trip by a Panamanian leader to China since the two nations established diplomatic ties on June 13. 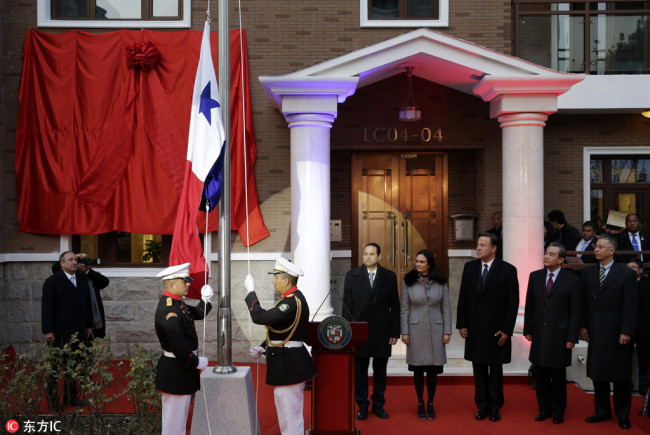 "The decision to establish diplomatic ties with China by President Varela is in accordance with the historical trend and serves the state, national and people's interests of Panama," said Wang.

There has been new progress every day since the bilateral relations were established. The state visit by Varela and the first meeting between the top leaders from the two countries will open a new era of common development, the foreign minister added. 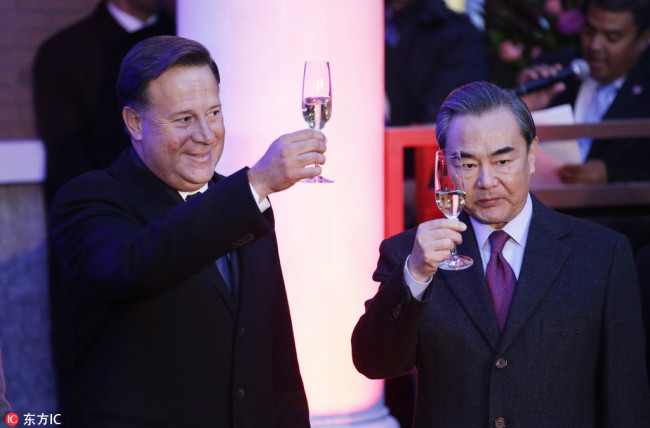 China and Panama signed a joint communique on June 13, in which the government of Panama severs "diplomatic relations" with Taiwan as of that day and undertakes not to have any more official relations or exchanges with Taiwan.