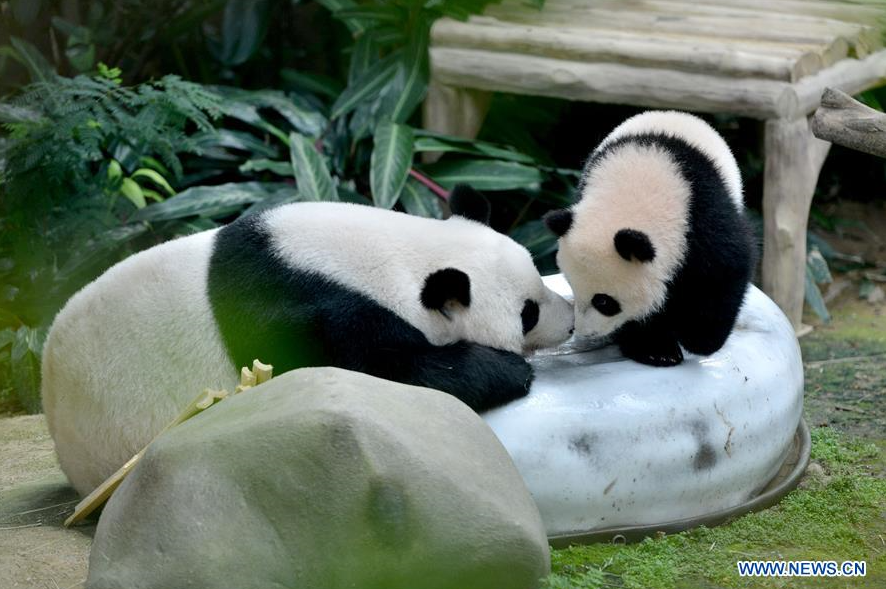 The black circles around pandas' eyes have turned white from mite infections at a breeding base in Southwest China, a base staffer confirmed Tuesday.The infected bears were separated for treatment at the Chengdu Research Base of Giant Panda Breeding in Sichuan Province, a base staff member told the Global Times on Tuesday. "No more than 10 pandas were infected by mites," said the staff member who asked not to be named. "The infection is not highly contagious," she added. "The insecticide treatment did not have the expected effect on some of the pandas, so we have imported new medicine," according to the staffer.  Pandas are easily infected by mites as they are sensitive to the humid Sichuan environment where bacteria spreads easily, Chengdu Business Daily reported, citing unnamed experts from the Chengdu base. The new medicine is being tested for safety before use, according to the staffer. Similar symptoms affected pandas in the Wolong National Nature Reserve in Sichuan, Chengdu Business Daily reported Tuesday.Base staff did not reveal when the infection started, but online observers suggested as early as five years ago. Some questioned whether the center was taking the best possible care of the vulnerable species. The base is working with Sichuan Agricultural University to solve mite infections, Chengdu Business Daily reported.