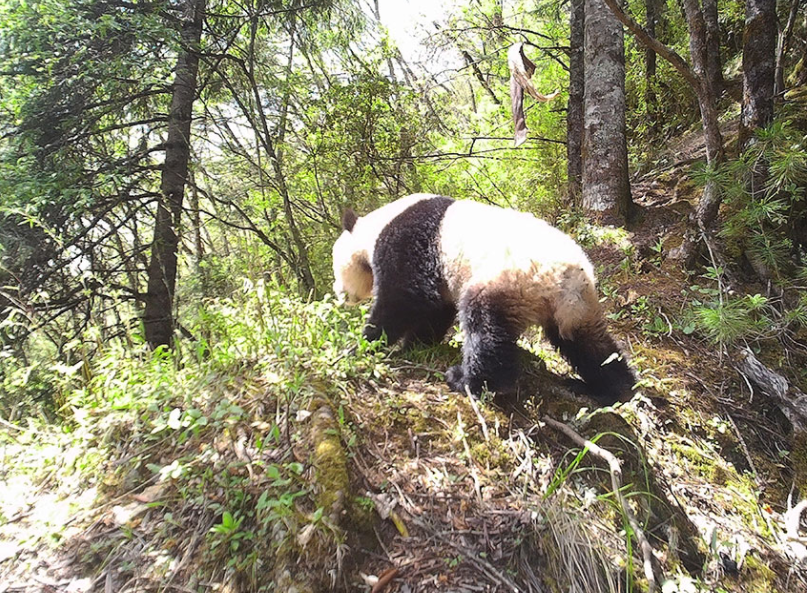 A female panda remains in critical condition three days after it was spotted in a forest in Southwest China's Sichuan Province.

Between the age of 16 and 20, the panda was found in a forest in Changhe village, Meishan city on Thursday, an anonymous employee from the Chengdu Research Base of Giant Panda Breeding, told the Global Times on Sunday.She added that the panda is still being treated, in critical condition, but they do not know how the panda got hurt.The panda was found curled up in a bamboo forest and was in desperate need of treatment when she was found, China News Service reported on Sunday. "My family members heard a noise from the bamboo forest. I came to check what happened and found the panda," Li Wanfang, the villager who first discovered the panda, was quoted by Xinhua News Agency as saying. Experts from the base said they found the panda motionless.The panda was anaesthetized first and then transferred to the village official's house for further treatment, China News Service reported. It said that the panda suffered from a fractured rib, parasites and stomach problems. Experts from the base said they will transfer the panda to the rescue center after her condition stabilizes. China's State Forestry Administration said that as of the end of 2013, there were fewer than 2,000 pandas living in the wild, mainly in the mountains of the provinces of Sichuan, Shaanxi and Gansu, Xinhua News Agency reported.China plans to build a Giant Panda National Park spanning these three provinces to help increase the number of wild pandas.Once completed, pandas will roam freely between their current far-flung habitats. It also means a lot of people will have to move - at least 170,000 people in Sichuan will have to relocate to establish the protection area.