CHENGDU, Sept. 18 (Xinhua) - A pair of panda twins were born to both captive and wild parents in southwest China's Sichuan Province, according to China Conservation and Research Center for the Giant Panda. 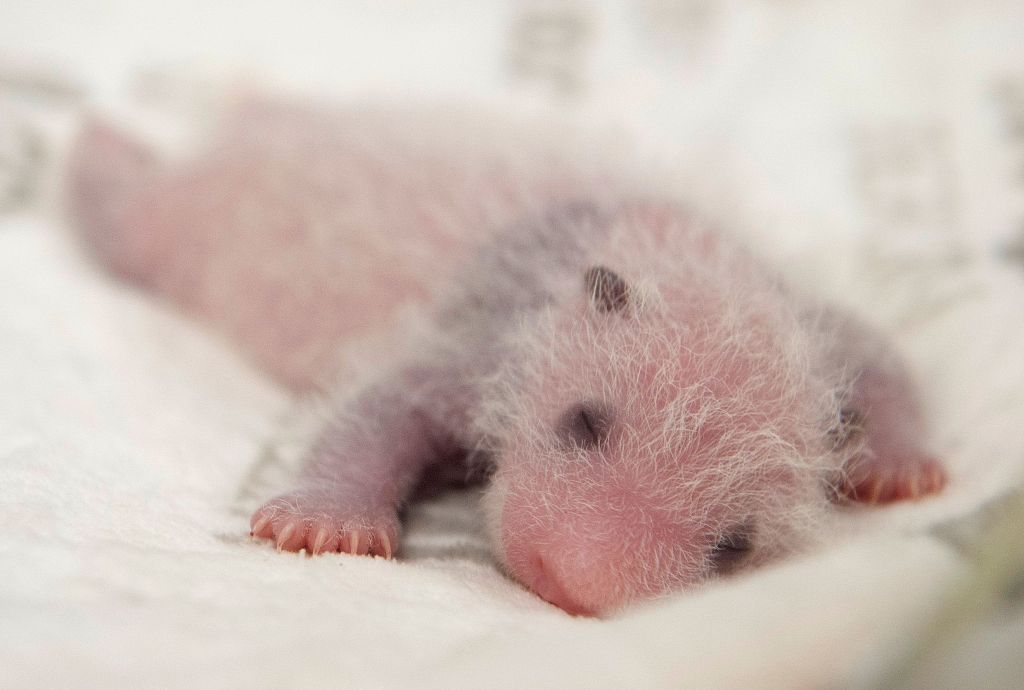 Panda Qiao Qiao, 10, gave birth to the twins at the Hetaoping panda base in Wolong on Sept. 16. One of the cubs is male and weighs 206.6 grams, the gender and weight of the other are still unknown as it is under the close protection of the mother. Experts say it is very rare for a panda cub to weigh over 200 grams.

Rescued from the wild, Qiao Qiao grew up in captivity. She was released into the wild in March and mated with a wild panda in April.

China initiated a panda reintroduction program to increase the genetic diversity of captive pandas in 2017. Panda Cao Cao was the first to mate with a wild panda and has given birth to five cubs so far.

"The successful breedings have given us confidence and scientific data to explore a new method of wild training to effectively increase the genetic diversity and sustainable development of the wild panda population," said Zhang Hemin, a panda expert.