Strict pandemic control measures will be in place during this year's summer camps for students, organizer Youth League Shanghai said on Tuesday. 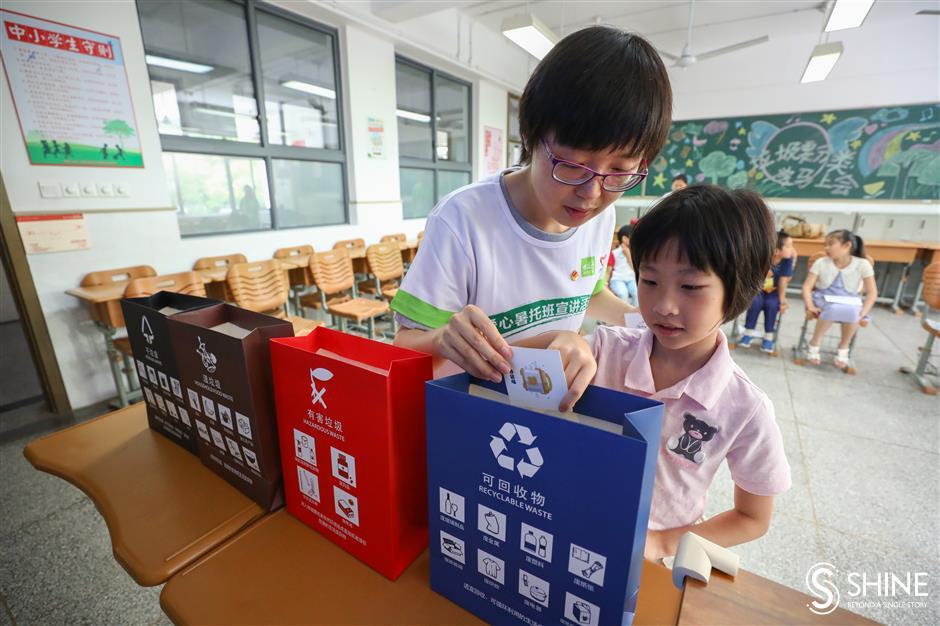 Tens of thousands of children between 7 and 12 years old will attend two-term, three-week camps at 543 locations around the city.

Since 2014, over 180,000 pupils have attended "Love Summer Camps," introduced to help working parents during the summer holiday. They weren't held last year due to the COVID-19 pandemic.

Parents who sign up their children for the camp must sign a pledge that neither they nor their children have been to pandemic areas or have had contact with COVID-19 patients or those suspected of it within 14 days before the camp opens.

Children are advised not to take part in other mass classes or travel during camps, and those who fall ill for any reason will only be allowed to return to camps after recovery.

Temperature checks are compulsory for anyone entering camp sites, and anyone not attending or serving at camps won't be allowed in while a camp is on.

Contingency plans have been made in the event of suspected COVID-19 cases, and all lecturers and volunteers at camps need to have validated vaccination records.

All classrooms in camps will, for the first time, be covered with surveillance cameras which can be monitored live from the government's web platform, with footage kept for a certain period in case the need for a review arises.

Wu Bin, vice secretary of the Youth League Shanghai, said the government will enable children's parents to follow classes online in the future.

As in past years, classes ranging from art to sports will be offered, with a new course in public health.

Hu Renjie, from the Shanghai Children's Medical Center, was part of the team which developed the course.

"Children will learn how to correctly wash their hands, how to protect other people when coughing or sneezing, and how to maintain good eating and exercising habits so as to prevent obesity and bad eyesight," he said.

Over 12,000 student volunteers will work at the camps this year.