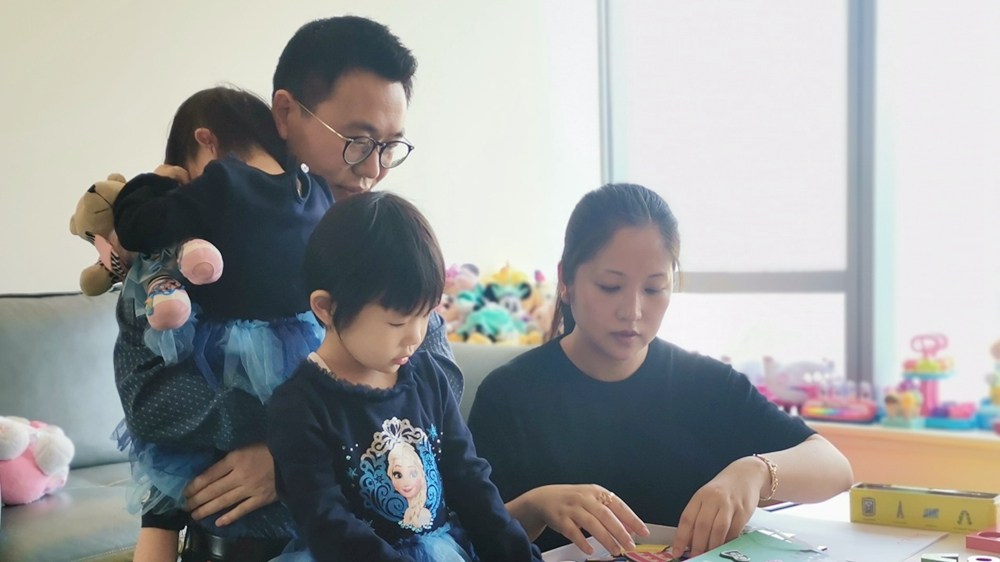 The months-long protests in Hong Kong made some people consider moving away. But it would be a hard decision, especially for families with children.

Zhang Na and Li Min were born on the Chinese mainland and they moved to Hong Kong about a decade ago. Their daughters, Angel and Nina, were born in the city.

Zhang said when she gave birth to the twins in 2017, life in Hong Kong changed for her and her husband. It wasn't just about having a career anymore.

"It doesn't matter how long I've been here. Hong Kong is not my hometown, my second hometown at most. But my daughters are native here," Zhang said.

But the long-lasting unrest in the city has affected the family. Zhang said she was speechless and couldn't explain the violence, when her daughters asked them after seeing TV reports about the protests.

"No matter what I say, the children have been exposed to the violence. I really don't know how much they've been affected psychologically," Zhang said.

The couple decided to settle in Hong Kong due to its advanced medical care and education.

As parents, Zhang said they could guide their daughters to shape their social values. But the external environment makes it a challenge.

"Born and raised in a family like ours, my daughters may have non-mainstream ideologies in Hong Kong. If they want a happy life, they need to join the mainstream. But if they were assimilated, our family could be torn apart," Zhang said.

Working in finance and business industries, they are considered elites in Hong Kong.

They said they avoid talking about politics with their colleagues, as the current situation has exposed some deep-rooted conflicts in society.

"The hard part is we haven't found a clear solution to resolve the issues. We don't know how long it will last. People are afraid of the unknown," said Li Min, Zhang's husband.

"You don't know where it will take you. It's just hard to make plans," Li said.