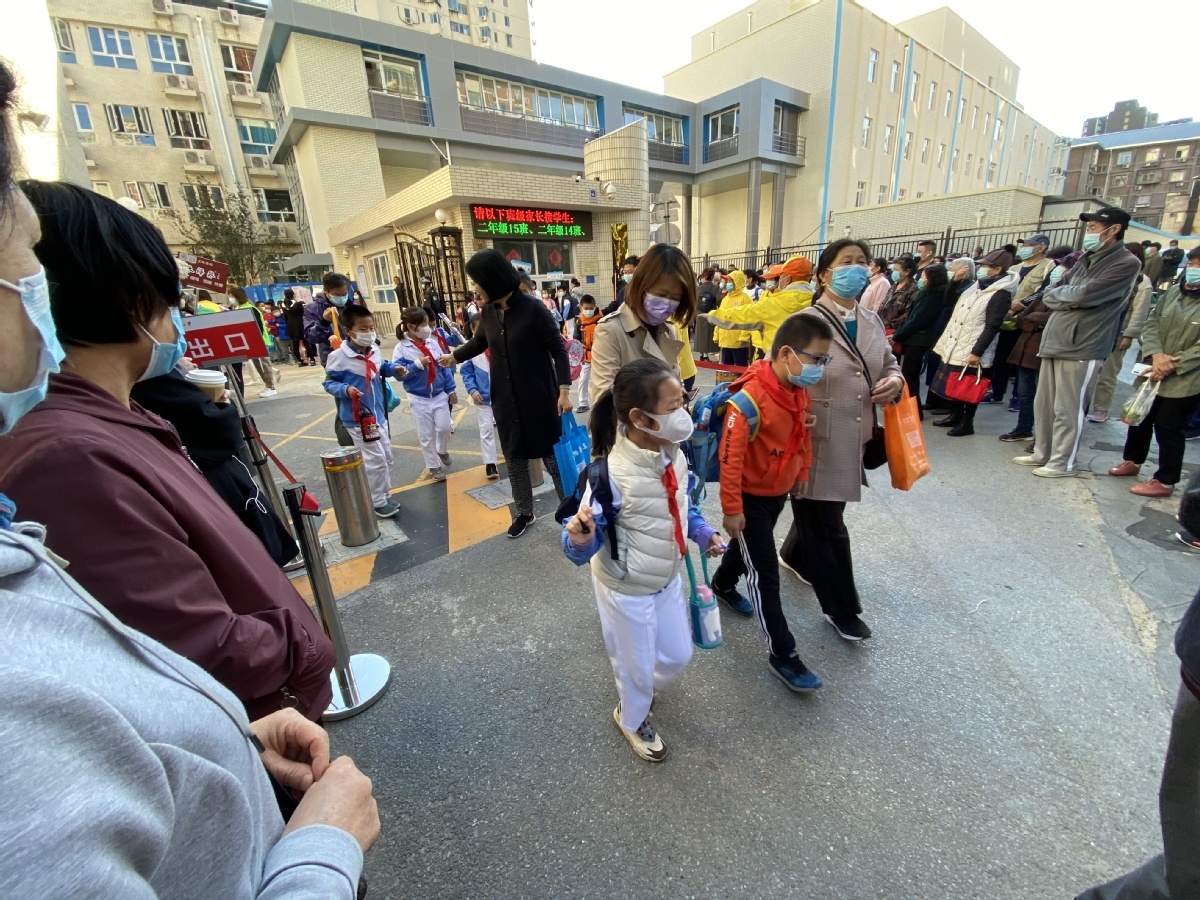 Parents and grandparents wait for children after classes at a primary school in Beijing. (Photo: China Daily)

Fraught parent-teacher relationships are nothing new in China, but social media has given them a new dimension.

Heated discussion has been prompted by WeChat teacher-parent groups, resulting in a high degree of emotion on both sides.

For example, when a teacher asked a 34-year-old father at a school parents' meeting why he constantly failed to reply to WeChat group messages, and also about the way in which he cared for his son, the father burst into tears.

According to media reports, the father, surnamed Yu, whose wife died many years ago, said he had too much work to do to support two elderly family members and his son. As a result, he was unable to follow the hundreds of messages in the chat group.

In Jiangsu province, another young father posted a short video, in which he asked, "What's wrong with me quitting the WeChat group?"

The footage went viral, with many netizens supporting the father's decision, but saying they dare not follow suit, as they feared their children would be treated differently at school.

In the video, the father said one teacher always told parents to correct their children's homework, which he believed was the teacher's job.

These fathers are just two of the millions of parents who have complained about WeChat teacher-parent groups being used as a new mode of communication between schools and families.

In addition to grievances over parents being asked to help correct their children's homework, many other protests have been made against the groups.

Han Fang, the mother of a primary school student in Beijing, said, "There are too many messages and the phone keeps beeping while I'm at work.

"I dare not block group messages in case I miss important news, but there are always many useless group texts and you never know whether you should check these messages or not."

Unlike other apps, WeChat's audio messaging and video chat functions enable parents and teachers to talk to each other whenever and wherever they want.

However, such convenience has become a source of stress for teachers and parents.

Teachers feel pressured to respond to parents at any time of day, while parents worry about how they should react in such groups.

Han said: "I understand that the groups can help with direct, swift and informative communication between teachers and parents, which was the original aim, but I don't know when it changed to become a 'free-for-all', with parents arguing, showing off and attempting to curry favor with teachers."