Hundreds of honored guests from China and France attend the event, jointly celebrating the 55th anniversary of the establishment of diplomatic relations between China and France, as well as the arrival of the Chinese Lunar New Year. The theme "Dance, poetry and martial arts” was inspired by the pronunciation of “fifty-five” in Chinese.

Red lanterns, Chinese knots, and different styles of kites decorated the scene. With warm red light shining on the stage, the atmosphere was very festive.

Many of the acts were performed by Chinese and French artists together, showcasing the accomplishment of cultural exchanges between these two countries.

Martial arts performed by Chinese and French artists together.

In addition to the artistic programs, a large number of guests were invited to recall the history of diplomatic relations between China and France.

They told the story of friendship between Chinese and French people over the past 55 years, in the form of interviews and dialogues. 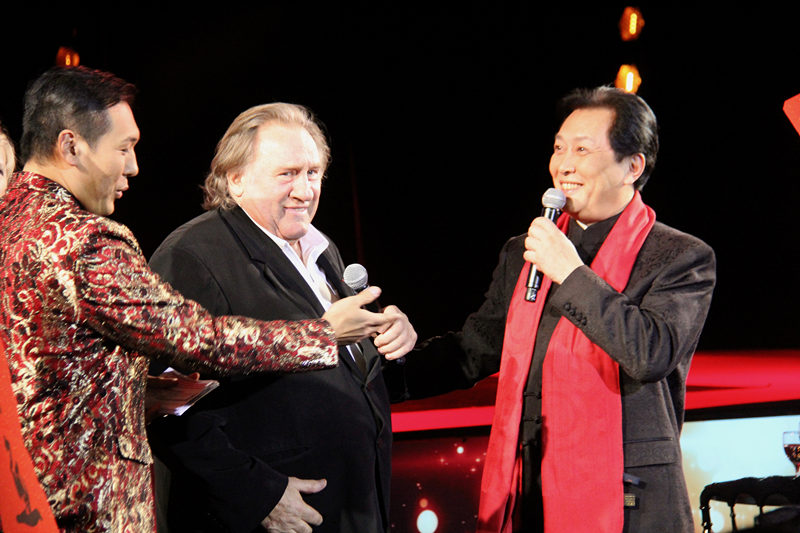 Wang Bin, president of the Economic and Cultural Development Association of Shanghai in France, said, “The format was very novel, and the audience could feel the warm friendship between China and France amid the atmosphere of celebrating the new year, especially the stories told by the French people to show the cooperation between the two countries in culture, economy and even science. It is very helpful in bringing the people of the two countries closer together.”

The gala was produced by the State Council Press office and the Chinese Embassy in France, and jointly held by the International Communication Center (CICC) and TV5 Monde.

A recording of the gala is planned to be broadcast on TV5 Monde-owed channels in Europe, Asia, the Middle East, the United States, Latin America, and Africa starting on February 4, the start of the Spring Festival. This broadcast will spread the story of the blossoming of Chinese and French friendship, and display the renewal of China's Spring Festival culture spirit.