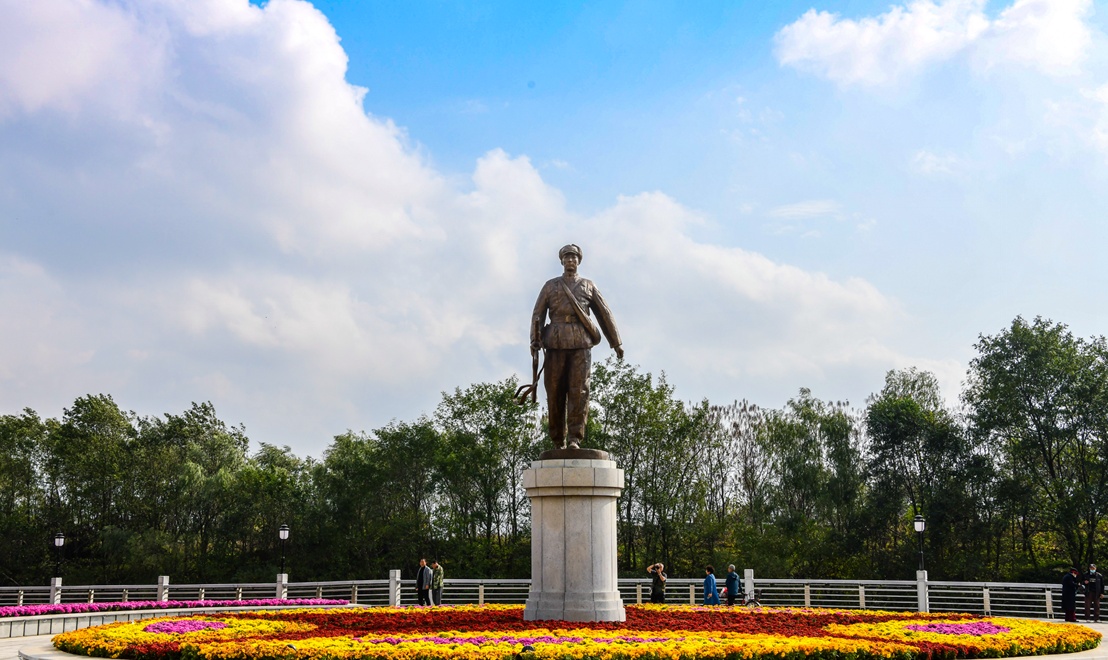 Sculptures on display in a park in Dandong, Liaoning province, commemorate China's fight in the War to Resist US Aggression and Aid Korea (1950-53). (Photo by Liu Haidong/ For chinadaily.com.cn)

A park in Dandong, Liaoning province, featuring sculptures that depict the contributions of the Chinese People's Volunteers in the War to Resist US Aggression and Aid Korea (1950-53) opened to the public on Thursday.

It took more than six months to build the unique cultural landmark — a 13-hectare park with beautiful natural landscapes and military exhibition halls.

"The park is not just for supporting leisure and fitness but also to show the unique culture of this heroic city. We want to provide citizens with a base of patriotism education," said Fang Lunge, head of the afforestation department of the Dandong housing and urban-rural development bureau.

Highlighting the park is the group sculptures of the Chinese volunteers created by artists of the Luxun Academy of Fine Arts.