CHINA Parks in Beijing gear up for Chinese New Year

Parks in Beijing gear up for Chinese New Year 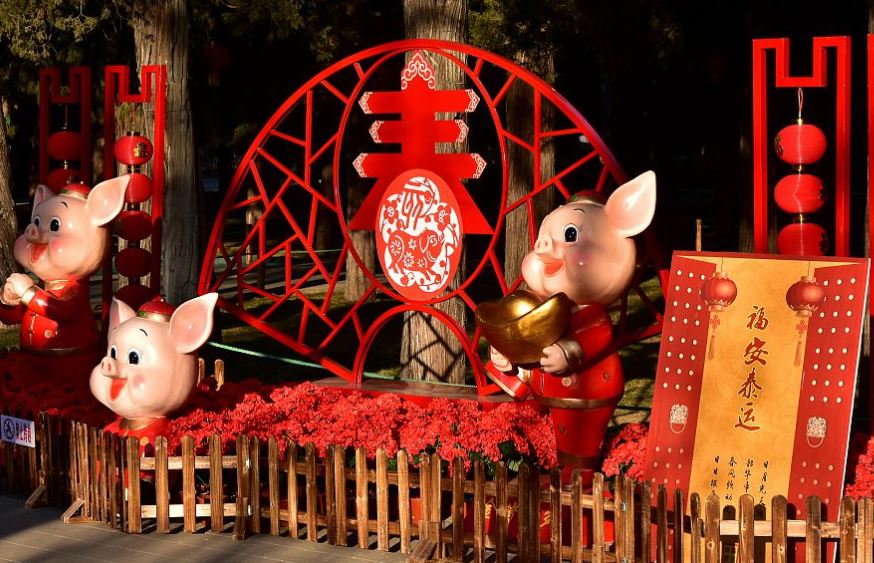 As China has started counting down to the lunar New Year, many cities are busy getting ready for the occasion. The parks in Beijing are not exceptional. Many have already put up traditional Chinese decorations to welcome the forthcoming Chinese New Year as well as numerous revelers during the holiday.

The traditional decorations of the following parks in Beijing will give you a taste of an authentic feel of Chinese New Year.

From January 24 to February 19, Jingshan Park is holding a series of events where visitors can overlook the Forbidden City, make New Year's resolutions, experience traditional customs and taste local snacks.

Various typical Chinese New Year ornaments, such as red lanterns and Chinese knots, have brought a festive spirit to the park, attracting many to come and visit.

As it faces the north gate of the Forbidden City, visitors can get access to the panorama of the royal court from the peak of the hill. Also, Wanchun Pavilion inside the park is a hot place for photographers to shoot the sunrise in New Year's morning.

The Temple of Earth

The Temple of Earth, also known as Ditan Park, in Dongcheng District, has put on festive decorations for its 34th Temple Fair, or Miaohui in Chinese, a traditional folk activity in China.

As one of the most popular temple fairs in Beijing, the Ditan Temple Fair is scheduled to open on February 5, the first day of lunar January and lasts for five days until February 9, each day from 8:30 a.m. to 5:00 p.m. It is themed to exhibit innovation through its cultural inheritance, and present its historical achievement as well as the promising future.

Badachu Park in northwestern Beijing is about to finish decorating for its upcoming 6th Temple Fair which also starts from February 5. The decorations highlight the traditional Chinese characteristics by making good use of various elements, such as lanterns, paper-cuts and calabash, all in the colors of red and golden yellow, symbolizing prosperity and good luck.

Badachu Park is a popular tourist attraction in Beijing, characterized by its long history, old temples and beautiful scenery. It is also called Eight Great Sites Park. As indicated by the name, there are eight Buddhist temples and nunneries scattered in the park. Visitors often take a stroll from one temple to another, admiring the delightful scenery, ancient pavilions and rare trees.