Despite the chilly weather, farmers in a village that used to be one of the poorest in North China's Hebei Province are warm in heart. They have reaped a good harvest this year.

Potato mini-tubers, a special local product, are no longer unsalable, but are leading the villagers to wealth and prosperity.

After targeted anti-poverty interventions led by local Communist Party cadres and members, most families in Desheng village, Zhangbei County, have shaken off poverty. 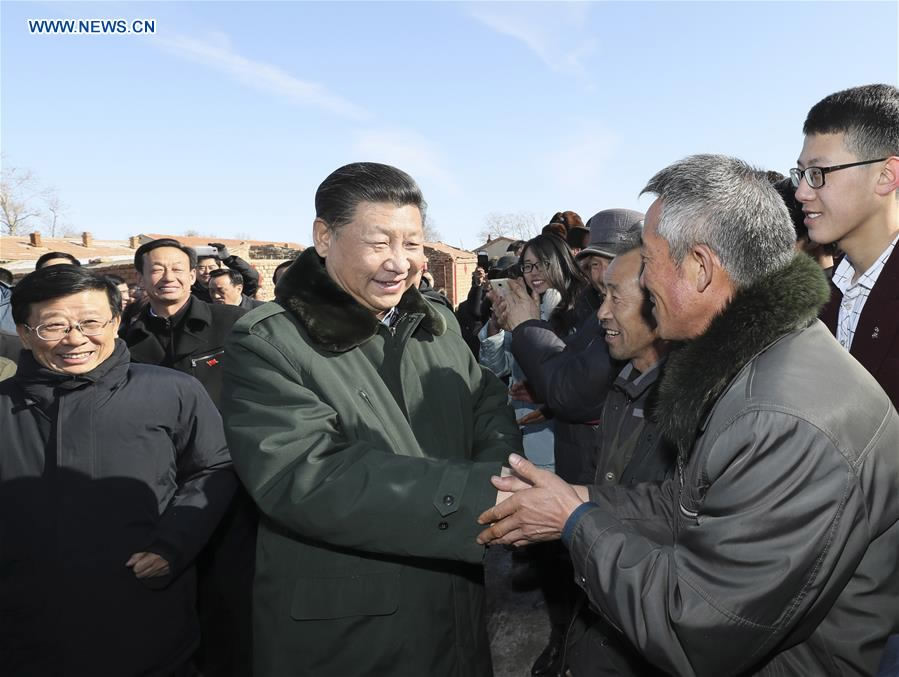 On January 24, 2017, Xi Jinping, general secretary of the Central Committee of the Communist Party of China and Chinese president, visited the village and spoke with villagers and local cadres.

He stressed "trains all rely on locomotives to run fast," underscoring the importance of the leadership in the battle against poverty.

They agreed that "neither giving money or gifts is better than establishing a good party branch," and decided to build the committee into a battle fortress to fight against poverty.

Ye, who is also chairman of the village's vegetable production cooperative, determined that increasing the number of greenhouses in order to plant mini-tubers might be a way to eradicate poverty.

With poverty-relief funds, the cooperative helped build a total of 280 greenhouses, and each household that was below the poverty line could have one for free. The rest were for rent.

Xu Haicheng got one for free and he rented five more. "Xi held a meeting at my home. I must 'roll up my sleeves to work harder,'" Xu said. 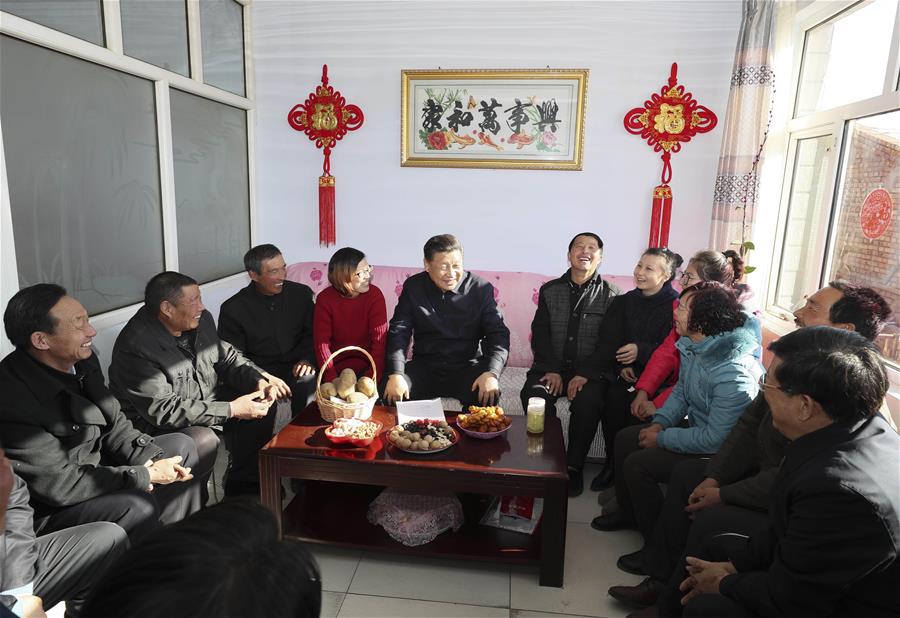 Chinese President Xi Jinping talks with villagers and local cadre at the home of villager Xu Haicheng on Jan. 24, 2017.

Other Party members also got involved. Liu Guirong became a technical expert on mini-tuber planting and offered guidance to any villager that is in need.

The villagers embraced their first harvest in winter of 2017.

However, the price dropped to 0.1 yuan ($0.015) per tuber due to oversupply in the national market. Like many farmers in Desheng, Xu was worried about selling his 900,000 mini-tubers.

This also worried the Party branch members, especially Ye. He couldn't sleep well for several days:“I must figure out a way for the farmers to pull through.”

Finally, Ye led the cooperative to acquire partnership of a seed company, which purchased all 24 million mini-tubers in the village with a price of 0.17 yuan per tuber.

"Without help of the village cadres and the cooperative, I would have suffered a great loss," Xu recalled. 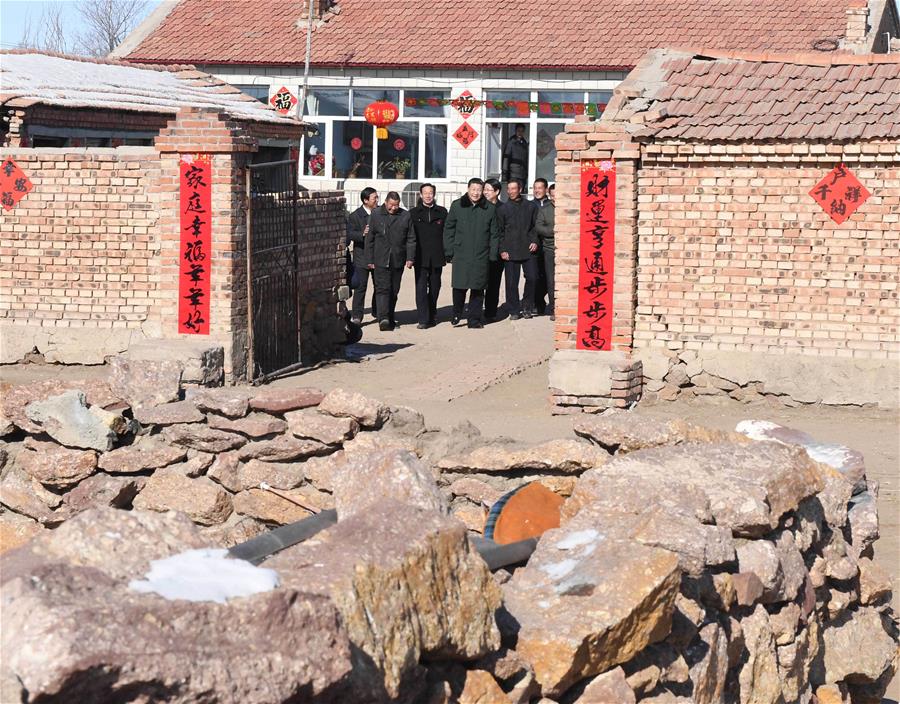 The village officials have learned a lesson and developed a new cooperative model that combines company, cooperative and farmers together to control risk. Pre-orders were introduced. In addition, they opened an online store and the potatoes that obtained green certification were well received.

Lu Jinlong is happy that he could earn as much as 90,000 yuan last year from his eight greenhouses.

"With the leadership of the Party branch and pre-orders of professional firms, we dare to expand planting areas," said another farmer Ye Runfang.

In addition to mini-tubers, the village Party branch has also extended areas to erect photovoltaic panels and encouraged the farmers to grow other plants like beets and oats.

In 2013, in the 443 households of Desheng village, 212 were registered under the poverty line. Now, there is just one household of two people under poverty line.

"Getting rid of poverty is just the first step. We will keep Xi's instructions in mind, and lead villagers to become well-off, and live better and better," Ye said.