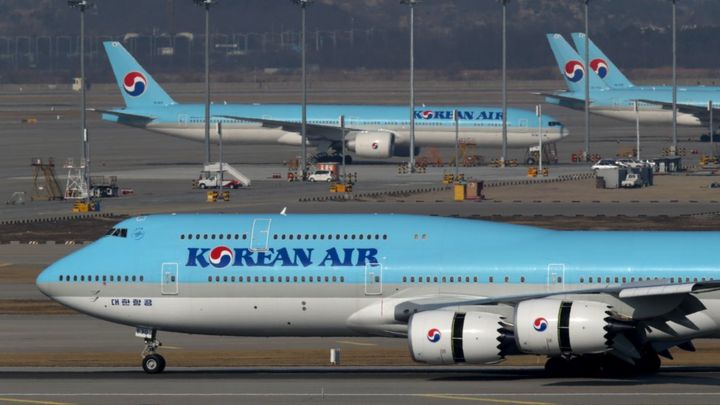 CHANGCHUN, Aug. 20 (Xinhua) -- Passenger flights resumed Thursday between Yanji, a border city in northeast China's Jilin Province, and Daegu, in the Republic of Korea (ROK), after being suspended for more than four months due to the COVID-19 pandemic.

A Boeing 737-800 aircraft carrying some 140 passengers landed at Yanji Chaoyangchuan International Airport at 10:50 a.m., marking the resumption of services, according to the airport.

It is the first international air route to resume passenger-flight operations in Jilin following the pandemic. The route will be operated from Aug. 20 to Oct. 24.

According to the new schedule, flight TW683 will depart from Daegu at 9 a.m. local time every Thursday, while the return flight, TW684, will depart from Yanji at 11:50 a.m. on the same day.

Operated by T'way Air, a low-cost airline from ROK, the 189-seat aircraft is limited to 141 passengers per flight for the purposes of epidemic control.

Inbound passengers must undergo a 14-day quarantine period in Yanji.

As required by the ROK's epidemic control measures, all passengers to Daegu will be transported to the Incheon International Airport, Seoul. Enditem