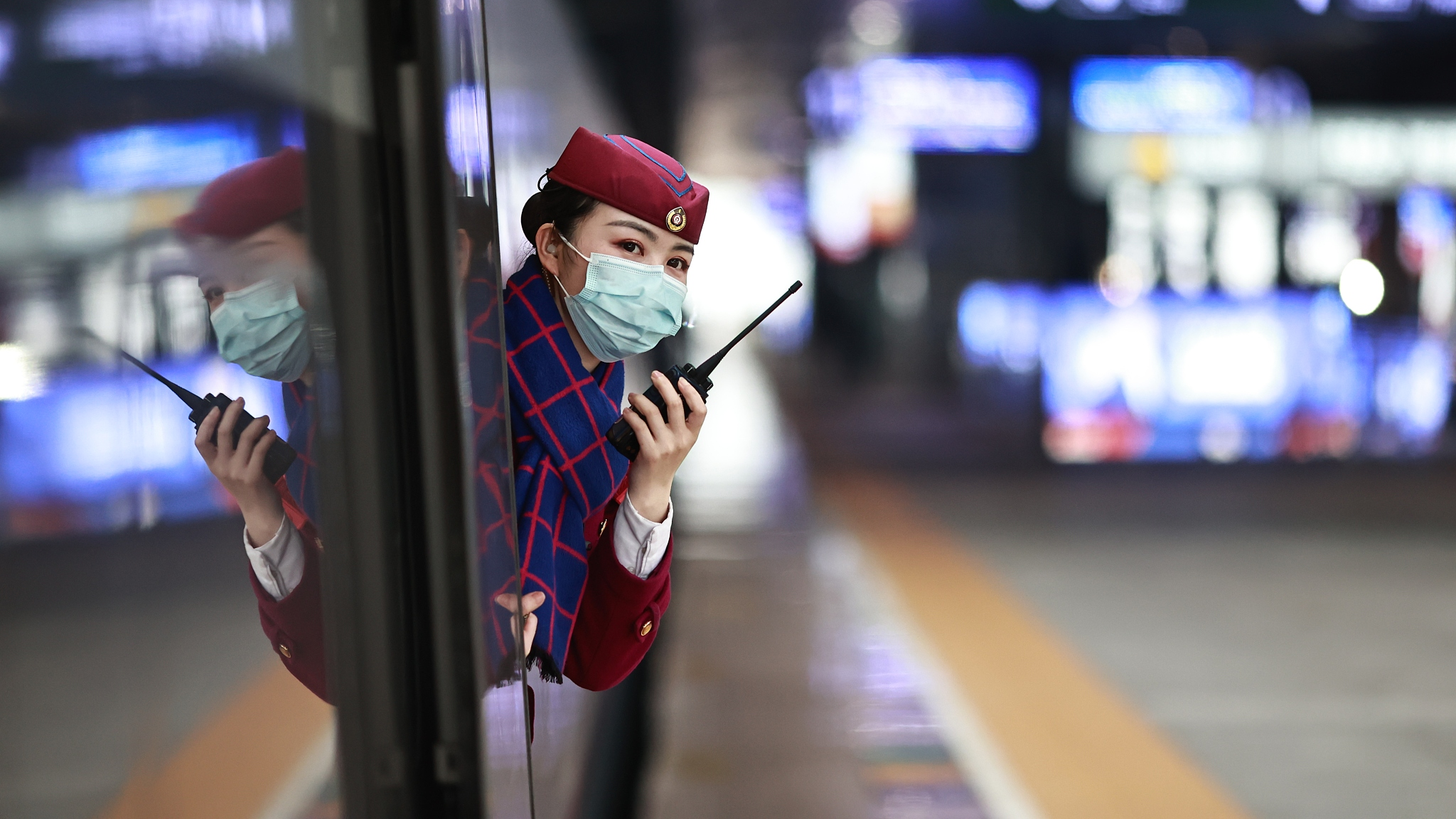 The total number of passenger rail trips nationwide dropped from 167,990,000 to 52,330,000 in the Spring Festival, a nearly 70 percent plunge compared with last year, according to China National Railway Group.

The figure measured trips made in 15 days from January 28 to February 11, and it shows that even though passenger trips dropped sharply, the total volume of goods delivered by train reached 155.62 million tonnes, increasing by 8.9 percent year on year.

The data shows that railway stations in megacities saw the biggest decline. In Beijing, only 147,700 passenger trips were made in those 15 days.

A month before the Spring Festival, many provincial governments advocated for a "stay-in-place" policy to avoid unnecessary flows of people during the New Year holidays to reduce the risk of a second wave of coronavirus.