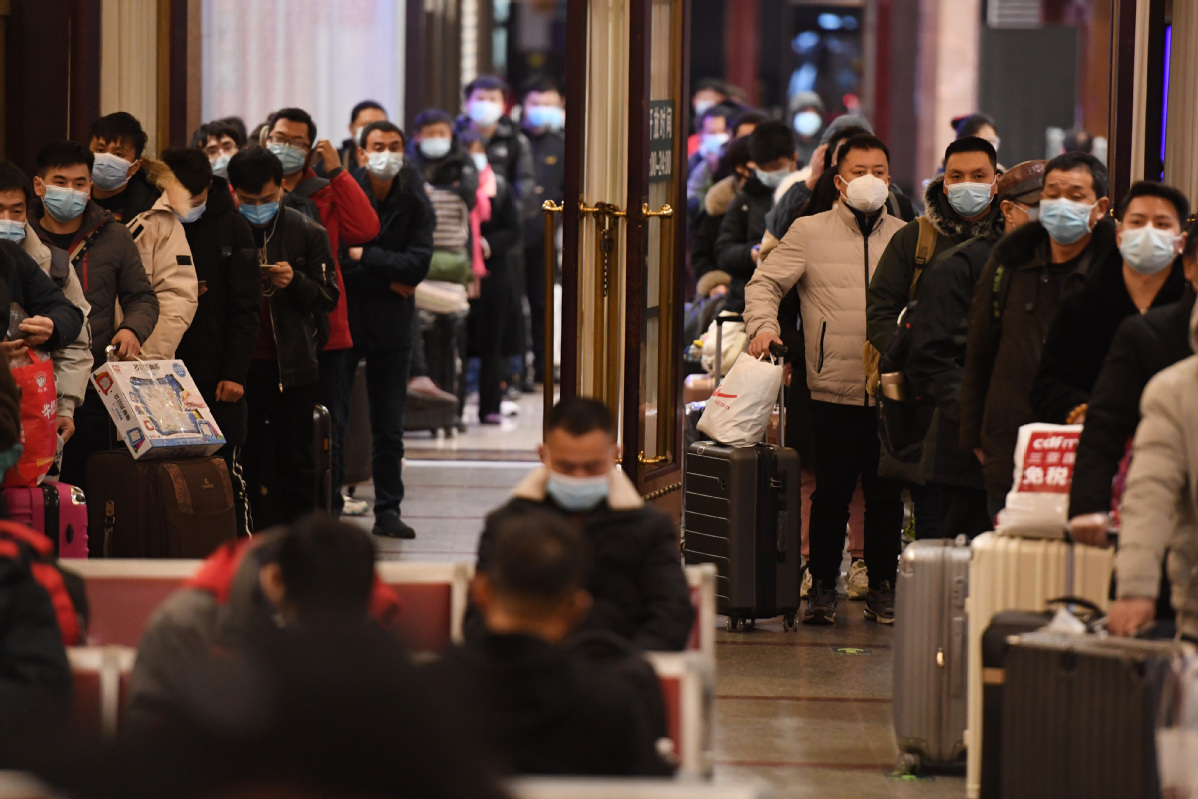 Passengers wait in line to board on their trains at the waiting hall of Beijing Railway Station early in the morning on Jan 28, 2021. (Photo: China Daily)

The number of passenger trips reached over 77.24 million in the first six days of the Spring Festival holiday, official data showed.

From Feb 11 to 16, the country reported 17.47 million railway trips, 54.82 million road trips as well as 2.42 million trips through waterway transportation, according to the Ministry of Transport (MOT).

The flow of highway traffic amounted to 176.65 million vehicles.

The week-long holiday for the Lunar New Year began on Feb 11, while the travel rush, also known as "chunyun," lasts for 40 days from Jan 28 to March 8 this year.