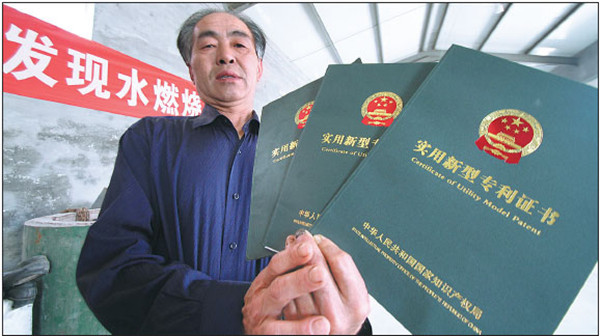 A senior inventor shows his official patent certificates for his innovations in boilers. [Photo provided for China Daily]

An amendment to the Patent Law with the aim of improving a long-term mechanism for combating patent infringements and encouraging innovations was passed by China’s top legislature on Saturday after a third deliberation.

The amended law, adopted at the closing ceremony of the bimonthly session of the National People's Congress, the country's top legislature, has further strengthened protection of the legitimate rights and interests of patentees.

It also solved some common complaints among patent holders, such as problems with the high cost of litigation and low compensation for patent violators, and streamlined some rules on dealing with disputes over pharmaceutical patents.

Before the law was reviewed and adopted this time, it had been deliberated twice by the top legislative body, once in December 2018 and in June this year.