Boosted by nationwide enthusiasm to celebrate the country's 70th birthday, the film My People, My Country has soared to become the highest-grossing blockbuster of all National Day holidays. 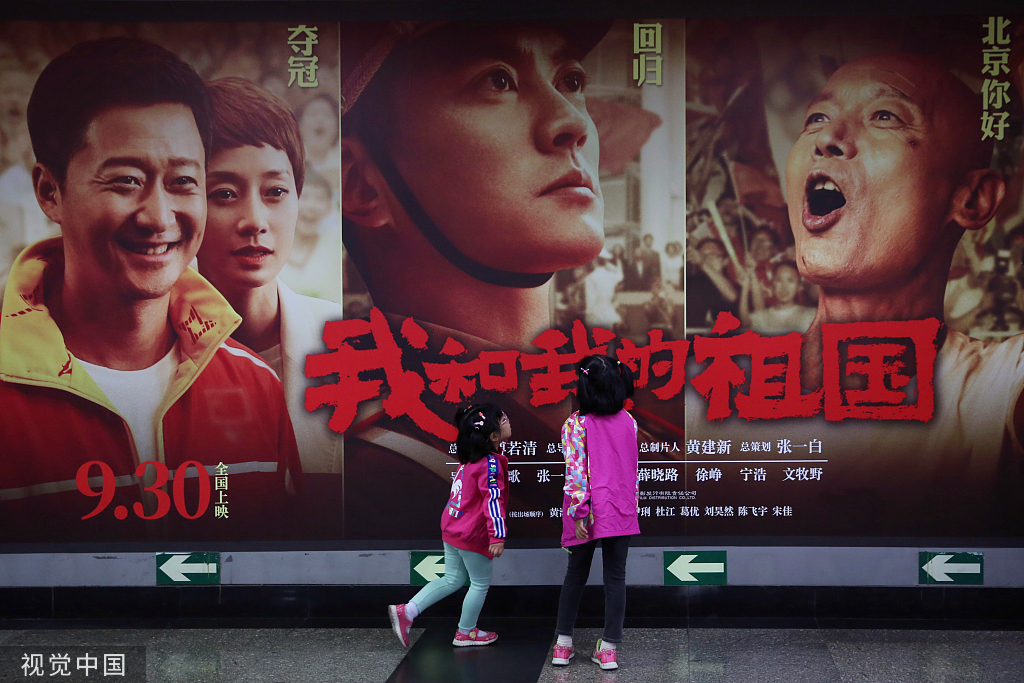 As one of the most lucrative box office periods in China, the world's second-largest movie market, the festival brought in around 4 billion yuan ($560 million) between Oct 1 and 6 on the Chinese mainland, according to box office tracker Maoyan.

That figure was 90 percent higher than for the same period in 2017, the previous best performing National Day holiday.

A 155-minute anthology bringing together seven prestigious directors to revisit seven milestone moments since 1949, My People, My Country has so far grossed around 2 billion yuan, almost double the former record-holder Never Say Die, a hit comedy during the 2017 National Day holiday.

In addition to My People, My Country, two other blockbusters, The Captain and The Climbers, sat respectively in second and third position on the festival box office charts.

Also inspired from real events about Chinese mountaineers' 1960 and 1975 ascents to the peak of Mount Qomolangma, known in the West as Mount Everest, The Climbers has brought in more than 750 million yuan.

My People, My Country has accumulated 8.0 points out of 10 on Douban－China's most popular review aggregator－to surpass The Captain at 7.0 points and The Climbers with 6.7 points.

"When I was watching the film, the theater was very crowded. Some people couldn't hold back their tears when the film was rolling to some nostalgic or emotional sequences," said Hua Liping, a high school teacher in Shanghai.

Unlike most of the box office draws, primarily comedies and actioners, the overwhelming success of My People, My Country is mostly due to its breakthrough retelling of some the country's most memorable moments, said some industry watchers.

Most features that pay tribute to the founding of the People's Republic of China revolve around leaders, but the new film consists of seven short tales told through perspectives of ordinary people, said Zheng Ye, a former film studio executive turned director.

The most applauded shorts include director Xu Zheng's Champion, revisiting the Chinese women's volleyball team's first Olympic gold in 1984 through a Shanghai pupil's story, and filmmaker Ning Hao's Hello, Beijing, about a taxi driver who gives his precious ticket to the opening ceremony of the Beijing Olympics to a boy who lost his father in the 2008 Wenchuan earthquake.