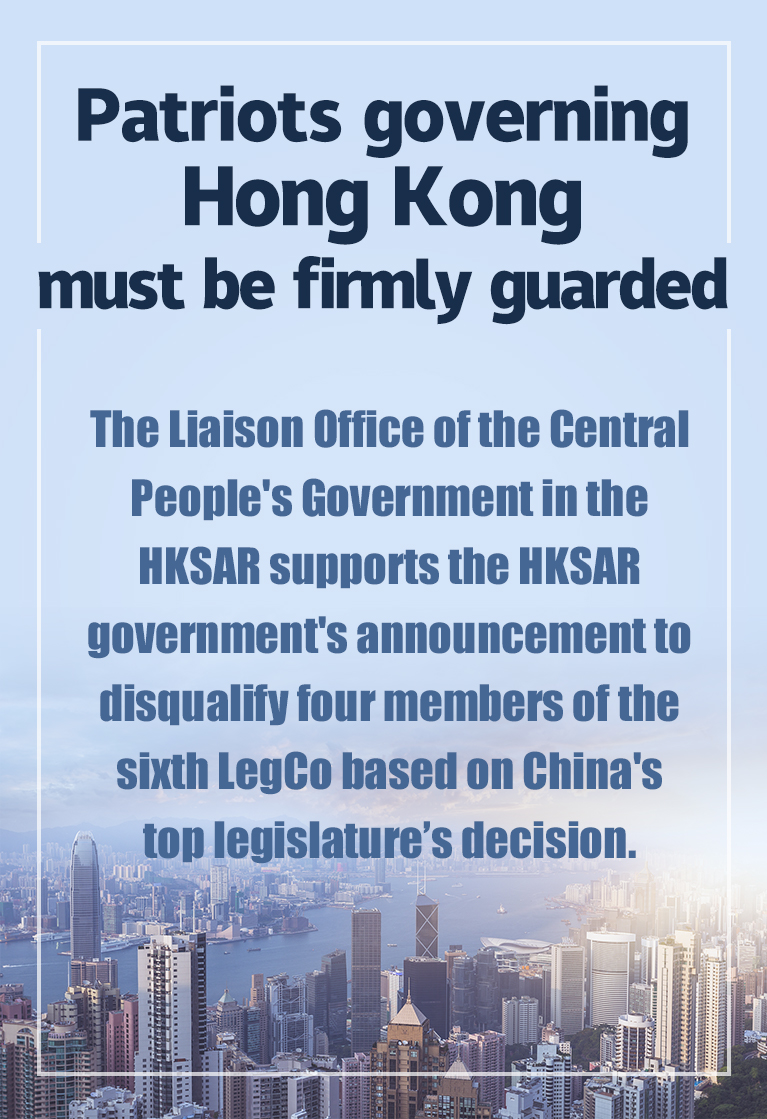 The Liaison Office of the Central People's Government in the Hong Kong Special Administrative Region (HKSAR) on Wednesday said the political rule that Hong Kong must be governed by patriots shall be firmly guarded. 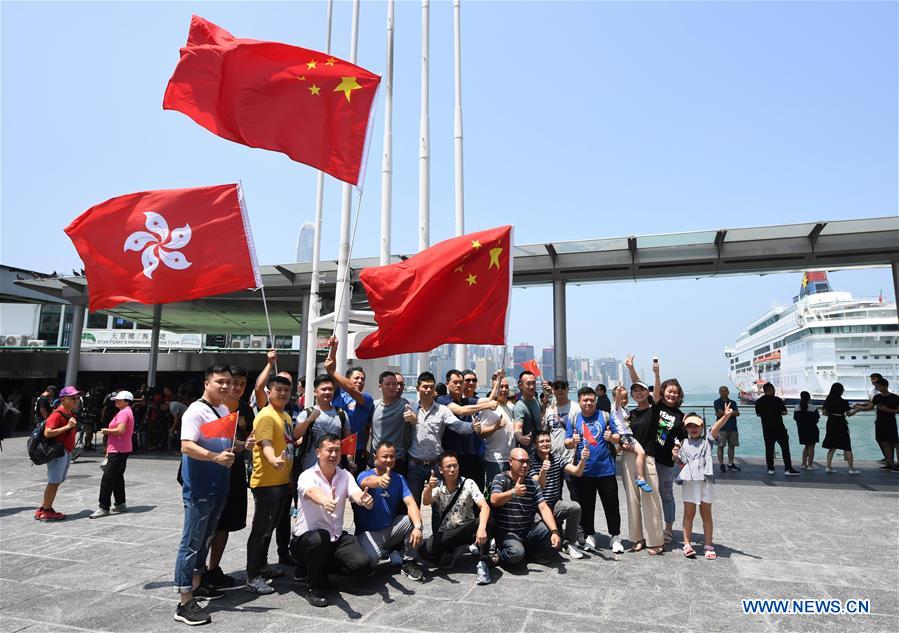 The office expressed firm support for a decision made by China's top legislature, the Standing Committee of the National People's Congress (NPC), on the qualification of members of the Legislative Council (LegCo) of the HKSAR.
The liaison office also expressed firm support for the HKSAR government's announcement to disqualify four members of the sixth LegCo based on the NPC decision.