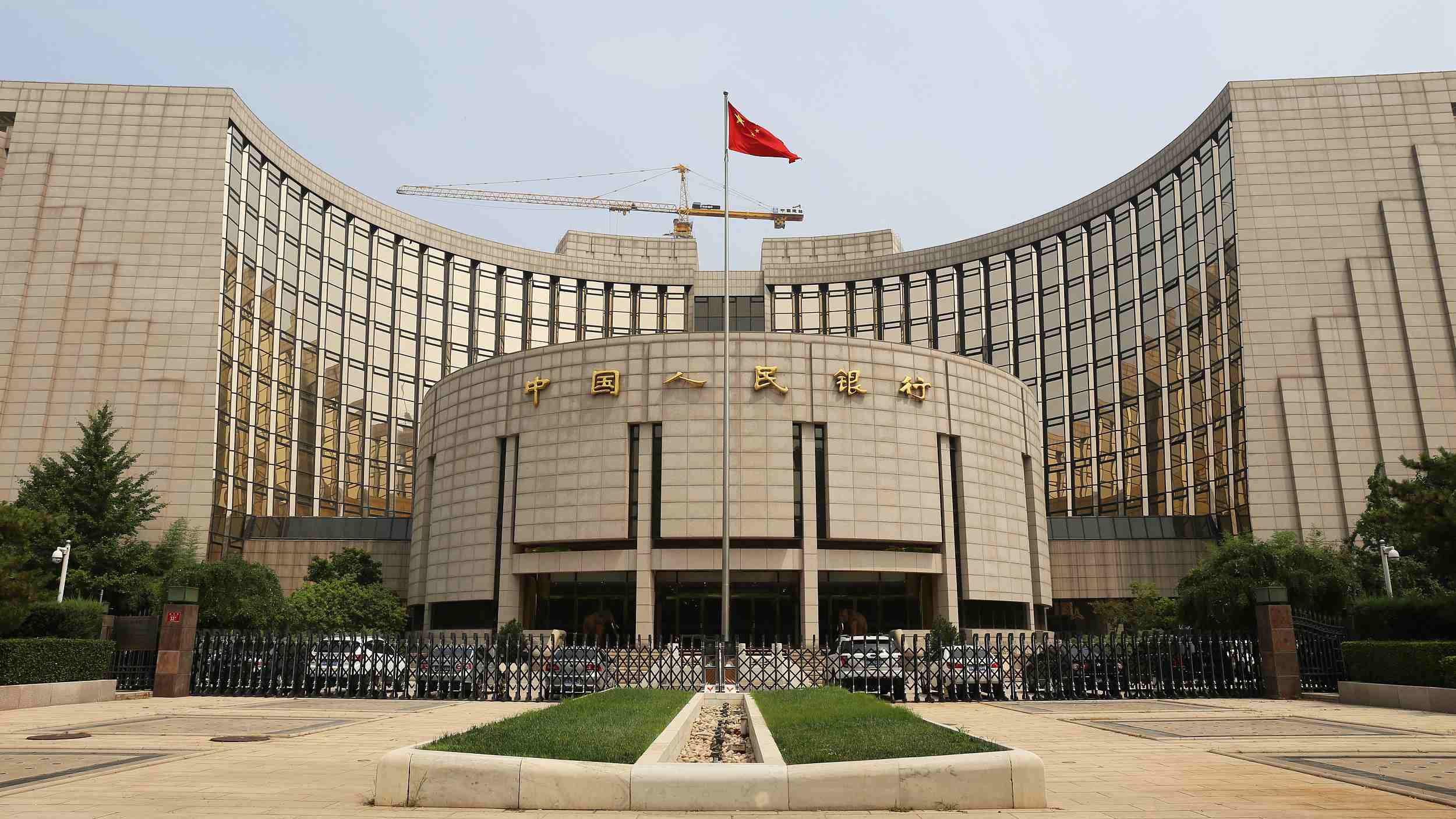 Editor's note: Jimmy Zhu is Chief Strategist at Fullerton Markets. The article reflects the author’s opinion, and not necessarily the views of CGTN.

After the People's Bank of China (PBOC) announced that it would impose a reserve requirement on the trading of some FX forward contracts last Friday, the yuan rebounded sharply.

The announcement happened at a time when the CNY/USD rate was nearing the key psychological level of 7.0. The move conveys a clear message that the central bank is not comfortable with the current pace of the depreciation of the currency, and further measures are likely to be warranted if volatility continues to increase.

Historical experience shows that this rule itself is not likely to reverse the yuan’s current downtrend. The central bank imposed and removed such reserve requirements in 2015 and 2017 respectively, failing on both occasions to change the direction of the yuan in the longer run.

Still, such a rule is expected to mitigate some of the excessive speculative yuan positions in coming weeks. Below are four factors that may have triggered the announcement of reserve requirements on some FX forward contracts:

Both onshore and offshore yuan are among the worst performers on Asian markets since the beginning of the second quarter, after falling 8 percent and 8.5 percent against the US dollar respectively, while the US dollar index is up 5.7 percent over the same period.

There are some fundamental reasons behind the yuan’s weakness, but such a big drop over a short period of time shows those speculative bearish positions are increasing.

This has been well illustrated in the FX forward market. USD/CNY non-deliverable forwards jumped as high as 355 last Friday, much higher than the average level of 149 in the past 12 months, and up from 45.5 a week ago.

With the PBOC set to impose a reserve requirement of 20 percent on certain forward contracts, it will make it costlier to short the Chinese yuan, as commercial banks would transfer costs on to their clients.

China's total trading volume with the rest of the world reached over $4.2 trillion in 2017; in other words, the size of the amount eligible for participating in forward trading is huge.

If rising uncertainties in the currency outlook induces more companies to trade forwards, the cost of managing the exchange market for policymakers would potentially be very high.

The reserve requirement announcement came on Friday evening. Hours later, the US released its July jobs report. The US labor market showed signs of further improvement in July, with average initial jobless claims falling to 214,000 per week, well below the average 232,000 seen in the past 12 months.

Before the PBOC’s announcement, the offshore yuan weakened to as low as 6.9127 against the US dollar in afternoon trading. Any upbeat US data could have pressured the Chinese yuan to weaken further and move nearer to the crucial level of 7.0.

3) A yuan above 7.0 may not be welcomed by policymakers

From my personal observation, to those people in the private sector who don’t work at financial institutions, many won’t feel much difference over whether the CNY/USD rate is at 6.50 or 6.80.

However, the story is different if the exchange rate goes above 7.0, which is a key psychological level.

According to technical analysis, CNY/USD has no visible resistance from 7.0 to 7.5 level without putting fundamental factors into consideration, meaning the pressure of depreciation would be much more intense if the yuan weakened above 7.0 against the greenback, and it would see more capital outflows like those seen in 2015-2016.

This would not be desirable from the perspective of either liquidity management or progress on the internationalization of the yuan.

Firstly, when an increasing amount of capital left the country a few years ago, the PBOC kept injecting cash into the onshore financial system.

The problem is that financial easing itself dilutes the value of the currency, and a weaker yuan will cause more capital outflows, forming a “vicious-circle”.

Secondly, when capital outflow pressures build, there will likely be more capital control measures implemented, slowing the pace of reforms aimed at internationalizing the yuan.

The JPMorgan global manufacturing PMI index has been falling since the end of last year. Coupled with further signs of escalation in China-US trade tensions, there will be more uncertainties surrounding the outlook of Chinese exports in the second half of the year.

Meanwhile, domestic demand has shown signs of slowing as well. Under such circumstances, monetary policy is expected to stay “loose” in the coming months.

As mentioned above, monetary easing is negative for the currency. Since the PBOC eased reserve requirement ratios in early July, the CFETS RMB index has dropped by over 2 percent.

If the Chinese yuan gets closer to a value which triggers more capital outflows, policymakers may show more restraint in conducting monetary stimulus in order to maintain financial stability.