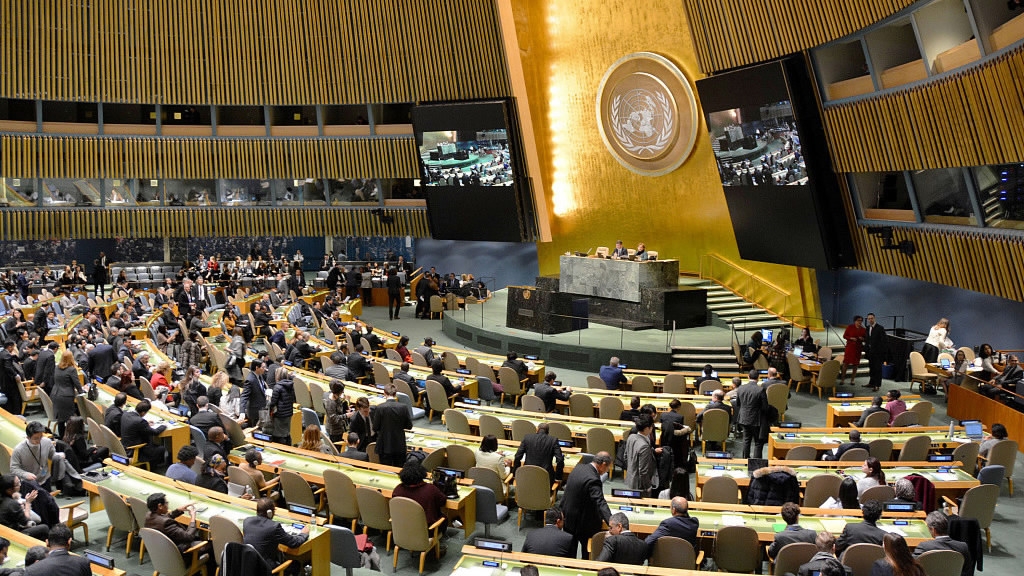 General view of the emergency special session over Jerusalem held by the UN General Assembly in New York, US on December 21, 2017. (Photo: VCG)

"People are under serious threat of health in countries where health systems are weak, like South Sudan, Mali and the Democratic Republic of the Congo. Peacekeeping missions should, within their mandates, assist governments in strengthening capacity building, help the governments and the people of host countries fight the pandemic, put people at the center, and safeguard people's rights to life and health effectively," Zhang Jun, China's permanent representative to the United Nations, told the Security Council's open debate on "Peace Operations and Human Rights."

Recalling that the first UN peacekeeping operation was launched in 1948, the ambassador said that the mandates of UN peacekeeping have been broadened from monitoring ceasefire to comprehensive actions in the political and security fields. "It is now an important instrument for maintaining international peace and enhancing collective security."

"Promotion and protection of human rights is the common ideal of mankind, but it is only possible with peace and stability," the envoy noted.

"As a powerful instrument of the Security Council to maintain international peace and security, the peacekeeping operation has been playing an important role in upholding the rights to subsistence and peace of people in host countries, and created basic conditions for realizing the right to development and other human rights for the people of host countries," he said.