The State Council has decided to revamp and modernize more pedestrian streets nationwide as part of broader efforts to spur consumer spending and investment in urban infrastructure and shore up economic growth. 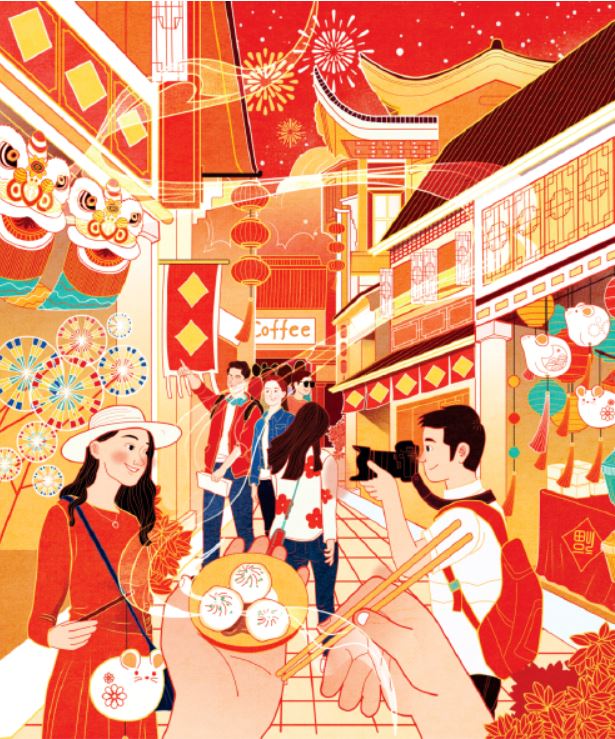 At its executive meeting on Dec 30, the Cabinet said giving face-lifts to more pedestrian streets will encourage new models of business to grow and improve the shopping experience for consumers.

It highlighted a market-oriented approach and the introduction of tailored policies and measures to create more job opportunities, according to a statement released after the meeting.

Premier Li Keqiang said at the meeting that the revamping of pedestrian streets must be moved forward with the development of small shops so that the streets can be more popular, distinctive and indicative of cultural backgrounds.

The renovation of pedestrian streets must be led by local authorities and be in line with market principles and consumer choices, he said.

"We need to research the possibility of encouraging private capital to take part in the policy measures so the market's role can be further amplified," he said, adding that the new pedestrian streets must see sustained economic returns.

The meeting also stressed the necessity for greater strides in cutting red tape, innovative approaches to government oversight and developing more convenient and intelligent facilities, with greater efforts to integrate online and offline commercial models. It also called for policies to be fine-tuned to local conditions, with proper arrangements to prevent vanity projects.

The growth of China's consumer spending last year, as represented by retail sales, was estimated to have fallen by 1 percentage point year-on-year to 8 percent, the Ministry of Commerce said in a statement on Dec 30. The country's retail sales volume for the year is expected to total 41.1 trillion yuan ($5.89 trillion).

In the face of mounting downward pressure on the economy, the central government has unveiled 20 measures to boost domestic consumption, from improving commercial pedestrian streets and encouraging night markets to canceling restrictions on car sales.

The Ministry of Commerce issued a work plan in September that set a target of revamping 30 to 50 model pedestrian streets in the next three years with the aim of boosting consumer flows and business turnover by 30 percent.

The ministry said it will not encourage the construction of new pedestrian streets during the process or the demolition and rebuilding of existing ones, with digital upgrading being a main focus. Measures will be adopted to expand the coverage of wireless networks, the application of fifth-generation mobile communication technology and the use of big data for operational monitoring, it added.

The ministry launched a pilot program at the end of 2018 to upgrade 11 pedestrian streets nationwide, a project that enabled the refurbishment of over 800,000 square meters of commercial areas and introduced over 900 name brands and dozens of flagship stores.

Yin Hong, an official with ministry's department of circulation industry development, which manages industries related to the market circulation of goods, said the revamping of the pedestrian streets has focused on improving transport networks, facilities and equipment and greening projects.

The authorities will also focus on cracking down on counterfeit products, she said.

Chen Sheng, a professor with the School of Public Affairs at Chongqing University, listed a number of problems in the pedestrian streets in some cities, such as a lack of proper planning and local cultural elements, which resulted in their failure to attract local consumers.

"The revamping of pedestrian streets will be a significant measure to counter the downward pressure on the economy," he said, adding that it will help drive investment in urban infrastructure and unleash more consumer spending in urban areas.

The renovated pedestrian streets, as potentially iconic new commercial areas, will also improve the competitiveness of cities and drive economic growth and job creation in neighboring areas, he said.