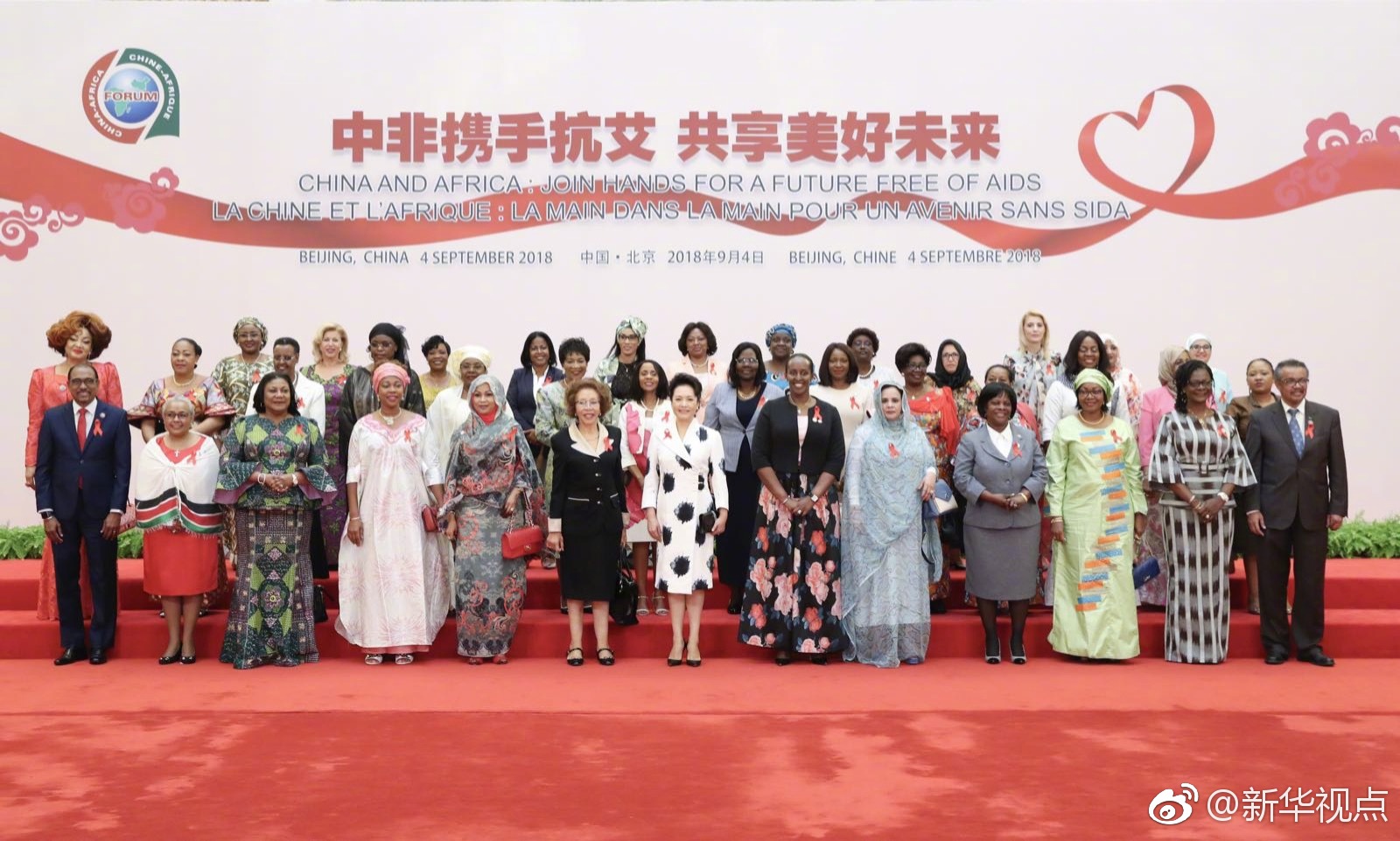 Peng, together with 37 spouses of African heads of state and government, launched an initiative at the meeting for joint efforts by China and Africa to combat HIV/AIDS.

Making concerted efforts against HIV/AIDS has become a global consensus, and cooperation between China and Africa in this regard has been effective, said Peng, who also reviewed her work as the World Health Organization (WHO) Goodwill Ambassador for Tuberculosis and HIV/AIDS.

She said the on-going Beijing Summit of the Forum on China-Africa Cooperation has provided new opportunities for deepening China-Africa cooperation on HIV/AIDS control.

At the meeting, WHO Director-General Tedros Adhanom Ghebreyesus, and Michel Sidibe, executive director of the Joint United Nations Programme on HIV/AIDS, made positive comments on China-Africa cooperation on combating HIV/AIDS and highly commended Peng's outstanding contributions to raising awareness of HIV/AIDS prevention and caring for AIDS patients.