BEIJING, July 7 (Xinhua) -- Peng Liyuan, wife of Chinese President Xi Jinping, has recently sent a reply letter to Antoinette Sassou N'guesso, first lady of the Republic of the Congo, and a message to first ladies of other African countries, expressing gratitude for the countries' help to China's fight against COVID-19.

Peng said she appreciates the valuable support of African countries for the Chinese people when China struggled to prevent and control the coronavirus outbreak, and expressed her sincere sympathy for the African people over the pandemic.

In the face of the unexpected outbreak, Peng said, it is crucial for all countries to help each other, unite and cooperate with each other so as to prevail over the disease. 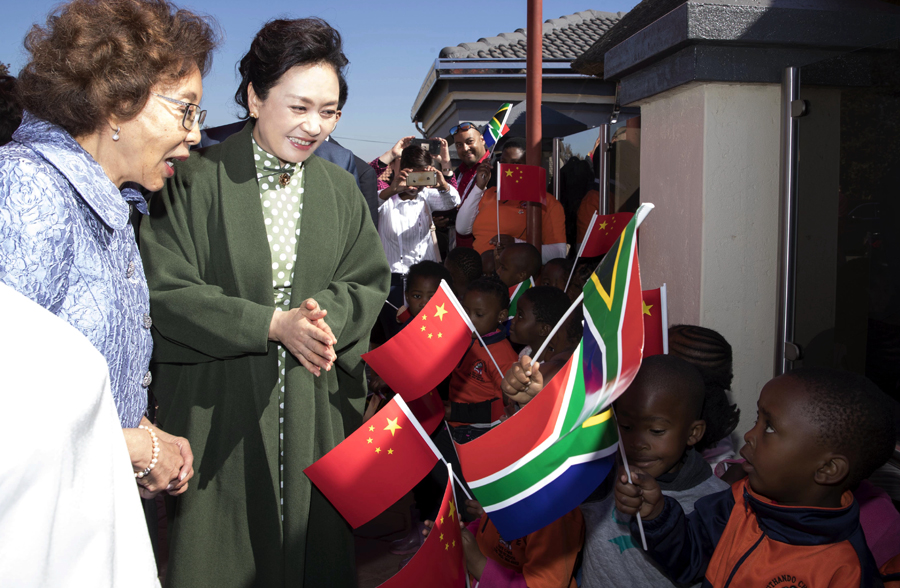 To express the friendly feeling of the Chinese people towards the African people, the Chinese government will donate a batch of anti-pandemic supplies through the Organization of African First Ladies for Development (OAFLAD) to 53 African countries to help women, children and adolescents, Peng said.

On behalf of the first ladies of the OAFLAD members, she called on the Chinese side to pay attention to women, children, adolescents and other people in Africa, and provide medical supplies to them.

Chinese aid materials have been delivered to various countries recently and Antoinette Sassou N'guesso, other first ladies and senior officials of the countries concerned attended the hand-over ceremonies respectively.

Those countries expressed gratitude for China's care and help for African women, children and adolescents, saying that China provided help when it was needed most, which reflected the profound friendship between African countries and China sharing weal and woe.

The African countries said they stand ready to strengthen cooperation with China against the pandemic and deepen the traditional friendship between the two sides.