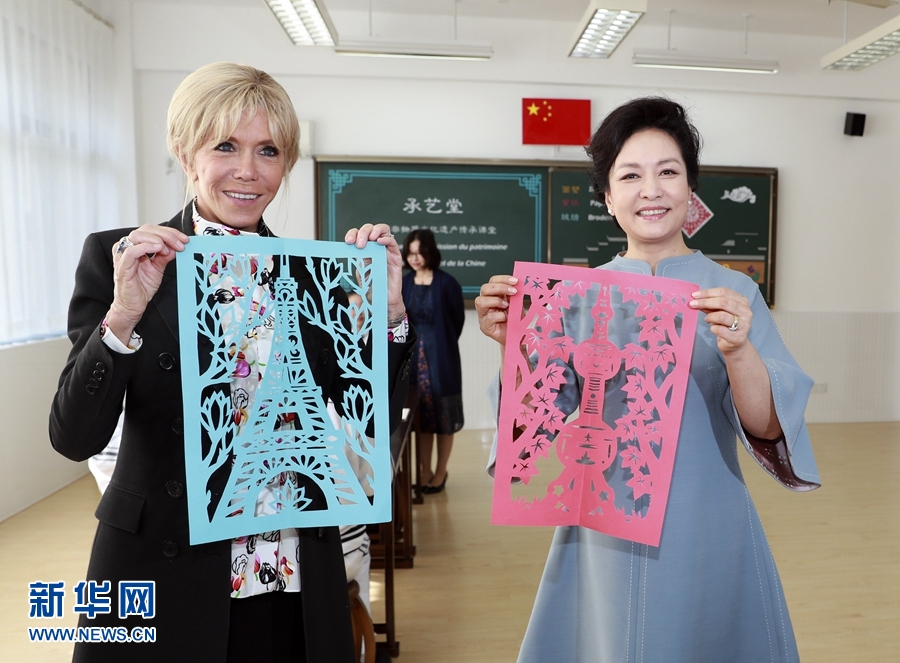 When they arrived at the Shanghai Foreign Language School affiliated to Shanghai International Studies University, students waved national flags of the two countries and presented flowers to them.

The ladies joined students for a French class and answered their questions. In another class, they watched students learn traditional handicrafts like paper-cutting and embroidery. The students also put on performances for them. 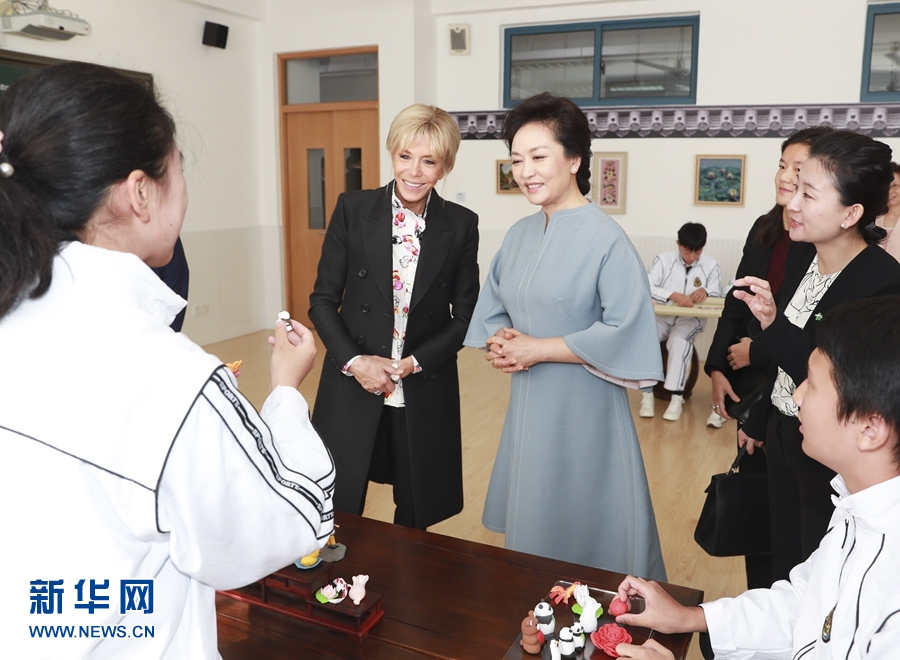 Peng said culture transcends time and space and brings hearts closer. She encouraged teenagers from the two countries to gain a thorough understanding of both cultures and carry forward the Sino-French friendship.

Brigitte Macron said she was deeply impressed by students' talents, their love for French culture and inheritance of Chinese culture, encouraging teenagers from both countries to strengthen exchanges.