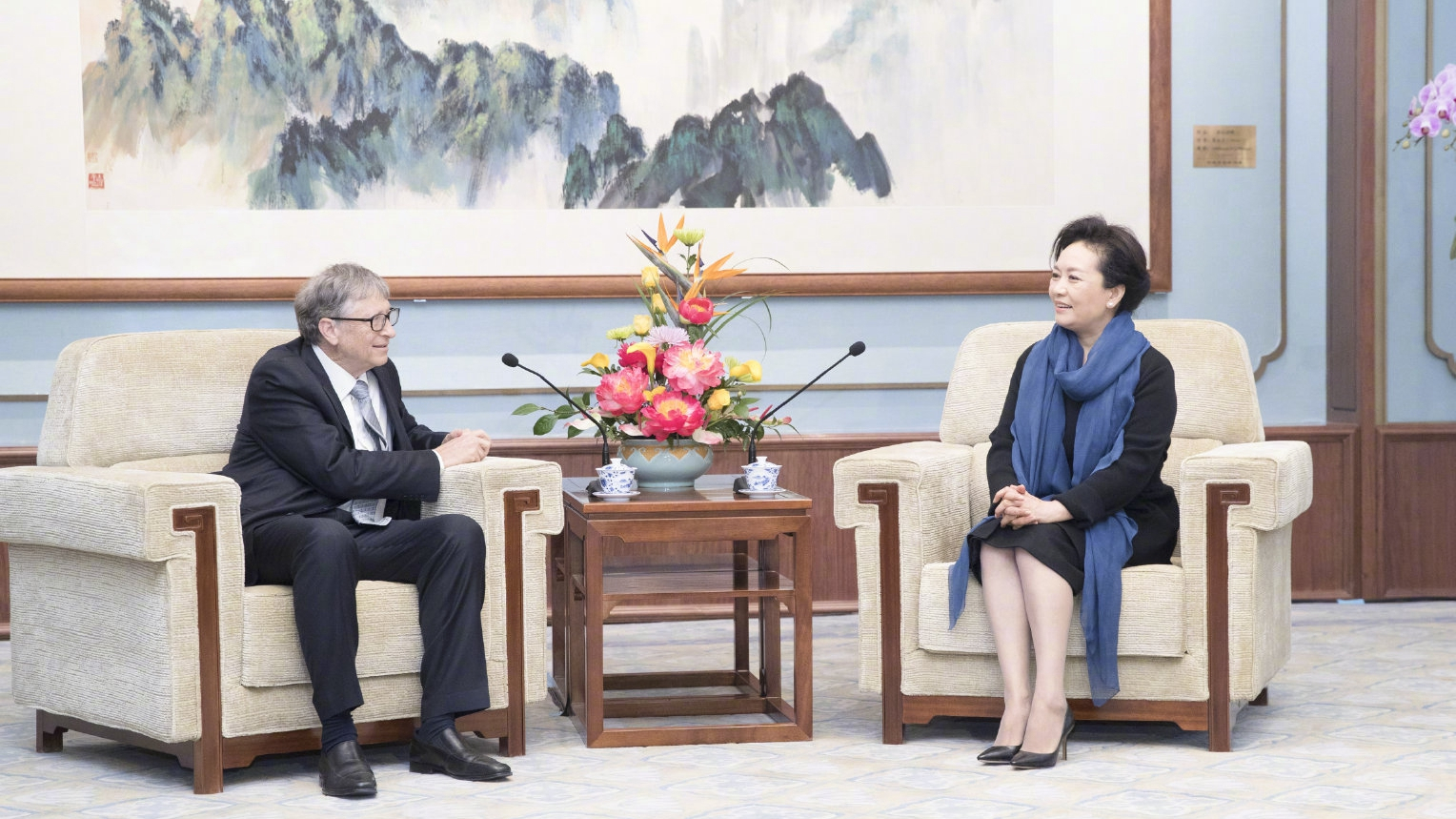 Peng spoke highly of the effective and fruitful cooperation between the Bill & Melinda Gates Foundation and the Chinese side, hailing the progress made in the projects supported by the foundation in HIV/AIDS prevention and control and providing better healthcare for the poor people in Liangshan Yi Autonomous Prefecture in southwest China's Sichuan Province.

"China views providing better healthcare for its poor population as one of the key measures to winning the battle of poverty alleviation," Peng said.

"We hope the Bill & Melinda Gates Foundation can continue to support and participate in this field," she said.

China stands ready to continue to work with the foundation in prevention and control of tuberculosis and HIV/AIDS, and summarize and expand experience in this regard, so as to help developing countries, including those in Africa, improve their medical and healthcare levels, Peng said.

Gates hailed China's remarkable achievements in poverty reduction in the field of healthcare as well as the country's great contribution to promoting international cooperation and sustainable development.

Enhanced cooperation between the United States and China will benefit the two peoples as well as the world, he said.

The foundation is willing to further intensify its cooperation with China in the areas of healthcare, poverty reduction and public welfare, and make concerted efforts with China to help other developing countries promote agricultural and healthcare development, Gates said.