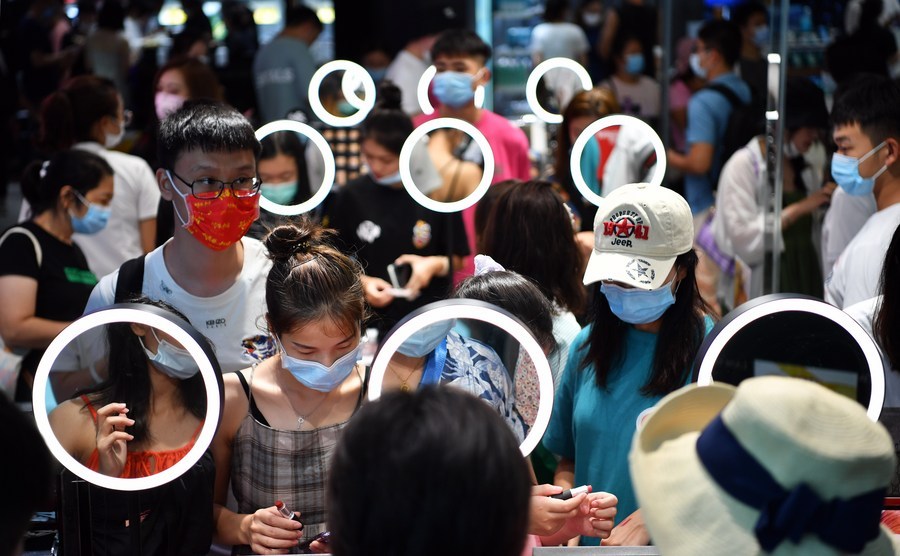 BEIJING -- Putting people first and foremost has always been a core ideal of the CPC's governance philosophy.

The people-centered philosophy, which highlights constantly meeting people's aspirations and demands for a better life, also served as the value basis in drafting the Party leadership's proposals for formulating the 14th Five-Year Plan (2021-2025) for National Economic and Social Development and the Long-Range Objectives Through the Year 2035.

For example, more than half of the health paragraph was devoted to outlining the development targets in strengthening the public health system amid the COVID-19 epidemic, and safeguarding people's lives and health was specified as one guiding principle of boosting sci-tech innovation.

Among the 12 major tasks in the proposals, those focusing on improving people's living standards and improving social construction accounted for the largest share.

The drafting process also invited the public to contribute their wisdom.

From Aug 16 to 29, online solicitations received over 1 million comments, based on which relevant authorities sorted out more than 1,000 suggestions.

Many webusers like "Yunfan" are happy to find that their suggestions on elderly care have been incorporated in the proposals.

To achieve that, the proposals listed a series of measures including raising the proportion of labor remuneration in the primary distribution, increasing the income of low-income group and expanding the middle-income group.

The proposals are a concentration of the Party's founding mission of seeking happiness for the Chinese people and rejuvenation for the Chinese nation, said a member of the CPC Central Committee who attended the plenary session last week.