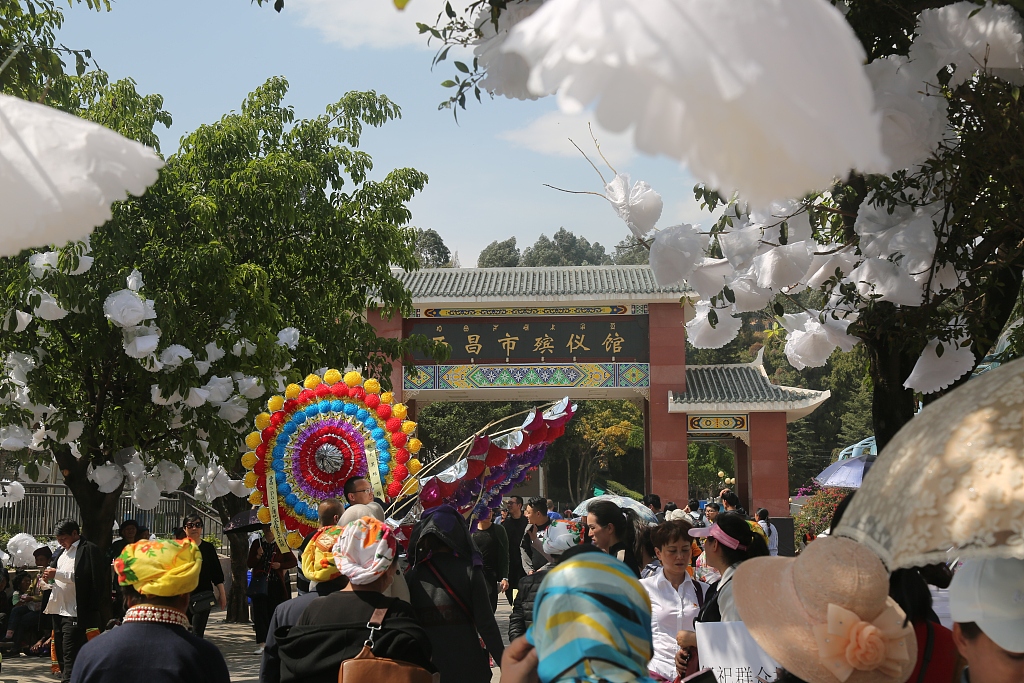 Local people in Sichuan's Liangshan Yi Autonomous Prefecture gathered to a mortuary on Tuesday to pay tribute to the heroic martyrs who lost their lives while fighting a forest fire. (Photos: VCG) 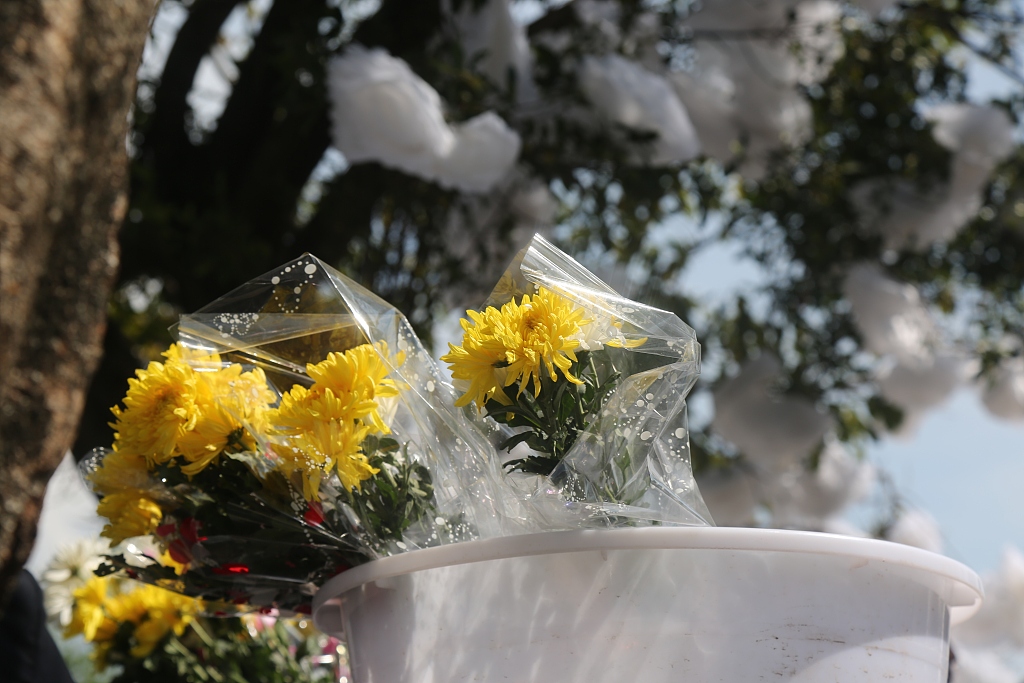 In a traditional way, people presented bouquets of chrysanthemum flowers to the martyrs and placed flowers made out of white paper on the trees on both sides of the road. 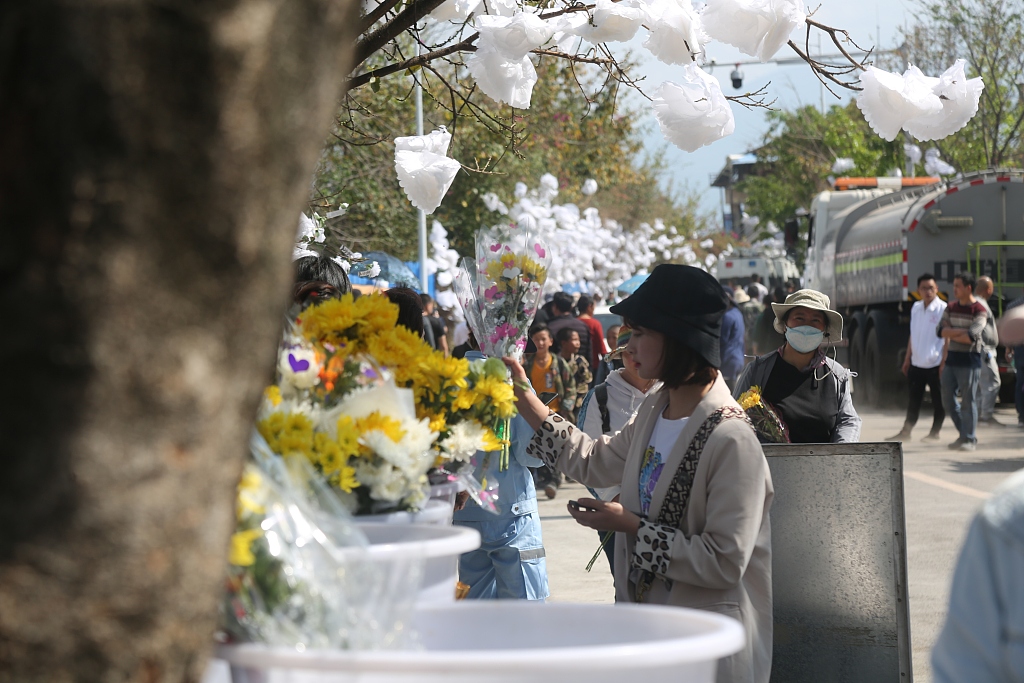 The forest fire broke out at around 6 pm on Saturday at a remote spot in the mountains at an altitude of over 3,700 meters. 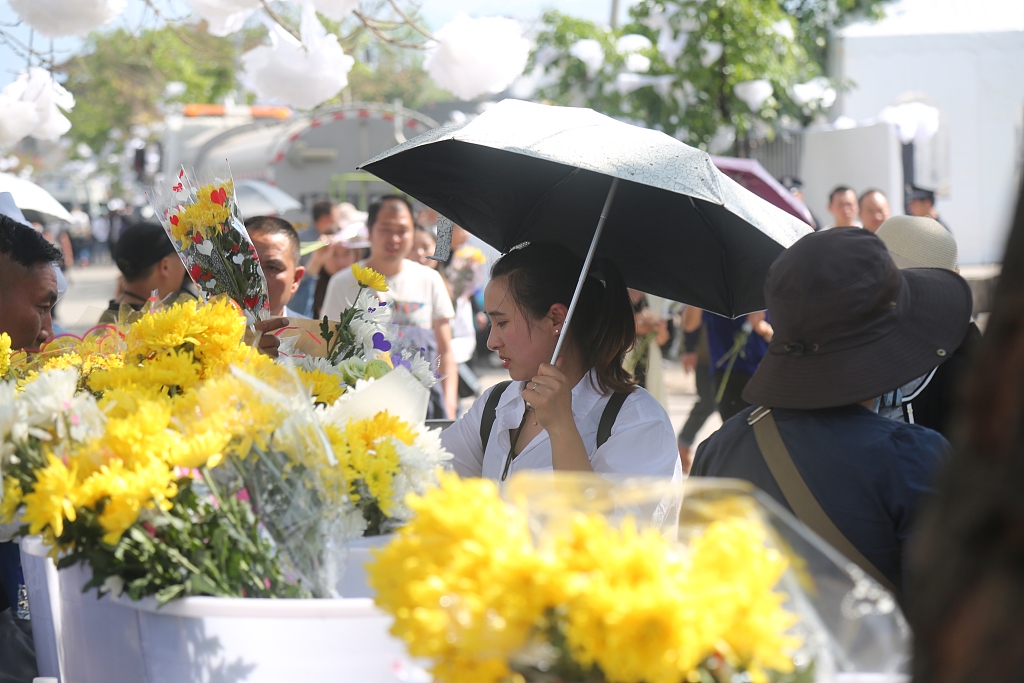 Thirty people, including 27 firefighters and three locals, lost their lives while trying to put out the fire. 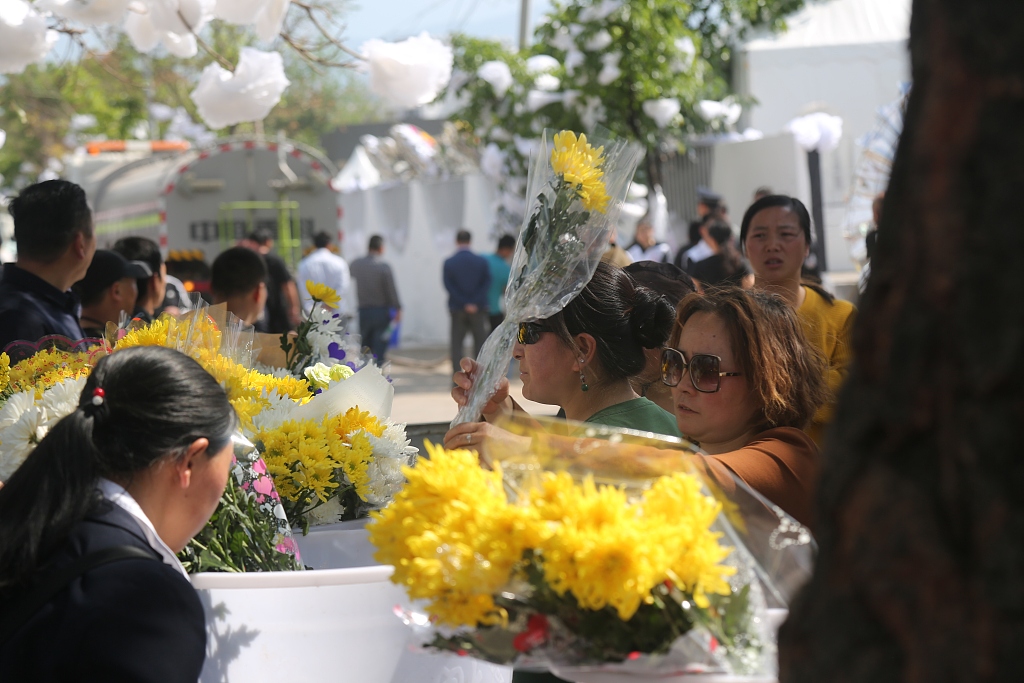 Xie Shi'en, an official with the local firefighting squad, attributed the casualties to an "explosive blaze," an outburst of flames caused by wind, combustibles and dry air.” Xie said among all scenarios in a fire, an explosive blaze is the most dangerous, and also very rarely seen. 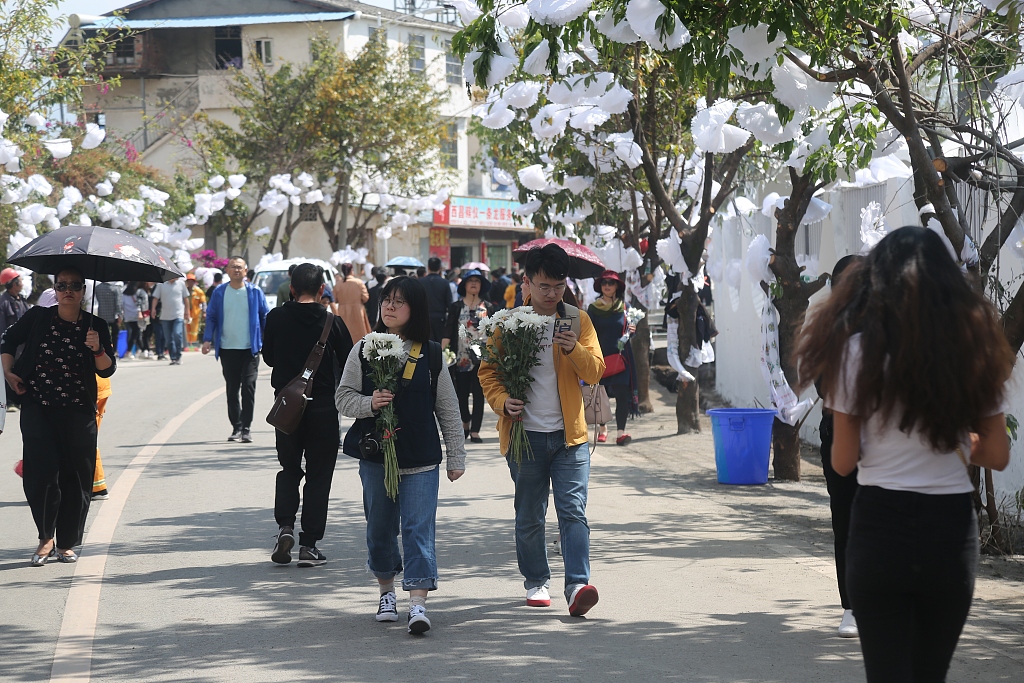 The fire has been contained as of Tuesday noon, local authorities said. Wu Song, county chief of Muli, Sichuan's Liangshan Yi Autonomous Prefecture, said, "Due to complex terrain, we need more time to extinguish the fire.” 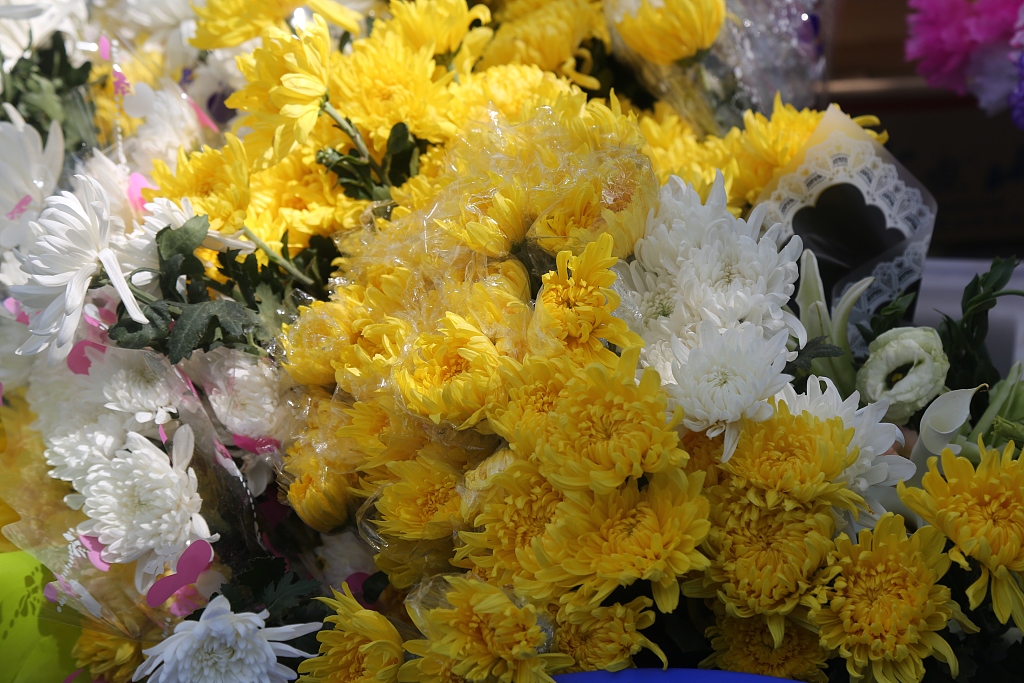 More than 600 people have been dispatched by local authorities to put out the blaze.