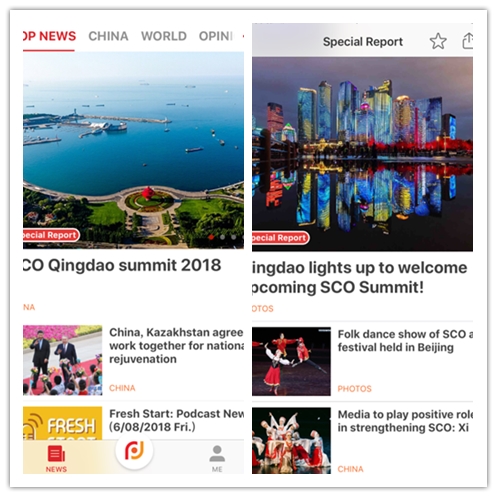 The launch comes four days ahead of the 70th anniversary of the establishment of the newspaper. To better meet the reading habits of English users around the world, the new version has introduced international teams in the design in the development process, so as to present a brand new international style. The sections in the app include top news, opinions, business, lifestyle, and programs like PD Studio, PD Talk, PD Café and news podcasts.

"one-stop information consumption" for its global users. It will cooperate with relevant ministries and institutions to build a service platform to better connect China and the world.

People’s Daily launched its English language app in October 2017, just ahead of the 19th National Congress of the Communist Party of China. It has users spread all over the Americas, Europe, Asia, Africa and Oceania.