The departure floor of the main Hong Kong port will open a large retail store area in the first quarter of 2019, local media report on Thursday. 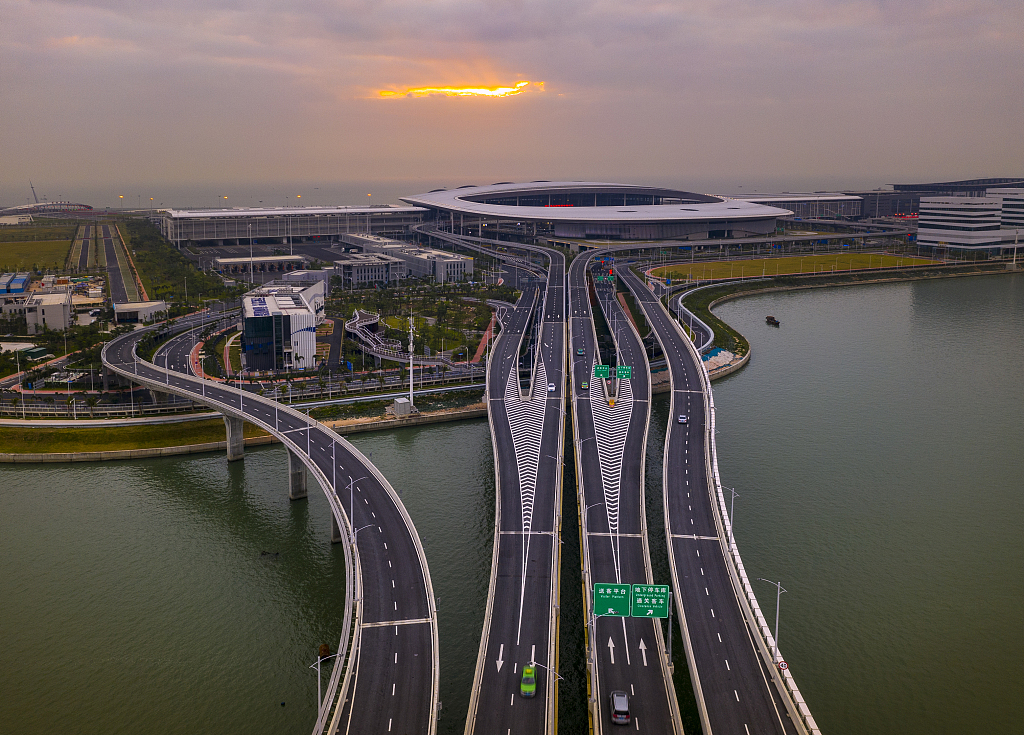 Airport Authority Hong Kong (AAHK) is looking into turning Lantau Island into an "airport city" which serves as a world-class hub among Guangdong, Hong Kong and Macao, the report said.

As of November 20, the passenger volume of bridge reached around 1.79 million, with an average of about 64,000 passengers per day and 103,000 people during peak season, data shows. Its first month has seen inbound tour groups increase from 70 to over 700.

Hong Kong authorities say that the number of mainland tourists coming to Hong Kong across the bridge has beaten expectations, and the trend is expected to stabilize. If the percentage of the mainland passengers can be adjusted, increasing the proportion of overnight visitors and the number of round-trip passengers on the same day to roughly half, Hong Kong's tourism industry will benefit. 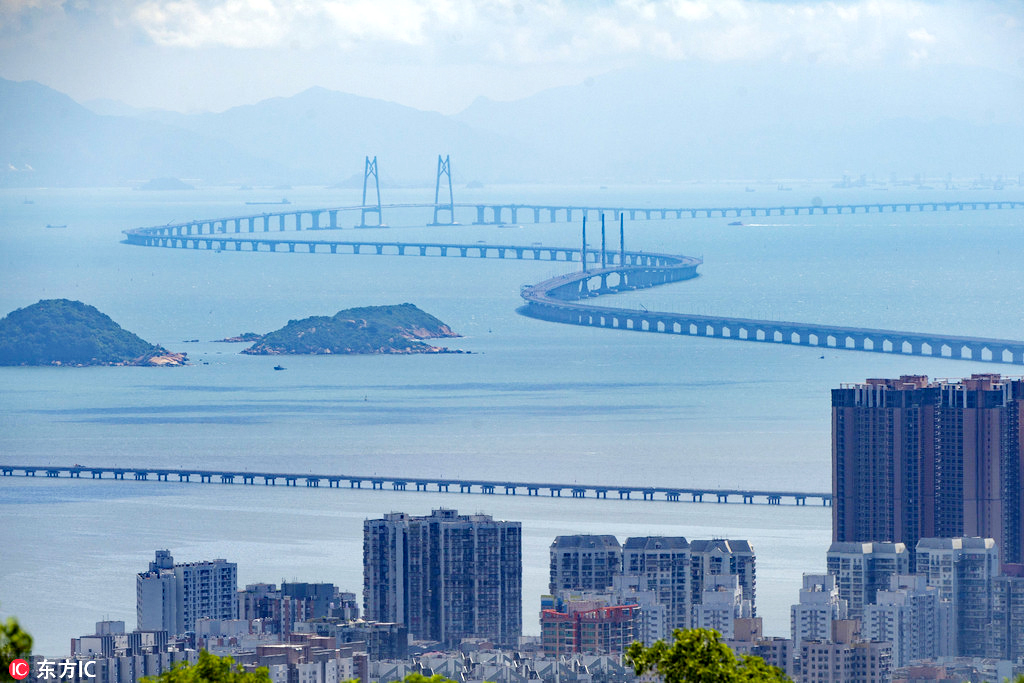 Photo taken on August 25, 2017 shows a view of the world's longest cross-sea bridge, the Hong Kong-Zhuhai-Macao Bridge, under construction against Hong Kong's Lantau Island in the background. (Photo: IC)

By 2022, passengers can check-in and drop their baggage at the airport administration service centers at the Zhuhai and Macau ports for the Hong Kong-Zhuhai-Macao Bridge before taking a dedicated bus to the Hong Kong Airport without going through Hong Kong entry and exit procedures.

The Hong Kong-Zhuhai-Macao Bridge opened on October 24. It takes only 45 minutes to drive from Hong Kong to Zhuhai or Macau.