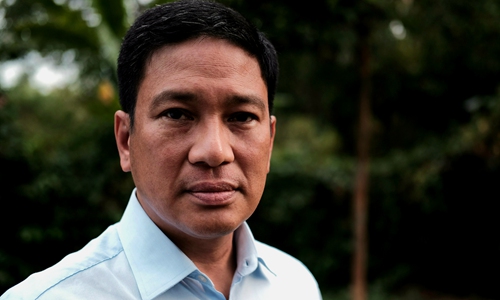 The relations between China and Myanmar are closer now than ever before, and the Southeast Asian country should think of how it can benefit from such closer ties rather than seeing relations with China in defensive terms due to big power games, a former Myanmar government advisor told the Global Times in an exclusive interview.

The comment was made ahead of Chinese President Xi Jinping's scheduled state visit to Myanmar on January 17 and 18. Myanmar society is showing high expectations and a warm welcome for Xi's visit.

"It will be a historic visit as bilateral relations between China and Myanmar are at an inflection point. Where the two sides will go over the coming few years may well decide not only Myanmar's future, but also the future of [Asia]," Thant Myint-U, renowned Myanmar historian, former government advisor, and former United Nations (UN) official, told the Global Times.

Thant Myint-U is the grandson of U Thant, the third Secretary-General of the UN from 1961 to 1971. U Thant had made a significant contribution to helping the People's Republic of China regained its lawful seat in the UN in 1971. He had argued for China's legal membership and also welcomed the voting result in favor of China later in 1971.

During the interview, Thant Myint-U could clearly recall his grandfather's firm resolve in helping restore China's membership in the UN as a principle of the UN's "universality" and how Myanmar has built a strong connection with China since then.

Now, China-Myanmar relations are becoming multi-dimensional, "partly because of the friendly government ties" and the integration of the two economies, particularly in border areas where China and Myanmar share a nearly 2,000-kilometer-long borderline that is virtually open, Thant said.

Thant predicted that Chinese and Myanmar leaders will discuss issues around the common border on the basis of maintaining friendly bilateral ties. They will also discuss the armed conflicts within Myanmar as well as current talks toward new ceasefires in northern and eastern regions.

"Myanmar has a big problem now with illicit synthetic drugs, and we hope China could provide maximum assistance in cracking down on cross-border trade in drugs," Thant noted.

As Myanmar's foreign policy is also shaped by geopolitical consideration and power balancing games, Thant stressed that the Southeast Asian country should "see more clearly where it wants to be," and more importantly, "not see relations with China in defensive terms," but think about how it can take advantage of being a neighbor to the world's second-largest economy.

So far, some of the infrastructure projects under the Belt and Road Initiative have been suspended due to local protests as a result of environmental concerns and instigations from Westerners. Thant explained that as Myanmar is in the midst of numerous transitions, an extremely defensive nationalist reaction could easily be inflamed among local people.

But he urged Myanmar to judge Chinese firms' projects with a long-term vision and examine how an economic relationship with China could better contribute to the local development.

"China and Myanmar are still very far from the kind of familiarity that's needed to ensure the right relationship going forward," Thant said. He added that people in Myanmar know very little about Chinese history and culture at the current stage.

He called for more people-to-people exchanges between China and Myanmar so as to forge a better understanding and build mutual trust between the two countries.