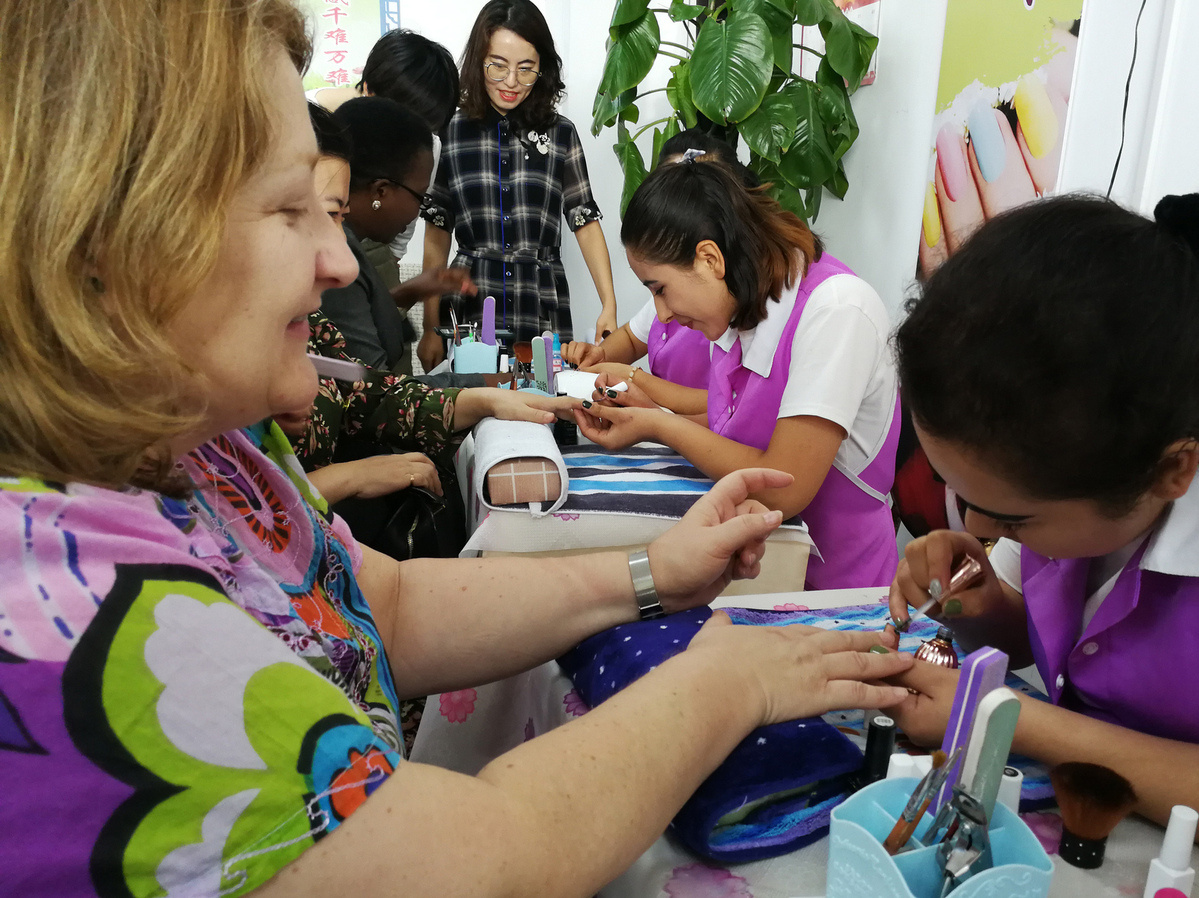 Members of a delegation of UN envoys get manicures at a vocational school in Hotan, Xinjiang Uygur autonomous region, on Aug 30, 2019. (Photo: Xinhua)

Spokesperson Hua Chunying made the remarks at a press briefing when asked to comment on a report by The Grayzone, a US independent news website, suggesting that a recent accusation on China's "forced labor" program in Xinjiang Uygur autonomous region was actually initiated by a US-backed Australian organization.

"It showed that certain people were doing their business with hidden agendas," the spokesperson said.

The website also said that the report has presented "no original evidence" from workers in the so-called "forced labor" program. Still, it cited anonymous "testimonies" from an "obscure, far-right" online blog of religious fanatics.

"People with common sense and the sense of justice should all distinguish right from wrong, and work together to firmly fight fake news like this," Hua said.