As the important foundation for national economic and social development, China's energy sector has undergone dramatic transformations since the founding of the People's Republic of China. China’s electricity has become the world's most installed power supply system, with the largest installed capacity and the most advanced power operation. 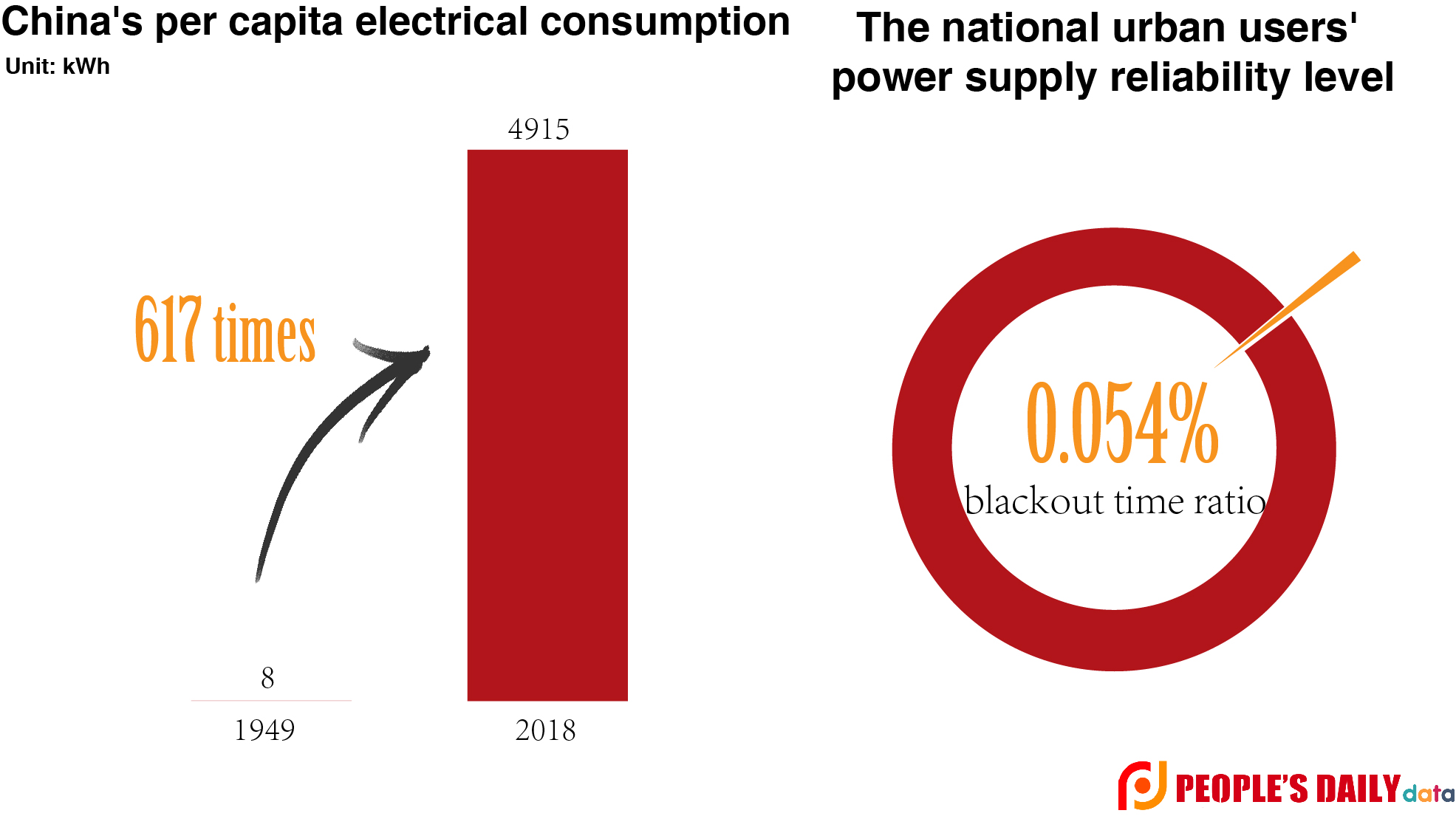 The transformation from ensuring "power quantity" to “power quality" for ordinary people has been gradually realized.

From “insufficient power" to "being liberal in supply"

Looking back 70 years ago, scarce energy was primarily used in the industrial field. It was difficult to guarantee use for daily life, not to mention electricity in rural areas.

Since the reform and opening up, especially since the 21st century, with the improvement in energy supply security and people's living standards, liquefied petroleum gas and natural gas have gradually entered households. We have realized the transformation from “insufficient power" to "being liberal in supply".

Seventy years ago, due to the weak foundation of China's energy industry, coal-powered power transmission voltage levels were low, and oil production was far from meeting demand. After years of development, enhanced energy production capacity has made China a major energy country with a multi-wheel drive energy production system of coal, oil, gas and renewable energy.

From "coal-dominated" to "clean and diversified" energy

At the beginning of the year, the National Energy Administration announced that China had built the world's largest supply system of clean coal power.

Over the past 70 years, with the lasting increase of China's total energy capacity and accelerated change in energy use, the development of clean and low-carbon energy use has been facilitated step by step and the energy structure has been substantially optimized.