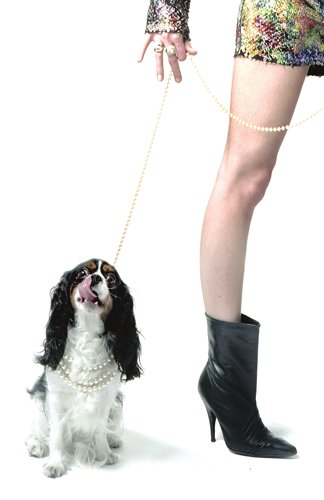 While buying new clothes is a custom in China during the New Year, 25-year-old Sun Xun was stunned to find that while shopping for new clothes for the Year of the Dog in a commercial area in Beijing's Sanlitun, that some luxury bands were offering dog clothes as well.  "As a person who is raising a dog, I know the natural fur of a dog is able to protect it from the cold weather, and for the winter days in Beijing, I don't think they are so cold that they need a down jacket," Sun later wrote in an article published on Vice, a lifestyle publication. He was referring to the Moncler down jacket, an Italian apparel manufacturer, promoted recently. Sun asked for the price, and the answer surprised him - 4,800 yuan ($758).The saleswoman also showed him another dog sweater from the same brand that cost about 3,000 yuan. Stepping out of the store, Sun texted his friend telling her how shocked he was that people would spend thousands of yuan for dog's clothing. Then he received the reply - "Did you see the little Thom Browne sweater I bought for my dog? I got it from the UK and only spent 500 euro, several hundred yuan cheaper than buying it in China!" 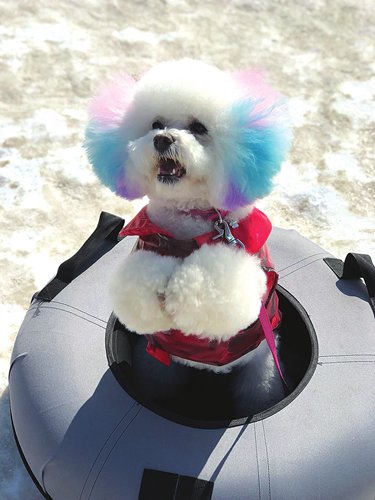 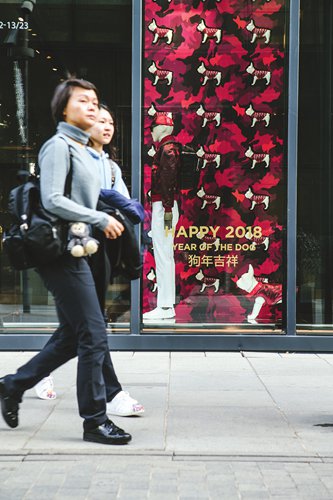 A life of luxuryA 2016 research from AskCI Consulting, a research service for institutions and consulting firms, stated that while raising pets is mainly for the entertainment of the owners and there was not much independent consumption on pets in the past in China, along with the rising of people's economic levels and the position pets have in their owners' minds, a pet product market has emerged and is expanding fast. The research shows the pet product market in China was about 15.6 billion yuan back in 2010 and has surged to 154.5 billion yuan in 2015. Also, in 2016, about 49.6 percent of Chinese pet owners spent between 101 to 500 yuan a month on their pet,while more than 16 percent spent around 1,000 yuan for each pet every month. "Along with the rise of a material life, changes in family structure, increased work pressure and the worsening of people to people relationships, more and more people are putting their emotions into their pets," the research explained. "The annual increase of the pet product market in 2015 was 46 percent, and it is expected to keep increasing by 30 percent each year," the research added. Earlier this month, Maggie Yang received a gift for her dog Cola from a friend - a Moncler down jacket.  She fell in love with the jacket and could not wait to dress Cola up and take her out for a stroll. She found that the design of the Moncler down jacket, with a detachable waterproof vest, is considerate of dog's needs. "Dogs will get very excited seeing the snow and because they walk on four feet, it is easy for them to get wet. The waterproof vest solves this problem," she says. "Last year, I wanted to buy a Moncler down jacket for her, but it was already sold out before we ordered," Yang said. Being a pet lover, as well as the owner of a high-end pet salon in Shenyang, Liaoning Province, Yang knows well where and who provide the best products for pets. Comparing luxury brands, Yang thinks professional pet brands are better. Using pet clothing as an example, Yang explained that they have more detailed sizes and better fits for different pets."Clothes from Europe and the US are more simple, practical and durable, while Korea provides many more styles, including hairpins, hair bands and hats, which better suit the preferences of Asian pet owners," she says, noting that while some people may think clothes are unnecessary for pets like dogs, clothes are not only used to protect pets from cold weather, as the northern parts of China often get very cold in winter, but also to prevent insets bites and stained fur. Not a loyal fan of luxury brands, Yang admits that she and her husband care a lot about the quality of their pets' lives. Beside Cola, they are also raising a cat. "The food, snacks, health products and shampoos are all imported from abroad, and the bathtubs, as well as a spa machine, were ordered from Italy, which cost about 80,000 yuan," Yang told Metropolitan. According to the 35-year-old woman, the annual cost for a pet, including food, beauty, healthcare and travel, is about 20,000 to 30,000 yuan. 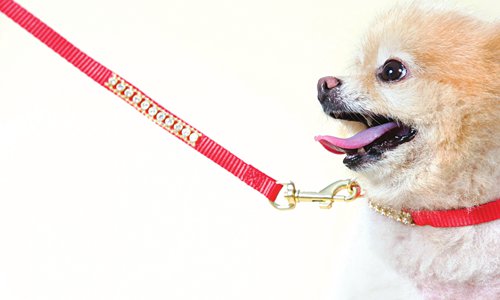 Pets are gaining higher positions in the family and are living more of a luxury lifestyle with imported food and expensive clothing. Photo: IC

Raising the status quo In fact, even A-list luxury brands, such as Gucci, Louis Vuitton and Hermes, all have pet product business lines. According to the luxury section of Tencent's website portal qq.com, Louis Vuitton has designed suitcases for pets since 1931, Gucci updates clothes for pets every season and Hermes provides nearly 200 styles of dog products. Recent years have seen more newly launched brands coming out with pet products, and the popularity of these brand name products indicates an expanding pet market in China. Yang started a pet salon business about three years ago and witnessed a growing number of Chinese pet owners who pay more attention to their pets' quality of life. "Many people today treat pets as kids and family members, and feel that the expenses for pets are a necessity," she says. "People nowadays place pets in a more and more important position," Kero, a female pet owner in Beijing, told Metropolitan. "If economic conditions permit, it is not wrong to buy brand name items for your dogs."She added that because her dog Miumiu seldom goes out of the house, she bought pajamas for him to wear in the daytime and a nightgown for the evenings. "I also bought him a nutrient solution and take him for regular health checks. And all the snacks I give him are imported," she said.  Though she does not have a clear number of her annual expenditure on Miumiu, she recalled that each time she purchased items for him, it cost her several thousand yuan. A growing market FuzzYard is an Australian pet brand that entered the Chinese market last year. Founded in 2003, the brand boasts "premium pet products" that have the "highest aesthetic appeal whilst maintaining the highest of human standards." Seeing a bright future here, Eva Shen, a representative of the China regional general agent of FuzzYard, told Metropolitan that "the Chinese pet market has shown a consistent rise in the past two years. The aesthetic values of pet owners, consumption concepts and the concept of raising pets are changing, and the market has a lot of potential." "Now, people to people relationships are getting very complicated and pressure from work is big. But from pets, people can get the most direct and simple trust and loyalty, and therefore, they are more willing to spend money on them," said Yang.