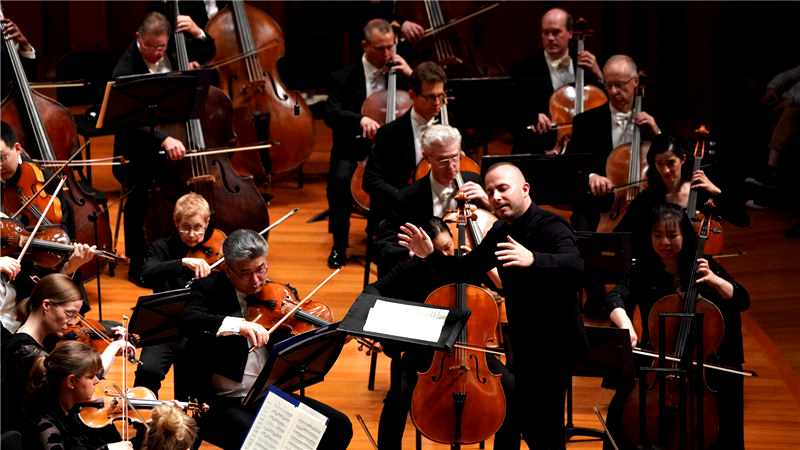 The Philadelphia Orchestra performs at the National Center for the Performing Arts. (Photo courtesy of the NCPA)

The Philadelphia Orchestra, one of the world"s preeminent orchestras, has begun its 2019 China Tour. On May 17 and 18, the orchestra presented two concerts at the National Center for the Performing Arts in Beijing (NCPA).

Led by music director Yannick Nezet-Seguin, the concert on May 17 started with the world premiere of "Fanfare Overture".

The piece, written by world-renowned Chinese composer Tan Dun, was specially commissioned by the Philadelphia Orchestra. The work perfectly combines beautiful Chinese melodies with smooth American rhythms, in a unique style, all of Tan Dun"s own.

Following were the "Pastoral" symphony by Beethoven – a piece the orchestra performed during its first-ever visit to China in 1973 – and the Symphony No. 2 in D Major by Sibelius.

Matias Tarnopolsky, CEO of the Philadelphia Orchestra, said: "The choices of the repertoire are as much about our historical connections to China, as it is a reflection of the orchestra"s musical profile."

The concert on May 18 was a celebration of the 40th anniversary of diplomatic relations between China and the U.S. 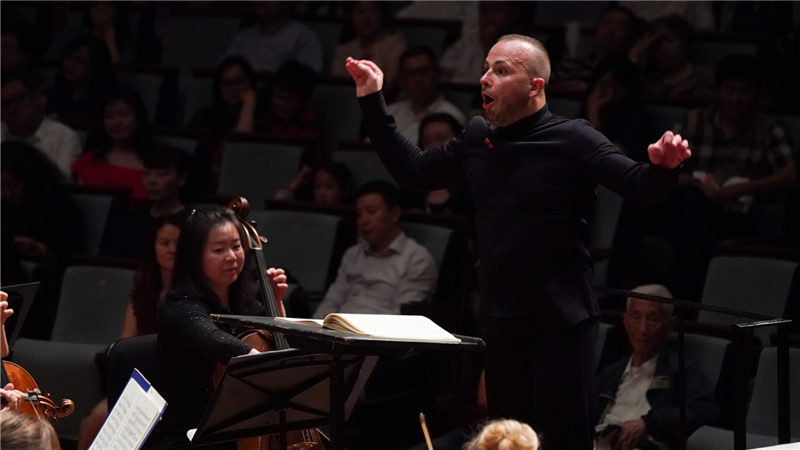 Yannick Nezet-Seguin, music director of the Philadelphia Orchestra, conducts at the National Center for the Performing Arts. (Photo courtesy of the NCPA)

But the Philadelphia Orchestra"s relationship with China predates that 1979 landmark by six years.

Since then, the orchestra has made regular trips to China for the past 46 years, visiting more frequently over the last nine years as a cultural ambassador between the two countries.

Tarnopolsky added: "The Philadelphia Orchestra first came to China in 1973. And this relationship between the orchestra and China, like music, began with silence and grew steadily ever since. Ultimately, our visits are about music, and about connecting deeply with the people of China, with the audiences. That is what gives meanings to our visits."

The tour involves seven concerts over 10 days, and other events including small ensemble performances, classes, seminars, and networking events.

After the two concerts in Beijing, the orchestra will continue its tour in Tianjin, Hangzhou, Nanjing, and Shanghai.