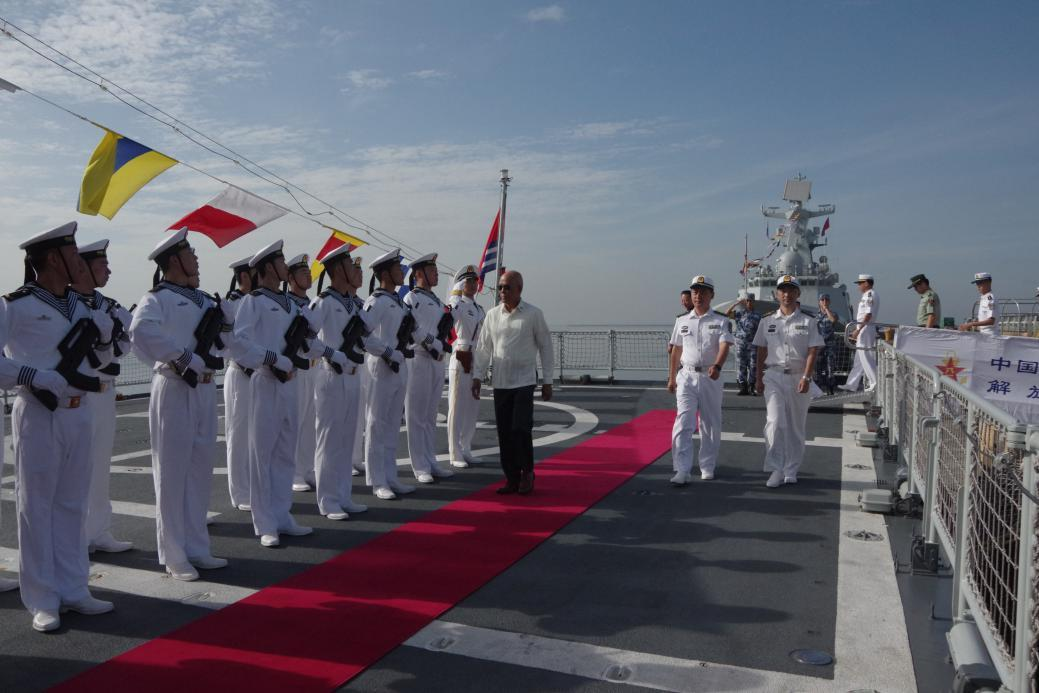 Lorenzana toured the missile frigate and was briefed on the PLA Navy and ETG’s previous missions in the Gulf of Aden and Somalia, commanded by Rear Admiral Xu Haihua and Rear Admiral Du Naihua.

Lorenzana welcomed the Chinese crew, expressing sincere thanks for their hospitality. He said that military relations between both countries is an important part of the overall relationship between China and the Philippines. He also expressed his support for continuous naval exchanges and cooperation including high-level visits, personnel exchanges, and mutual ship visits.