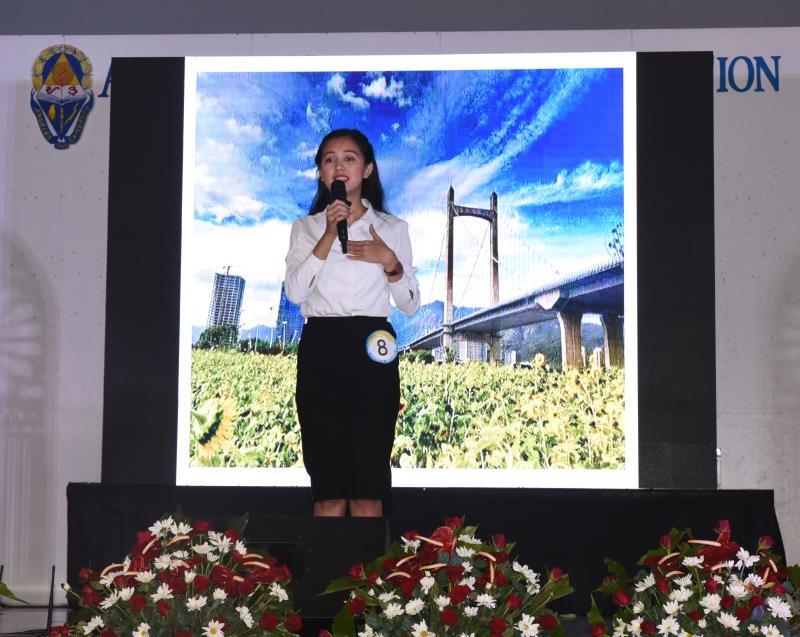 During his opening address, Angeles said, "in recent years, the demand for Chinese studies in the Philippines has been increasing rapidly. It is through learning Chinese Mandarin that we can promote people-to-people exchanges between the Philippines and China.”

Sponsored by the Cultural Office at the Chinese Embassy in Manila, 12 finalists from different schools across the country put their knowledge of Chinese language and culture to the test.

With the theme “One World, One Family” participants competed in three categories, quiz bee, speech, and talent.

Rica Valenzuela, from the Confucius Institute at Angeles University Foundation, garnered the highest points in all categories and walked away from the overall champion.

Valenzuela, whose Chinese name is Wei Yi, will represent the Philippines in China at the Global Chinese Bridge Competition.