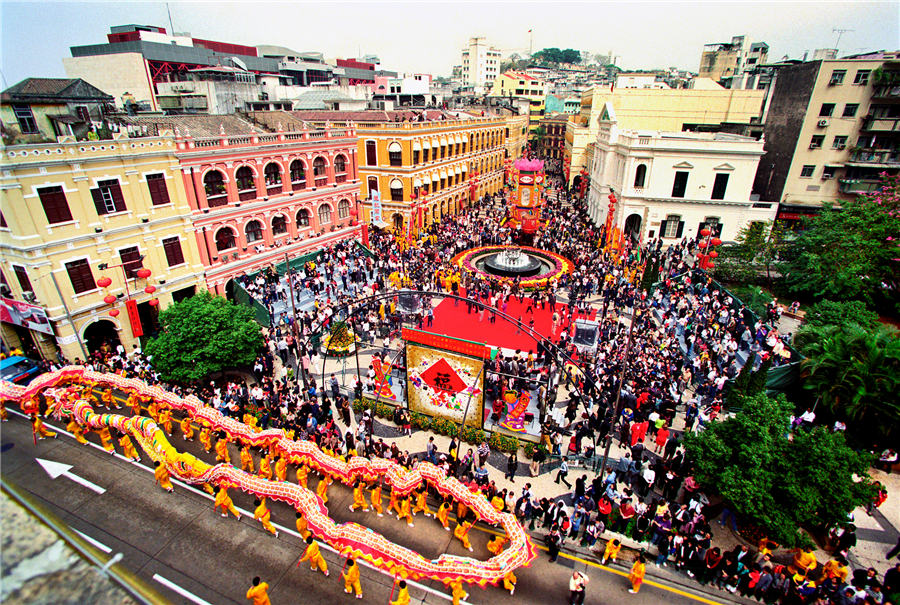 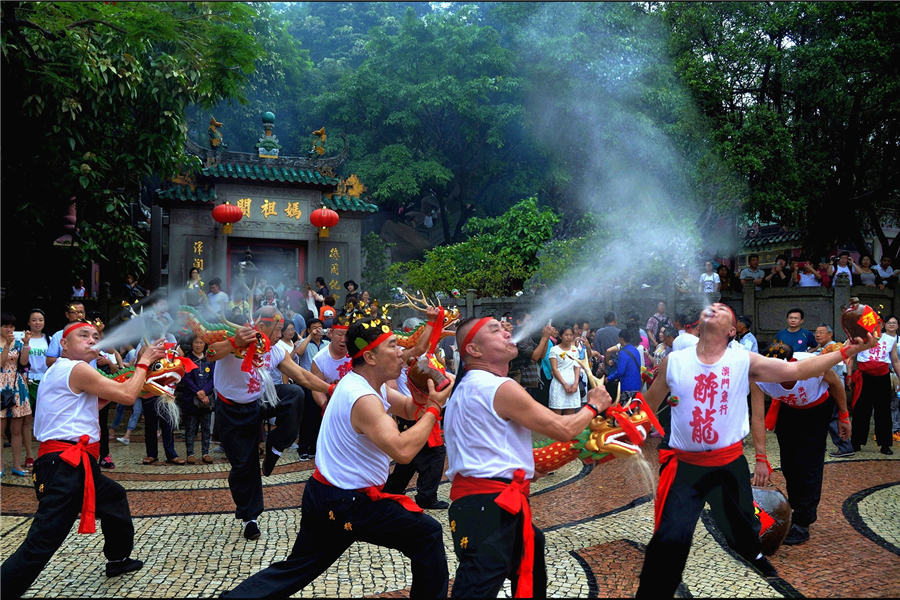 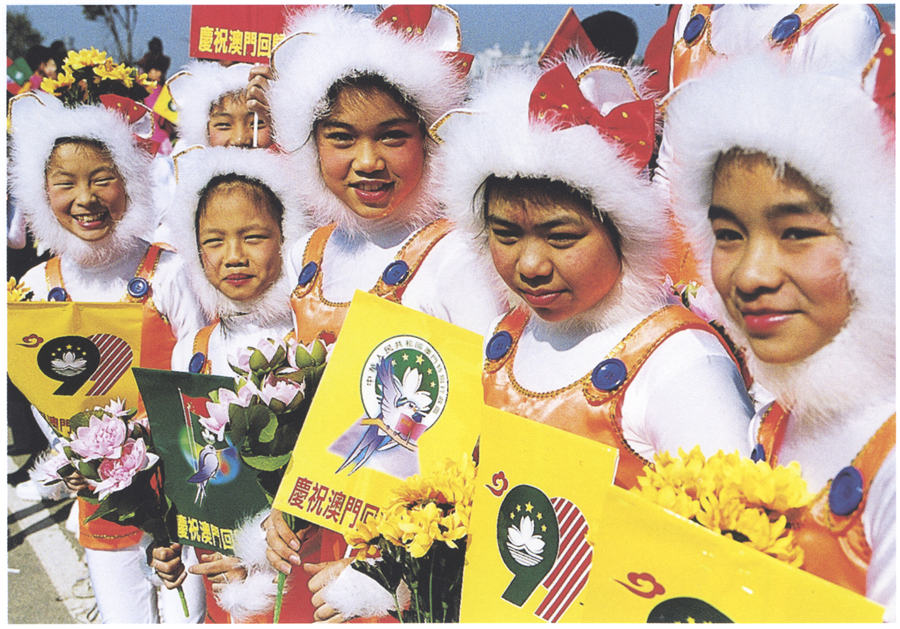 Students take part in parade on the day when Macao returned to China in 1999. 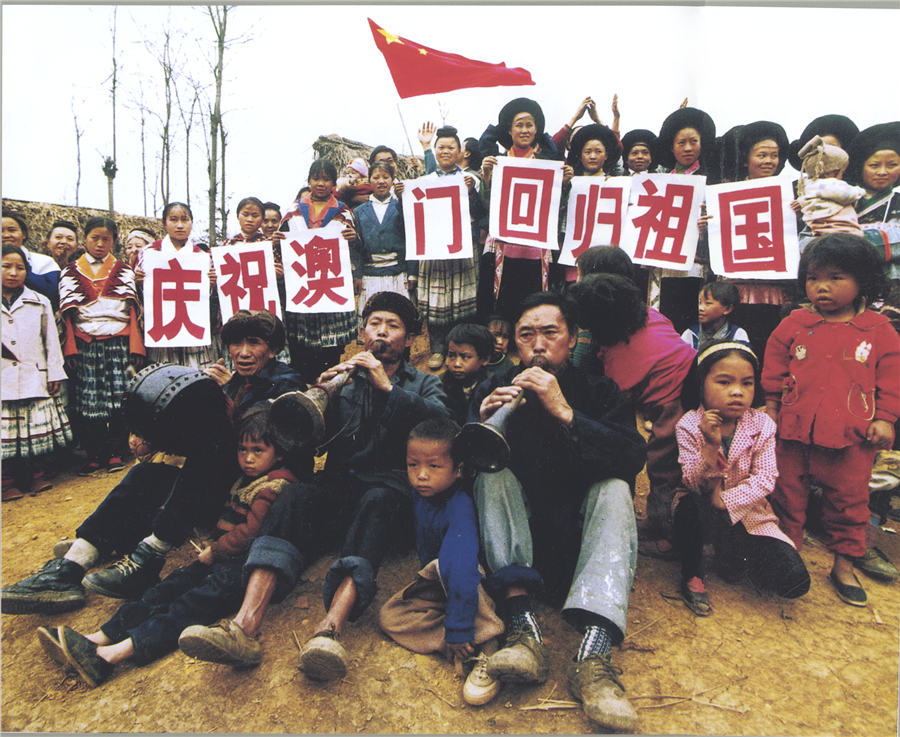 People from the mountainous area celebrate Macao's return in 1999. 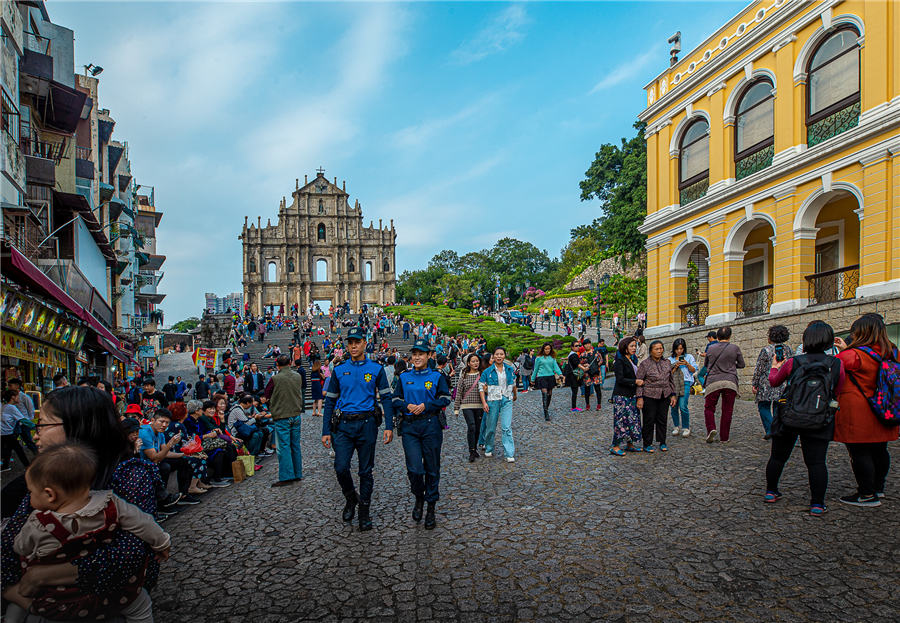 Police patrol at the tourist attraction Ruins of St. Paul's in Macao. 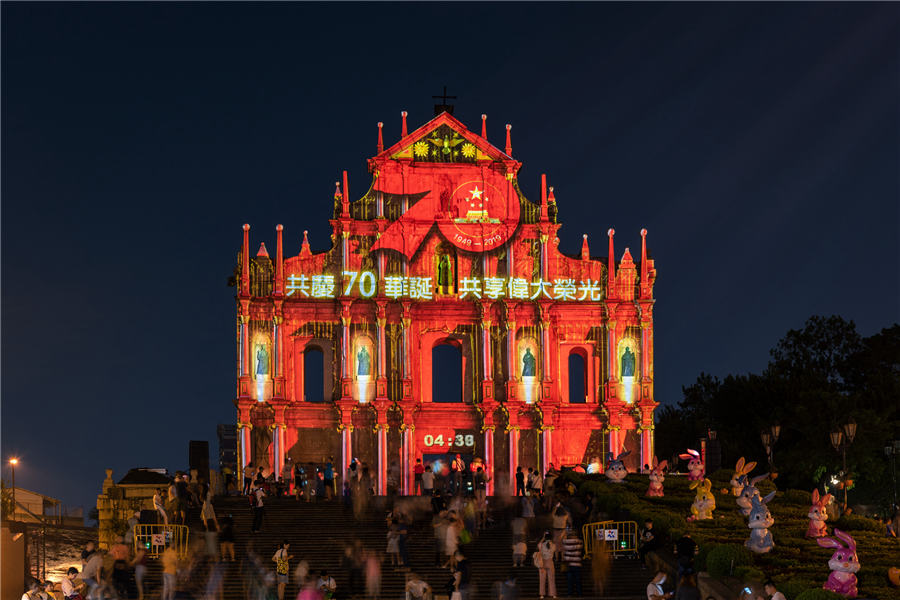 A light show is staged at the Ruins of St. Paul's Cathedral in Macao. 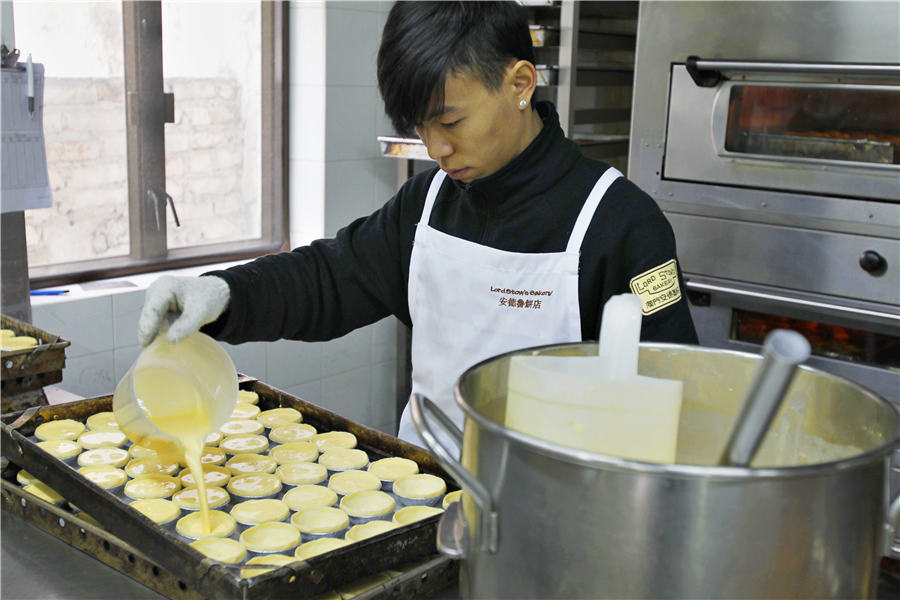 A man makes egg tart, the most famous snack in Macao. 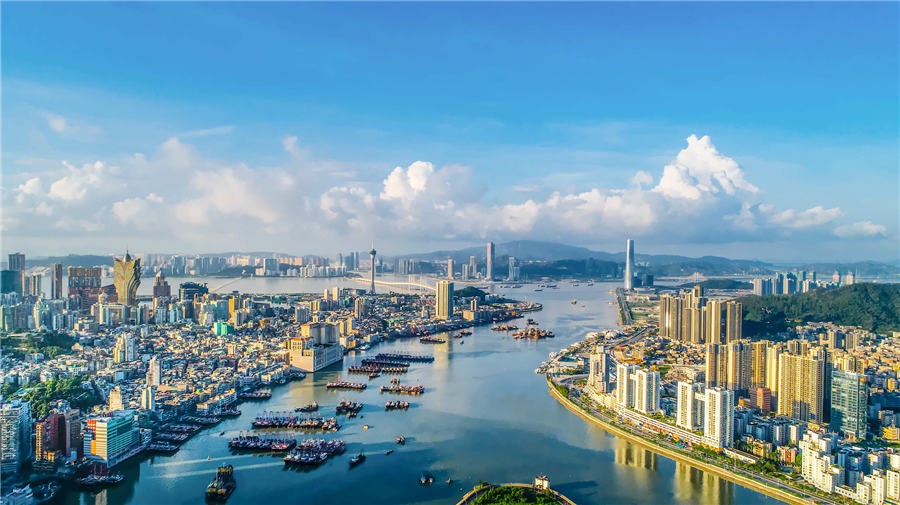 Zhuhai city and Macao, separated by a river, boom together. 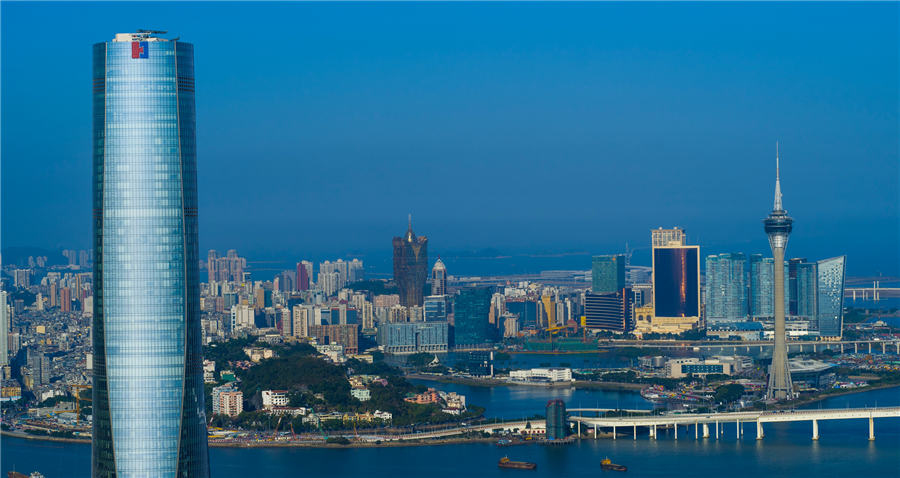 The scenery of today's Zhuhai and Macao. 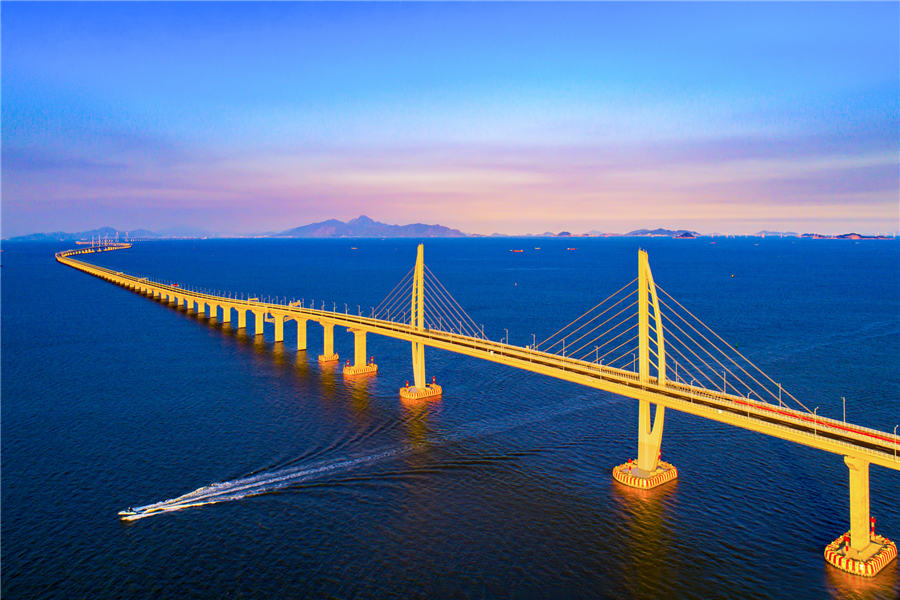 The scenery of Hong Kong-Zhuhai-Macao Bridge.