NAY PYI TAW, Jan. 18 (Xinhua) -- A photo exhibition in commemoration of the establishment of diplomatic ties between China and Myanmar opened here Friday, bringing visitors back to historical moments of the two neighboring countries during the past 70 years. 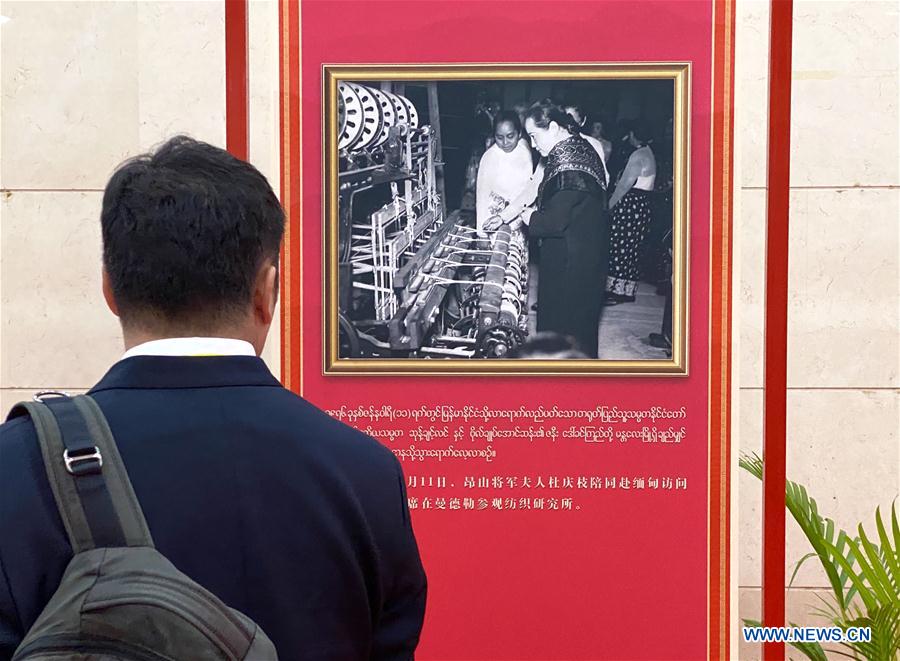 A total of 46 precious photos were on display with captions in both Chinese and Myanmar languages in the Myanmar International Convention Center 2.

As more and more Chinese visited Myanmar, U Yin Htwe said he looks forward to closer people-to-people exchanges between the two countries.

U Aung Phyo Myat, Nay Pyi Taw regional director of the Myanmar Ministry of Communications and Information Technology, said he believes the friendship between the two countries will be handed down from one generation to another.