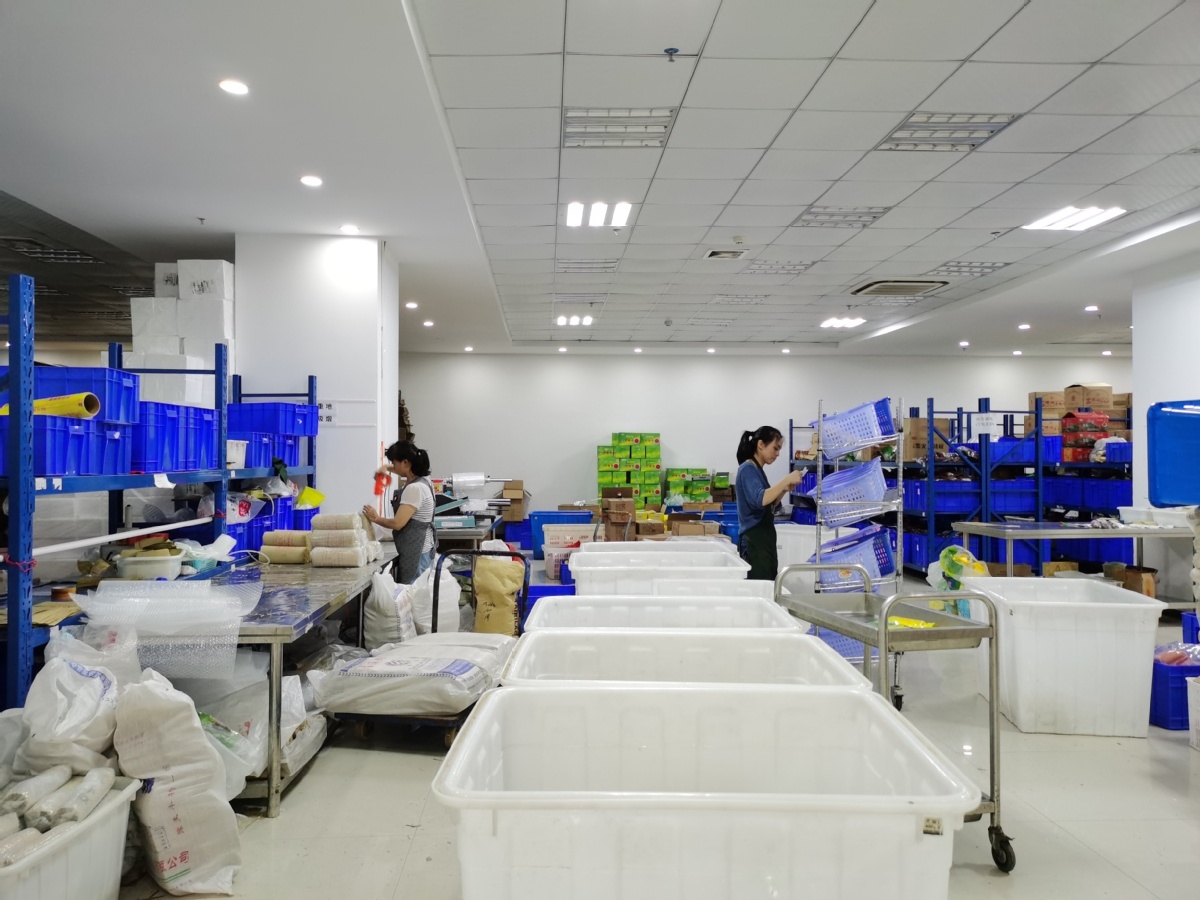 Zhang Rongfei's staff sort and package local products in the workshop. (Photo by the media center of Huichuan district in Guizhou/Provided to chinadaily.com.cn)

"After I graduated from junior high school, I went to a vocational school and took part in the adult college entrance examination after self study," Zhang Rongfei said.

Being frustrated and defeated in a competitive workplace, Zhang Rongfei realized that working in the outside world was not conducive to his own development, so he got the idea of returning home to start a business.

In early 2013, with years of work experience and knowledge of e-commerce operations, Zhang returned to Zunyi to research the market. 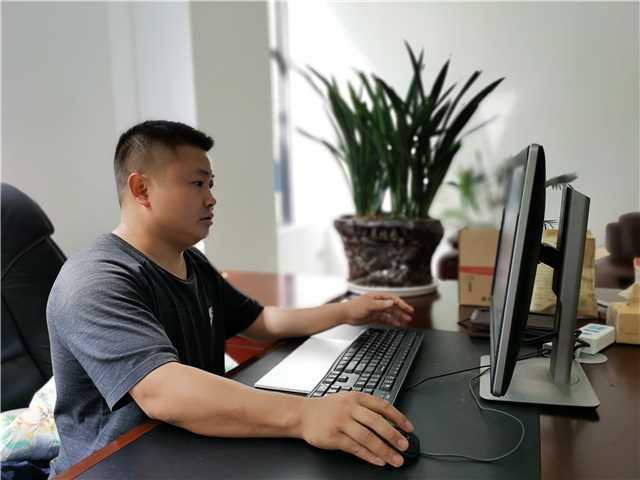 Zhang Rongfei, who grew up in the small mountain village of Yutai in Huichuan district, Zunyi city in Southwest China's Guizhou province, set up an e-commerce company to sell local products and created more than 200 jobs for villagers and disabled people.

Long before then, Zhang Rongfei, being a migrant worker, had worked in Shanghai and South China's Guangdong and East China's Zhejiang provinces from 2007 to 2012.

He dreamed of a better life as a teenager. He was determined to walk out of his small hometown by studying hard to escape people's prejudice after a bout with polio in childhood left him without the use of his legs. He hoped to define his own success.