CHENGDU, June 17 (Xinhua) -- A pig that rocketed to stardom after it was found among ruins 36 days after a fatal earthquake in Wenchuan County of Sichuan Province in 2008, passed away on Wednesday evening. 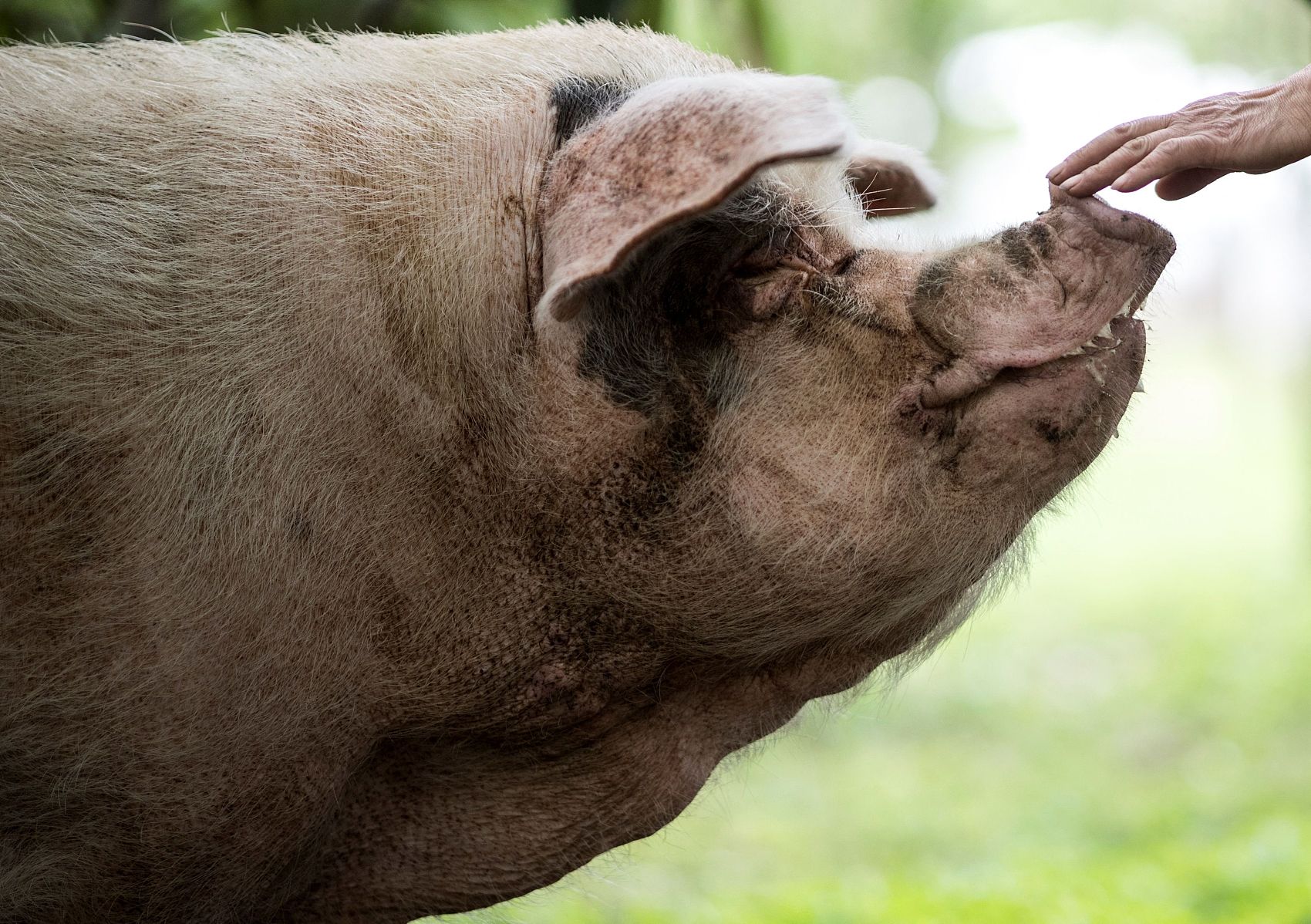 This photo taken on April 25, 2018 shows a pig known as "Zhu Jianqiang", who became a national icon after it survived the devastating earthquake 10 years ago, being comforted by worker at a museum in Anren, Sichuan province. (File photo: CFP)

Before the Wenchuan earthquake, the pig was raised in Tuanshan Village, Longmenshan Township, the city of Pengzhou, southwest China's Sichuan Province. On May 12, 2008, when the deadly magnitude-8.0 earthquake hit Sichuan's Wenchuan County, the pig was buried in the ruins of its sty and managed to survive on mere raindrops and charcoal for 36 days until it was rescued on June 17, 2008.

The pig weighed only about 50 kg, about one-third of its original weight before the quake when it was found by the rescuers.

Its great tenacity and eagerness for life during the natural disaster moved many Chinese at that time, as more than 87,000 people were reported dead or missing and millions were left homeless due to the earthquake. Since then, citizens fondly named the pig "Zhu Jianqiang," meaning strong pig in Chinese, for the miracle of its survival and the tremendous relief brought to the Chinese people. 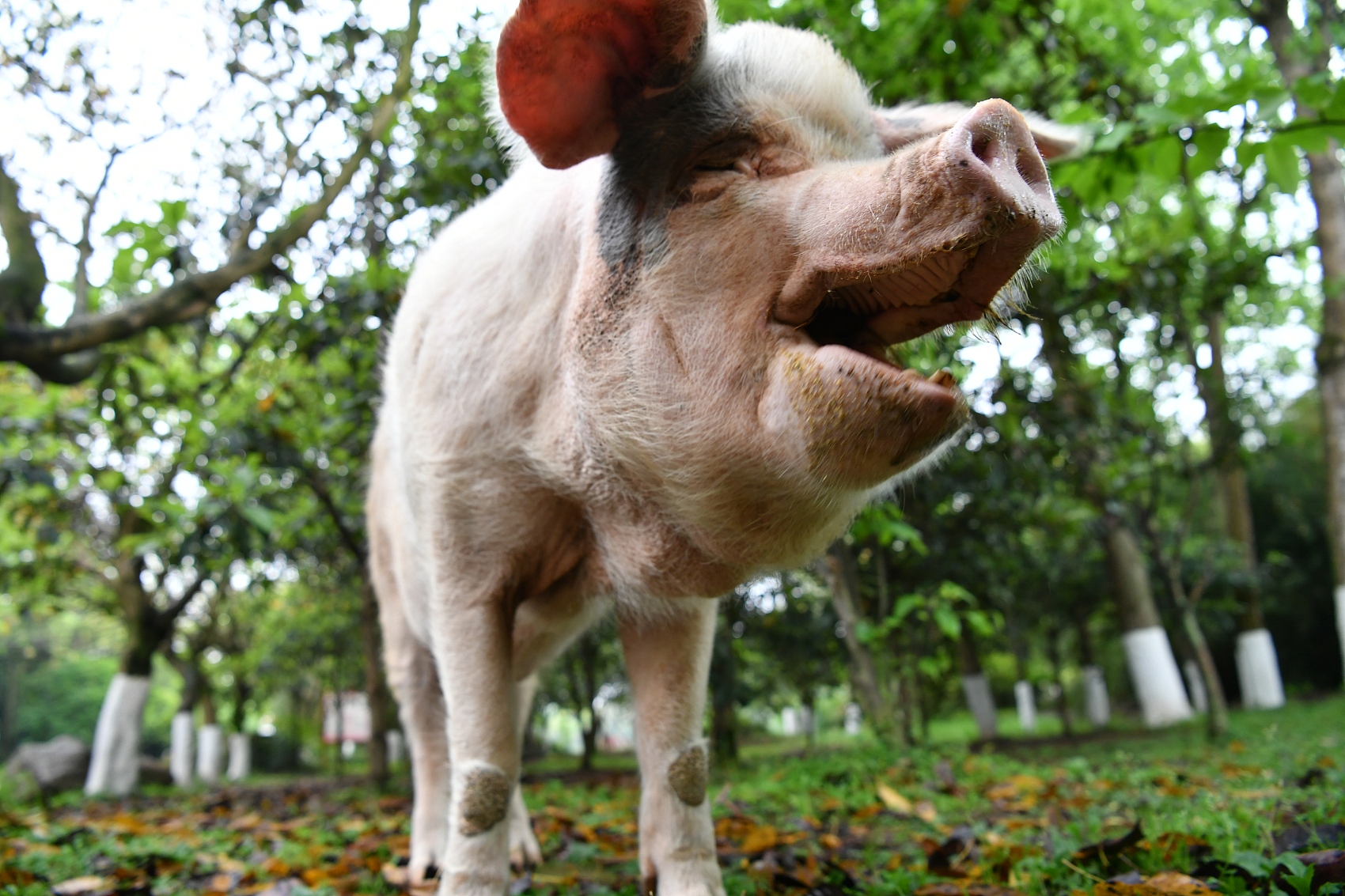 It had been raised in Jianchuan Museum, one of China's biggest private museums, since June 22, 2008. The museum built a comfortable enclosure for the animal, with specialized keepers and regular visits from doctors. During its lifetime, the pig weighed at most more than 150 kg.

In January 2020, the museum set up a new exhibition and living area for the animal star, with display boards and videos presenting its extraordinary life story.

Zhu Jianqiang was originally bred for slaughter. If it had not been for the earthquake, he would have been sold and processed in less than a month. However, the quake, one of the most destructive in China for decades, changed the pig's life forever.