With the Year of the Pig just weeks away, pig-related products have become a popular item on Chinese people's shopping lists for celebrating the upcoming Spring Festival. 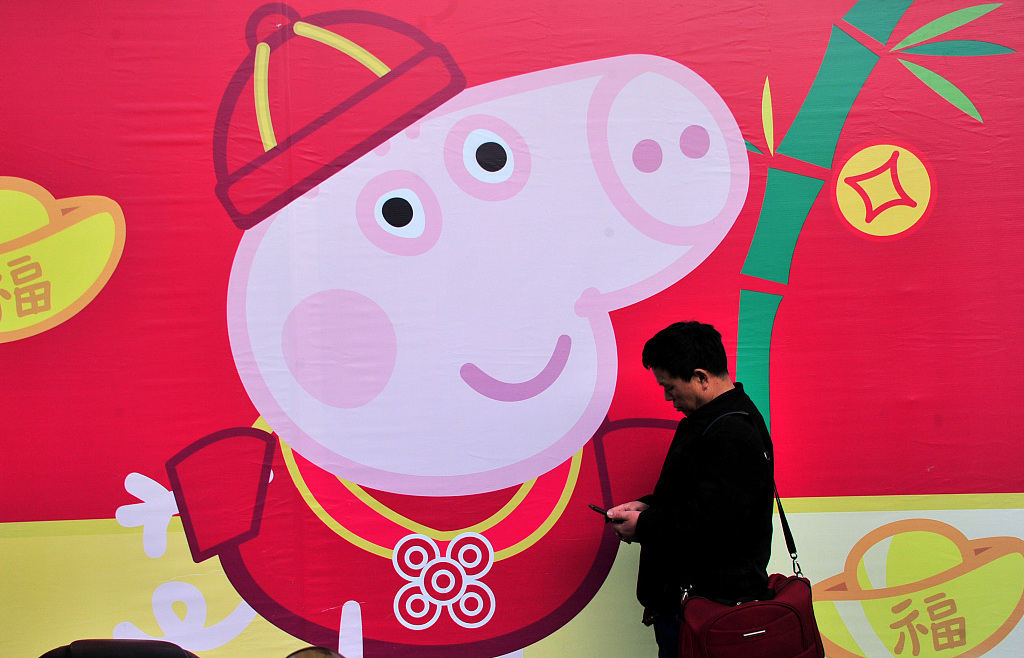 There are hundreds of shops selling all kinds of Peppa Pig-inspired items, including necklaces, bracelets, piggy banks, red envelopes, toys and backpacks.

At the Peppa Pig flagship shop on T-mall, more than 400 golden Peppa Pig piggy banks were sold last month for 219 yuan ($32.50) each. Around 200 people preordered the piggy banks for 169 yuan during a special sale on Sunday. Around 9,000 Peppa Pig toys were sold at the store last month, with prices ranging from 29 to 329 yuan.

More than 3,800 Peppa Pig backpacks for children were sold last month at one store, and dozens of people bought golden Peppa Pig necklaces costing around 1,500 yuan each at a different store.

Peppa Pig-related products are so popular that employees at eight stores contacted by China Daily declined to be interviewed because they were busy with customers.

Zou Hengjuan, who was born in 1983, also a Year of the Pig, bought herself a braided red bracelet with an image of the show's main character, Peppa, on Taobao.

"Chinese people believe you should wear something red during the zodiac year in which you were born to fend off potential accidents, and I hope the red bracelet will keep me safe and sound in 2019," she said.

In Chinese culture, pigs are a symbol of wealth, and their chubby faces and big ears are not only cute but also signs of good fortune, she said. 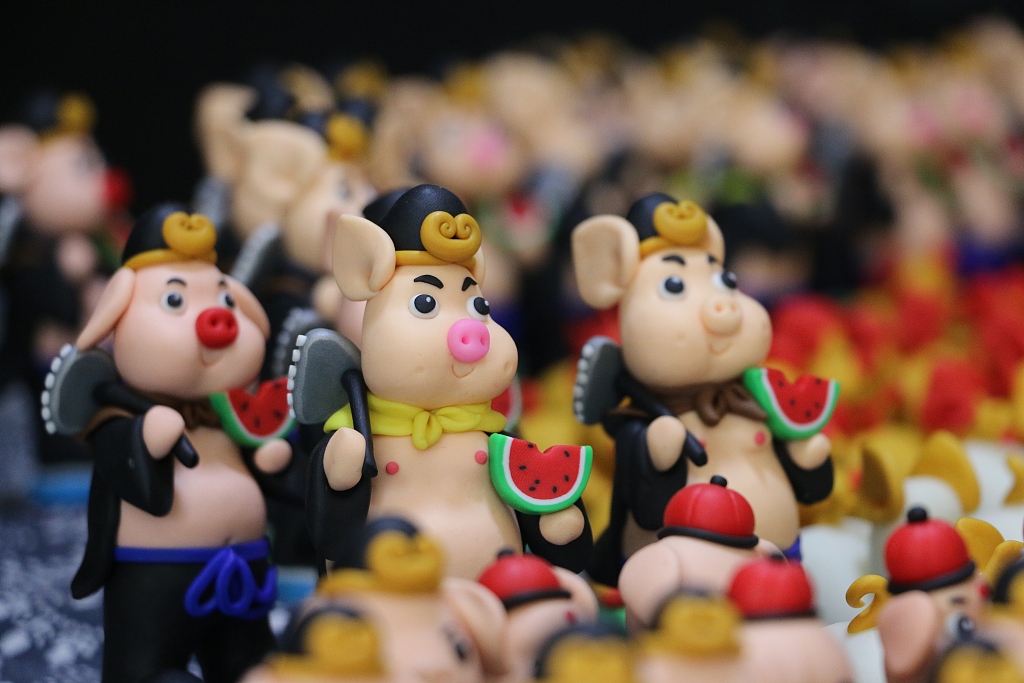 Since China Post issued a set of special zodiac stamps in honor of the 2019 Chinese Lunar New Year on Jan 5, some residents of Beijing have waited overnight or longer at post offices to be the first to collect the stamps.

Hong Kong Post also plans on Saturday to issue a set of special zodiac stamps with gilding and silk decorations to celebrate the Lunar New Year.

In Taiyuan, Shanxi province, Zhutou Alley or Pig-Head Alley has become popular, with many local people posting pictures with the street sign on social media.

Ge Xiaobo, a government employee in Taiyuan, went to the post office near the Taiyuan Railway Station for three days, beginning when the Zhutou stamp first became available, to collect the stamps for other collectors around the country.

He also visited the alley and learned about its history.

"Temporary date stamps are rare and I want to share the joy with others," he said.