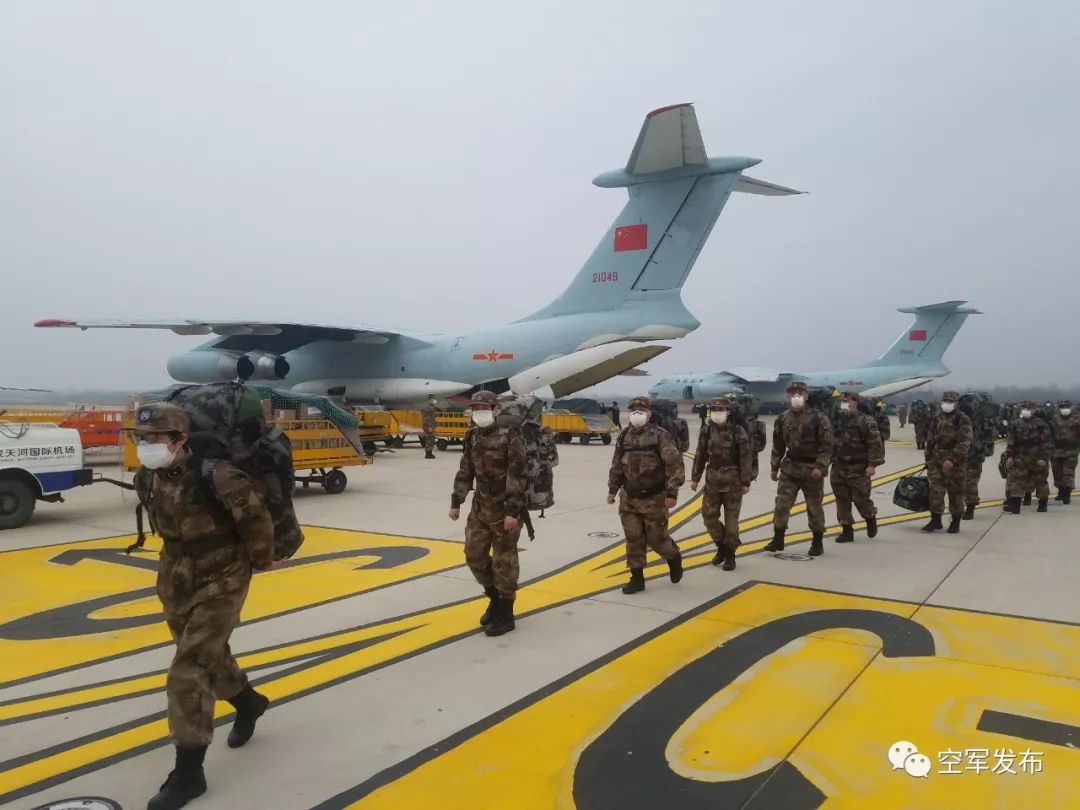 Under the command of the Central Military Commission, the aircraft took off in the early hours of Sunday from a military airport and headed for the cities of Shenyang, Lanzhou, Guangzhou and Nanjing. Once loaded with the medical staff and supplies, the aircraft took off again and arrived in Wuhan between 8:55 a.m. to 9:30 a.m. successively.

It is the largest number of large transport aircraft dispatched by the PLA air force in non-combat military operations after its disaster relief efforts in the 2008 Wenchuan earthquake in Sichuan Province and the 2010 Yushu earthquake in Qinghai Province.