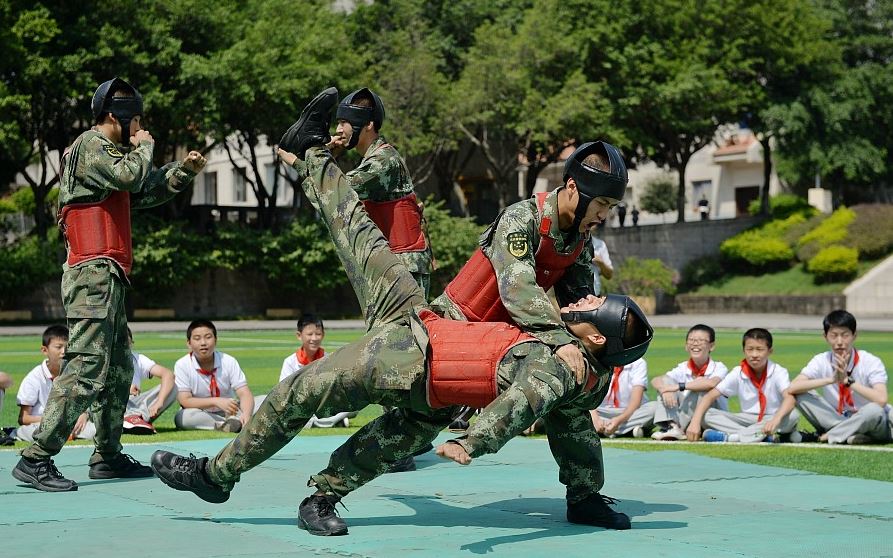 Seventh graders observe a training session of the People's Armed Police Force at a camp in Chongqing. The activity took place ahead of the 17th National Defense Education Day, which falls on Sept 9, 2017. (Photo: VCG)

Titled "Homeland High Above," the promo showcases some of the country's most advanced warplanes like J-20 stealth fighters and H-6K bombers, as well as improvements in the combat capacity of the air force.

Shen Jinke, a spokesperson for the PLA Air Force, said the video demonstrated the air force's will and its ability in safeguarding China's sovereignty and territorial integrity.

He also summarized the air force's efforts in promoting openness and garnering public support, such as participating in air shows.

The PLA Air Force released several multi-language promo videos earlier this year, including one about its H-6K bomber and another of its aerobatics team.

Inaugurated in 2001, the National Defense Education Day is celebrated on the third Saturday of each September.