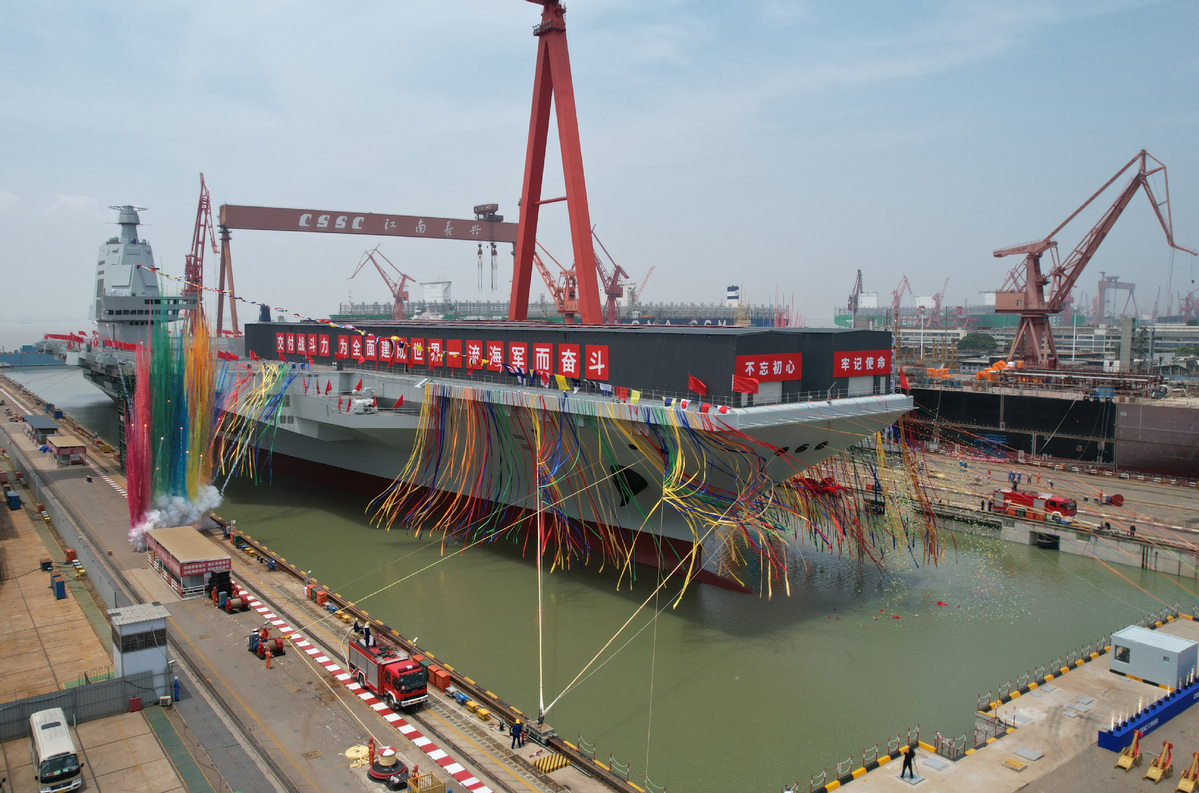 China's third aircraft carrier, the CNS Fujian, is towed out of its dry dock at China State Shipbuilding Corp's Jiangnan Shipyard Group in Shanghai at a launch ceremony. (Photo: Xinhua)

China will take its national security needs and defense technology into consideration while planning the country's aircraft carrier fleet, according to a military spokesman.

Senior Colonel Tan Kefei, a spokesman for the Ministry of National Defense, said at a news conference in Beijing on Thursday afternoon that the People's Liberation Army's hardware modernization is purely intended to safeguard China's sovereignty, security and interests. It is not targeted at any third party and does not pose a threat to any foreign nation or region, he said.

The spokesman reiterated that China's defense policy is defensive in nature and the nation will continue to contribute to world peace, global development and international order.

Tan made the remarks in response to questions about whether China will build more large carriers after the recently unveiled CNS Fujian and if there would be changes to the country's defense policy.

The Fujian, China's third aircraft carrier, was unveiled on June 17 in Shanghai as it was towed out of its dry dock at the China State Shipbuilding Corp's Jiangnan Shipyard.

Upon its completion, the gigantic ship will displace more than 80,000 metric tons of water, making it the largest and mightiest warship any Asian nation has ever built, and also one of the world's biggest naval vessels.

In the next phase, the carrier will undergo mooring and sea trials to comprehensively test its overall capabilities and specific equipment, the Chinese military said.