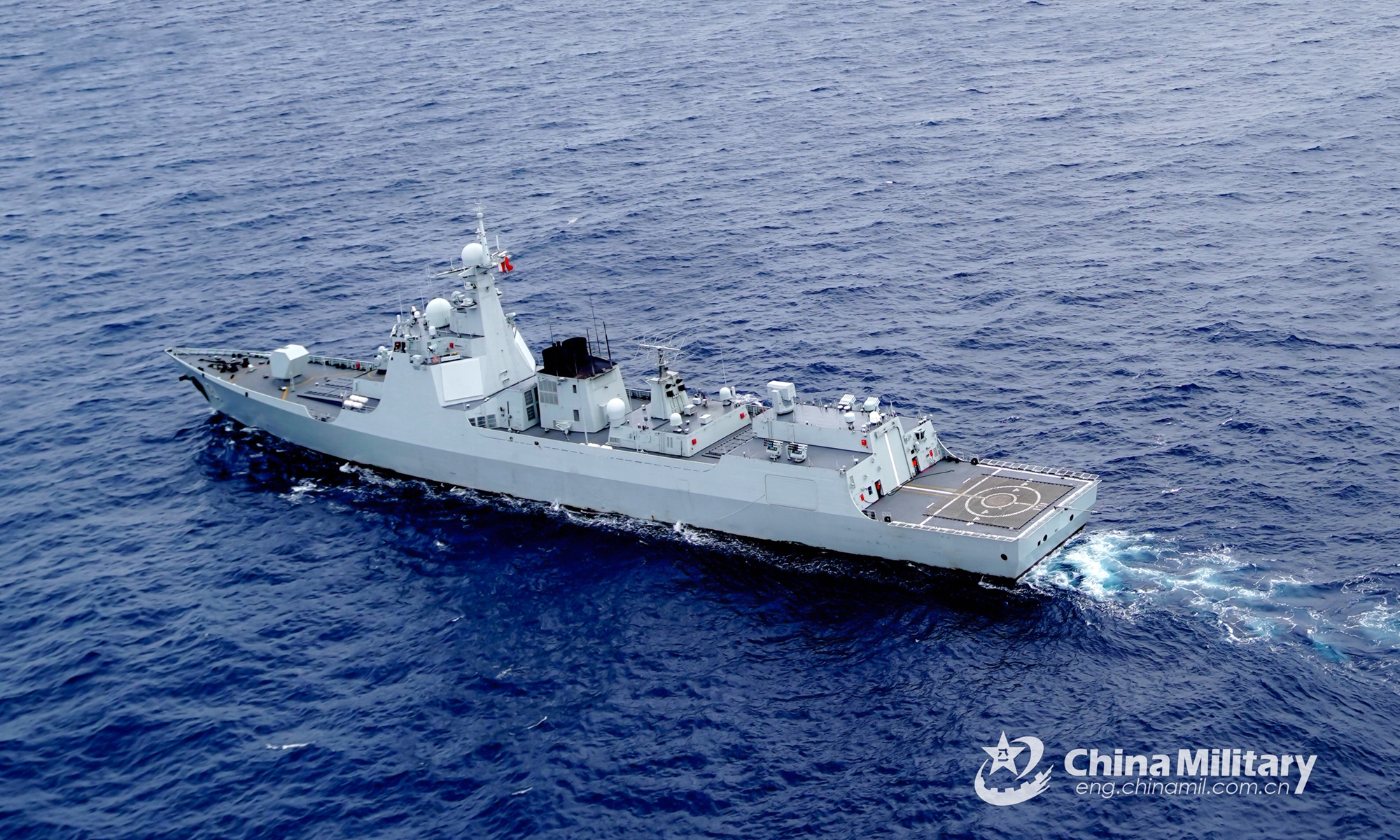 Two naval vessels attached to a destroyer flotilla with the navy under the PLA Eastern Theater Command conduct an astern replenishment-at-sea during a realistic combat training exercise in waters of the East China Sea in early November, 2021. (Photo: China Military)

The People’s Liberation Army (PLA) Eastern Theater Command has continued organizing naval and air forces to patrol with combat readiness in the Taiwan Straits, and such actions are necessary in response to the cross-Straits situation, Senior Colonel Shi Yi, spokesperson for the PLA Eastern Theater Command, said on Friday.

On the same day, a US congressional delegation is in the island of Taiwan for a visit, the second such delegation in November. The PLA Eastern Theater Command’s action on Friday is apparently targeting the US’ interference in the Taiwan question, analysts said. The PLA Eastern Theater Command conducted similar patrols in response to a group of US congressmen’s visit to the island of Taiwan on November 9.

It is possible that the PLA was waiting for the US congressmen’s plane when they entered the self-proclaimed southwest air defense identification zone of the island of Taiwan and saw them leaving, analysts said, noting that the mainland is taking granted tit-for-tat and firm fight on Taiwan question.

The island of Taiwan is part of China and to defend the sovereignty and territorial integrity is the sacred mission of the PLA. Forces of the PLA Eastern Theater Command would stay on high alert and take necessary measures to fight at any time against the interference of foreign forces and attempt of secessionists on the island of Taiwan, the spokesperson said.

The military action on Friday had a clear target and was a warning to some US politicians. The sternness of the warning was showcased in three words and phrases - “continue,” “anytime” and “all the time,” analysts said.

In response to US politicians’ visit to the island at the beginning of November, the PLA Eastern Theater Command conducted a joint patrol with combat readiness. And the spokesperson used the word “continue” to describe the action on Friday, which showed the action will last for a period of time, they noted.

Some US politicians visited the island of Taiwan twice within a month and were obsessed with playing the “Taiwan card.” Taiwan's Democratic Progressive Party (DPP) authority is walking on the downward slope and it is more willing to collude with the US, two experts who asked for anonymity, told the Global Times.

The clumsy show put on by certain US politicians and the Taiwan authorities will be overwhelmed by China's reunification process and can never change the unbreakable landscape where 180 countries in the world are committed to the one-China principle. All erroneous acts that run counter to the trend of China's reunification are like ants trying to topple a giant tree and will end up in failure, Zhao Lijian, the Chinese Foreign Ministry spokesperson, said on Friday.

On the question of Taiwan, China has no room to compromise. Wu Qian, spokesperson for National Defense, told a press conference on Thursday that the US has made many irresponsible remarks on the Taiwan question and made provocations. China will not compromise and the US should have no illusions.