PLA garrison 'one of the foundations' of Macao's stability and prosperity 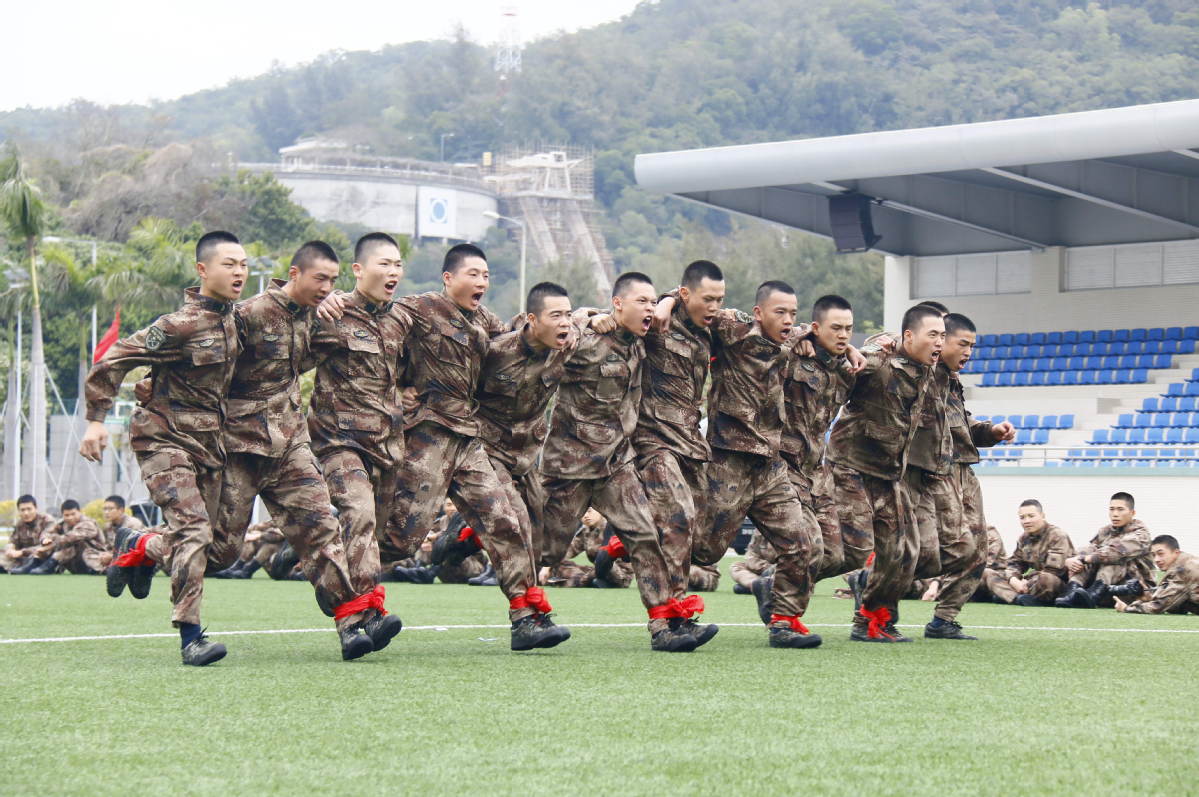 Officers and soldiers of the People's Liberation Army Macao Garrison said they always strive to improve their combat readiness and operational capability to better implement missions and duties.

Song Haiqiang, commander of an armored infantry company stationed in the Macao Special Administrative Region, told reporters during a recent open house for domestic media that his company constantly told soldiers to keep their missions and duties in mind and asked them to be prepared for any crises, eventualities or combat.

"We test the troops' combat preparedness on a daily basis and hold fighting drills on a weekly basis," he said. "Our weapons and equipment have been well categorized and organized so they can be mobilized conveniently in response to contingencies."

Song said his company uses a set of training standards that are higher than the PLA's training guidelines, so its soldiers must train harder to meet the requirements.

"For instance, the guidelines say that a soldier shall gain 240 points to qualify himself or herself in the military sports test, but our qualification threshold is 360 points," he said. "In the armored vehicle driving test, our qualification requirements are 20 percent higher than those in the guidelines. Our assault units need to use 12 types of firearms to hit 54 fixed and moving targets within five minutes."

Wang Peng, commander of an infantry battalion at the Macao Garrison that includes Song's company, said that thanks to the hard training and realistic exercises, Song and his soldiers had never let him down.

"Song himself is a top-class warrior with an outstanding training record, and his partner, Zhang Zhixing, political instructor of the company, is the record-holder of the garrison's individual combat contest," Wang said. "Their company also won the championship in the garrison's company-level operational capability contest this June."

A statement published by the Macao Garrison said the garrison's commanders firmly follow instructions from Xi Jinping, chairman of the Central Military Commission and general secretary of the Communist Party of China Central Committee, on strengthening combat readiness and operational capability, and they make all-out efforts to boost training and exercises for troops.

The garrison organizes tactical and campaign training, skill contests and live-fire drills on a regular basis and has sent its troops to participate in joint exercises with foreign militaries, the statement said.

The PLA Macao Garrison was set up in March 1999 in Zhuhai, a neighboring coastal city in Guangdong province, and entered Macao on December 20, 1999, as China resumed its sovereignty over the "Monte Carlo of the Orient" after more than 400 years of colonial rule by Portugal.

The statement said that over the past 20 years, troops of the garrison have honored their missions and diligently fulfilled their duties.

"Along with the successful implementation of the principle of 'one country, two systems', the garrison is always one of the foundations of the stability and prosperity in Macao, supporting the continuation of the principle," it said. "Our soldiers have proved that they deserve the trust given by the motherland and the people."