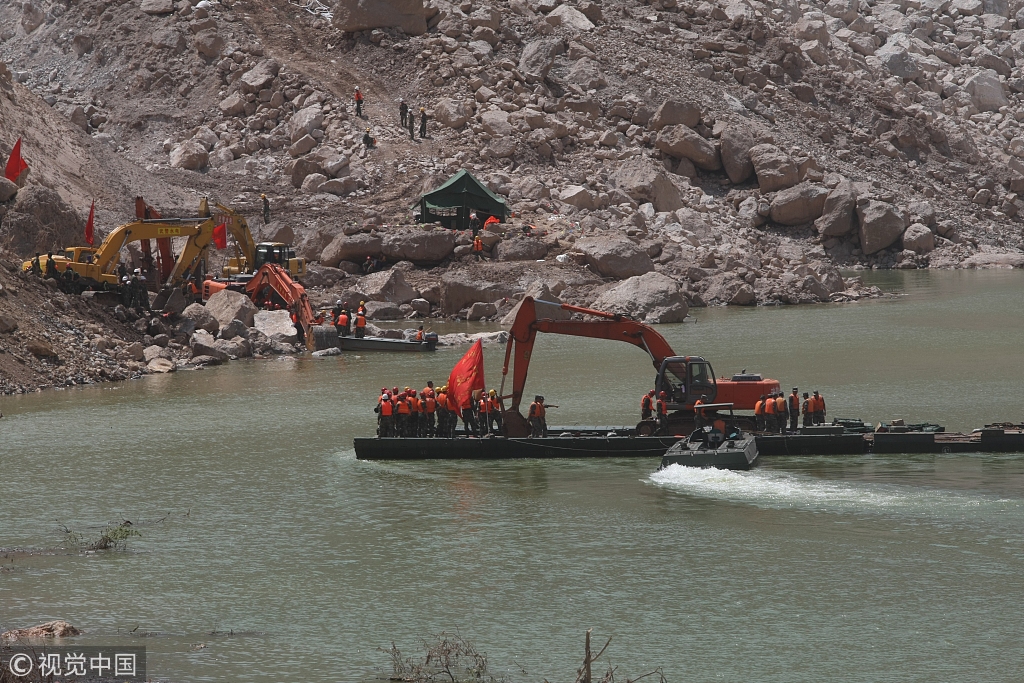 LHASA, Oct. 12 (Xinhua) -- A 25-member contingent deployed by the People's Liberation Army (PLA) is conducting disaster survey at the site of a barrier lake, formed after a landslide Thursday struck a section of a river in the border area of Sichuan Province and Tibet Autonomous Region in southwest China.

According to the PLA Tibet Military Command, the advance team is also working to set up satellite video transmission equipment and send more details back to the command center to facilitate following rescue efforts.

It said that an emergency rescue force has been assembled, comprising more than 200 officers and soldiers, 50 militiamen, six helicopters and engineering and medical personnel.

The landslide struck at about 7:10 a.m. Thursday in Bolo Township, Jomda County of Tibet's Qamdo City, forming a barrier lake on the section of the Jinsha River in the border area of Sichuan and Tibet. No casualties have been reported.

Water accumulated in the barrier lake reached 100 million cubic meters as of Thursday afternoon, prompting authorities at the lower reaches of the river to issue an emergency alert and the evacuation of thousands of residents.

In a sign of the complexity of the threat, the military command said a team of chemical defense soldiers is preparing for a blast mission, a commonly used method to clear the debris clogging the river.