Soldiers of the People's Liberation Army stationed in Southwest China's Tibet Autonomous Region carried out a military drill on Tuesday to test their logistics and armament support capabilities. 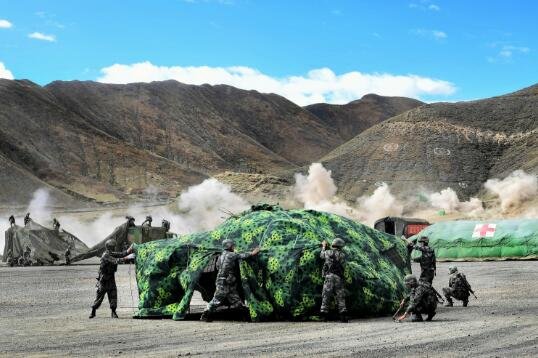 Photos: Xinhua
Analysts hailed the drill, which cooperated with local companies and government, as an important move toward military-civilian integration, a strategy to realize the country's goal of building a strong military in the new era. The Qinghai-Tibet Plateau has an adverse climate and complex topography. Over a long period of time, it is very difficult to provide soldiers with logistics and armament support. 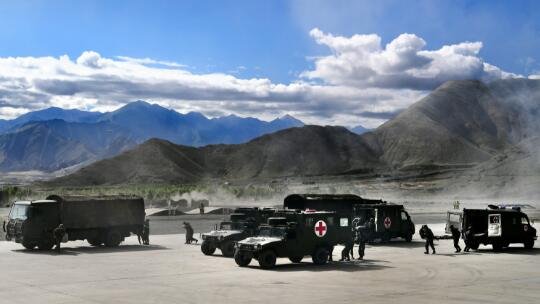 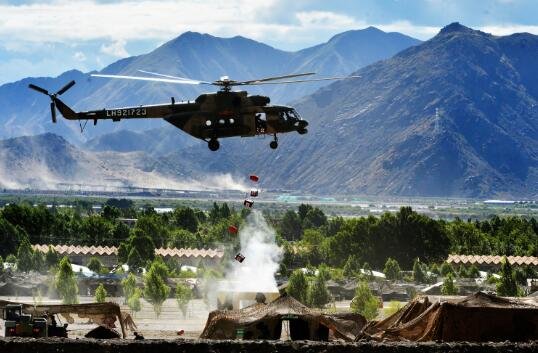 Zhang said that this drill aimed to explore a new mode of military-civilian integration in the plateau command following the reshuffle of the military system.
The Xinhua report said that during the drill, a local petroleum company supplied fuel immediately when the armored unit ran out of fuel and the city government of Lhasa delivered a steady flow of food to soldiers after a day of mock battle.
"The biggest challenge of battle at the high altitude is to provide sustainable logistics and armament support. In the 1962 China-India border conflict, China failed to protect its fruits of victory due to poor logistics support. Although local Tibetan residents provided soldiers with temporary support, it was not sustainable," Song Zhongping, a military expert, told the Global Times.
"The drill showed that military-civilian integration is a feasible strategy and could help form stronger combat power," he added.
PLA soldiers have conducted a series of drills to test their combat readiness. In August, PLA troops in the Tibet Military Command conducted a 13-hour drill at an elevation of 4,600 meters, China Central Television reported. The training was targeted at specific issues revealed in a high-altitude drill conducted in July.